Police say due to the severity of the crash the individual was pronounced dead on the scene. 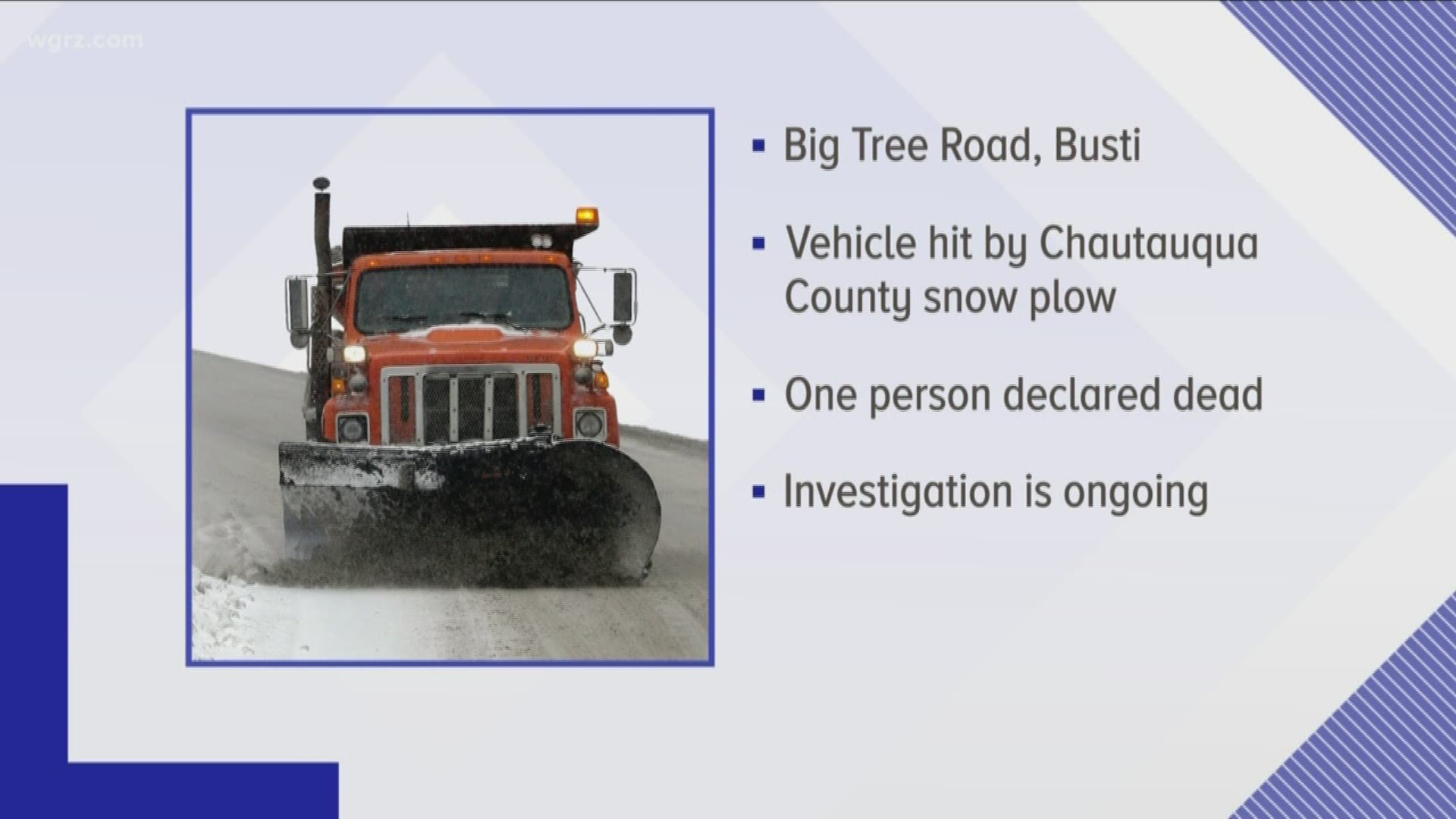 BUSTI, N.Y. — One person died on Tuesday after their car was hit by a Chautauqua County snow plow in the Town of Busti, according to the Lakewood-Busti Police Department.

Firefighters from the Lakewood Village Fire Department and the Busti Fire Department were both called to the scene on Big Tree Road. Police say someone was trapped inside the vehicle.

Firefighters used the jaws of life to remove the roof of the car to attempt to free the individual. Police say due to the severity of the crash the individual was pronounced dead on the scene.

Their identity has not been released at this time.

Police say the investigation is ongoing.