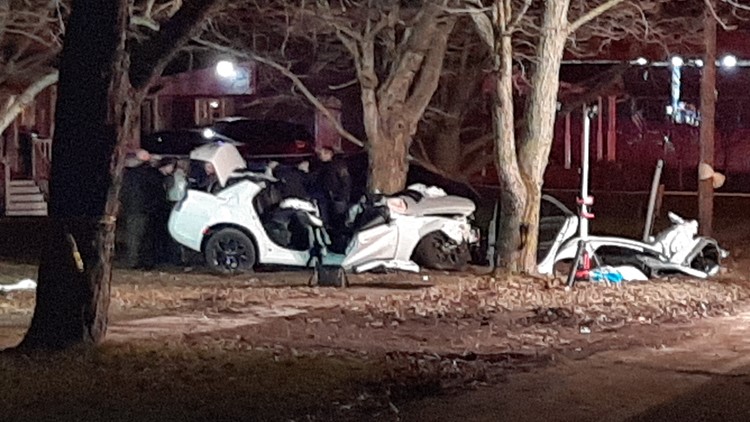 GENESEE COUNTY, N.Y. — The Genesee County Sheriff's Office is investigating a car crash which killed one person and injured two others Monday afternoon in the Village of Alexander.

Deputies say the crash happened on Route 98 around 4:21 p.m. following police pursuit from two different police departments. The vehicle refused to stop for officers in Warsaw and in Attica.

Attica Police eventually found the car crashed into a tree on State Route 98.

The driver of the vehicle, Cleveland Johnson, 22, was pronounced dead on the scene. The two passengers Clyde Frazier, 24, and Desarae Steriotis, 33, were both taken to hospitals by Mercy Flight for serious injuries. Frazier was taken to Strong Memorial Hospital and Steriotis was taken to ECMC.

Their current conditions are unknown at this time.

Police are investigating why the vehicle refused to stop for police.