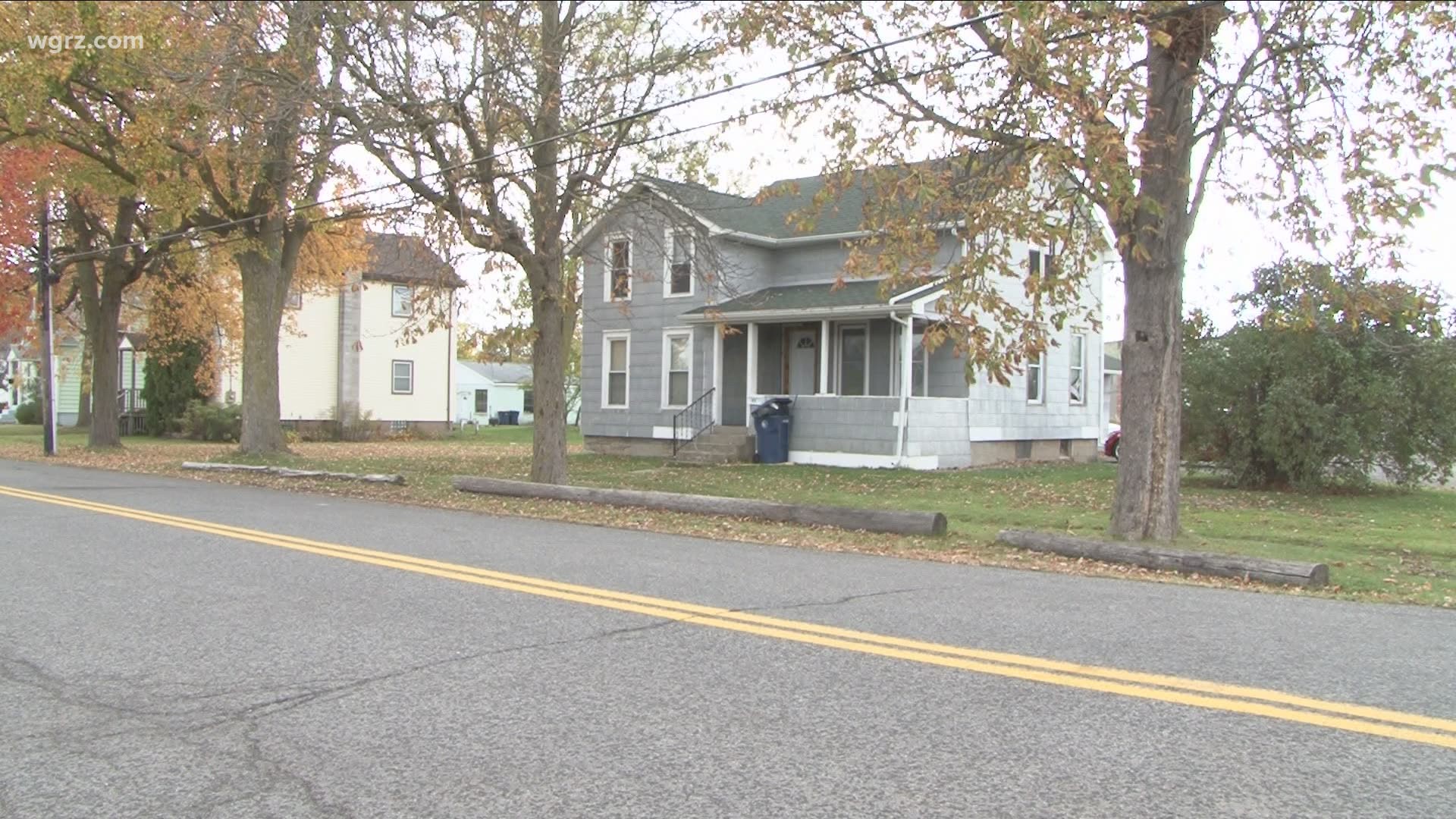 LOCKPORT, N.Y. — Six people were shot early Saturday morning at a large Halloween party, according to the Lockport Police Department. Investigators say one person was killed and five others were taken to area hospitals.

Police responded to 43 S. Niagara Street after getting reports of shots fired just after midnight. Once on scene, authorities said they learned six people had been shot, one of which died from her injuries. Police identified the deceased individual as Cheyenne Farewell of Medina, NY.

The five other gunshot victims were taken to area hospitals for treatment, according to police. The condition of those victims is still unknown.

A neighbor told 2 On Your Side she heard what she first thought were firecrackers going off just after midnight. But then she heard the sirens of responding police. She also saw a group of men flag down a police car and then carry the woman's body to the car to rush to the hospital. But she says people were saying she was already dead.

The neighbor also says she saw and heard other frantic parents rush to the scene to inquire about their children at the party. That included another police officer.

On Saturday night, a man at the home told 2 On Your Side he had nothing to say about the shooting and did not know why anyone would fire at the house.

This mass shooting incident stunned the Medina school community in Orleans County. High School English teacher Eric Hellwig told 2 On Your Side's Danielle Church that his son was a close friend of Farewell as they attended classes together in the district. An emotional Hellwig described her as a warm, vibrant young woman who was attending SUNY-Brockport with future dreams.

"She was just an outstanding person and she really wanted to make a difference," Hellwig said. "I mean she wanted to be a teacher and that was the major reason why. She inspired us."

Cheyenne Farewell of Medina was killed in a shooting overnight in Lockport. 5 others were hospitalized. She graduated Medina High School in 2018. I’m told Farewell was studying @ SUNY Brockport to become an English teacher & “make a difference” as her teachers did for her @WGRZ pic.twitter.com/pjpqiwFrGo

Medina School Superintendent Mark Kruzynski pointed out that Farewell was a popular student who was in Advanced Placement courses, played soccer, and was a cheerleader.

Kruzynski says two other current Medina students, in the 10th and 11th grades at the high school, were also shot and hospitalized, but he says it appears their wounds are not life-threatening.

The Medina School District will offer extra counseling for students, teachers, and other staffers on Monday. He told 2 On Your Side this when asked about the impact on students.

"We are so sorry that this has happened and we're here for you," Kruzynski said. "We're here to support you and anything you need - reach out and the school will be here to help."

City of Lockport Mayor Michelle Roman released a statement Saturday evening saying in part, "Everyone in our community has the right to feel, and to be, safe in their homes. Our police department is diligently continuing to investigate this crime, along with our partners from the district attorney's office, county, and regional task force. Our community will get through this by supporting one another and working together."

One city council member told WGRZ there have been some violent incidents in the city lately, but did not know if this shooting was in any way connected. City officials have also been hesitant to say if there is any gang related violence in Lockport.

The incident is still under investigation. Lockport Police, who were not available for an interview with Channel 2, are asking that anybody with information about the shooting to contact detectives at (716) 433-7000 or the department's confidential tip line at (716) 439-6707. Information can also be reported through the STOPit app by using the code LockportPDTips.