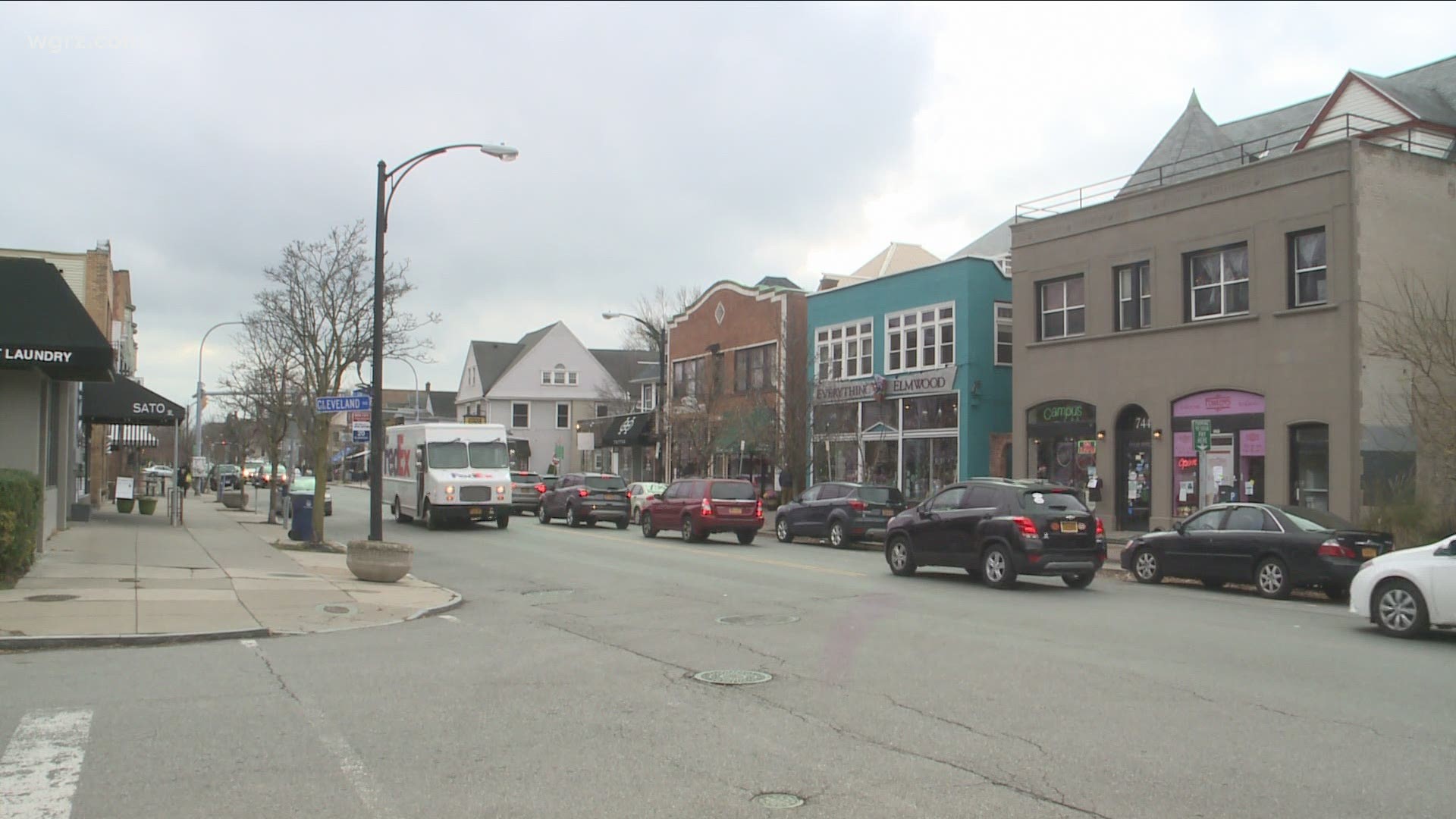 BUFFALO, N.Y. — There is still no official word from the state on whether Buffalo and other parts of Erie County will be designated a red zone.

If that were to happen, there would be numerous impacts, including all non-essential businesses would need to close.

There were no announcements Tuesday from Governor Andrew Cuomo on WNY cluster zones -- one day after the governor said Buffalo and areas around the city are on track to being red cluster zones.

Erie County Executive Mark Poloncarz has said that the state is looking at a week's worth of data before making any additional decisions on cluster zones.

"I kind of set up my business with going red in mind and another potential shutdown happening," said Johanna Dominguez, who runs Put a Plant On It in the Elmwood Village, which opened during the pandemic. She says she'll adapt, if forced to shut her doors.

Some retailers say going completely digital won't be so easy. 2 On Your Side spoke to Crista Penner, the owner of Shop Craft a gallery and gift shop on Elmwood.

"For us, it's especially challenging because we stock one of a kind items so we don't have a lot of stock photography. So being able to try to get all that online digitally is a lot of work for us," Penner said.

As for business right now, some retailers tell us they've seen an uptick in holiday shopping sales since parts of Erie County including Buffalo were designated orange cluster zones -- forcing gyms and personal care businesses to close.

"It's been a nice boost for us. Our sales are certainly up as people are definitely trying to get in here when they know they still can we do anticipate a dip when we go into a red zone if that is the case," Penner said.

A spokesperson for the county executive says there's no new info to report on cluster zone designations.

Meantime, up in Niagara County, the chairman of the county legislature tells us, she has heard of a slight uptick at beauty salons, since parts of Erie County went into the orange zone last week, resulting in hair and nail salons and other high-risk non-essential businesses shutting down.

"Some businesses are reporting a little bit of an uptick, but nothing overwhelming at this point," said Niagara County chairman Rebecca Wydysh, "what I'm seeing is comments on Facebook social media posts where people are commenting from Erie County oh well, we’re just go to Niagara County we’ll head into those areas instead."