James Bottlinger, a Lancaster resident says Father Michael Freeman, who died in 2010 abused him and others when they were boys. 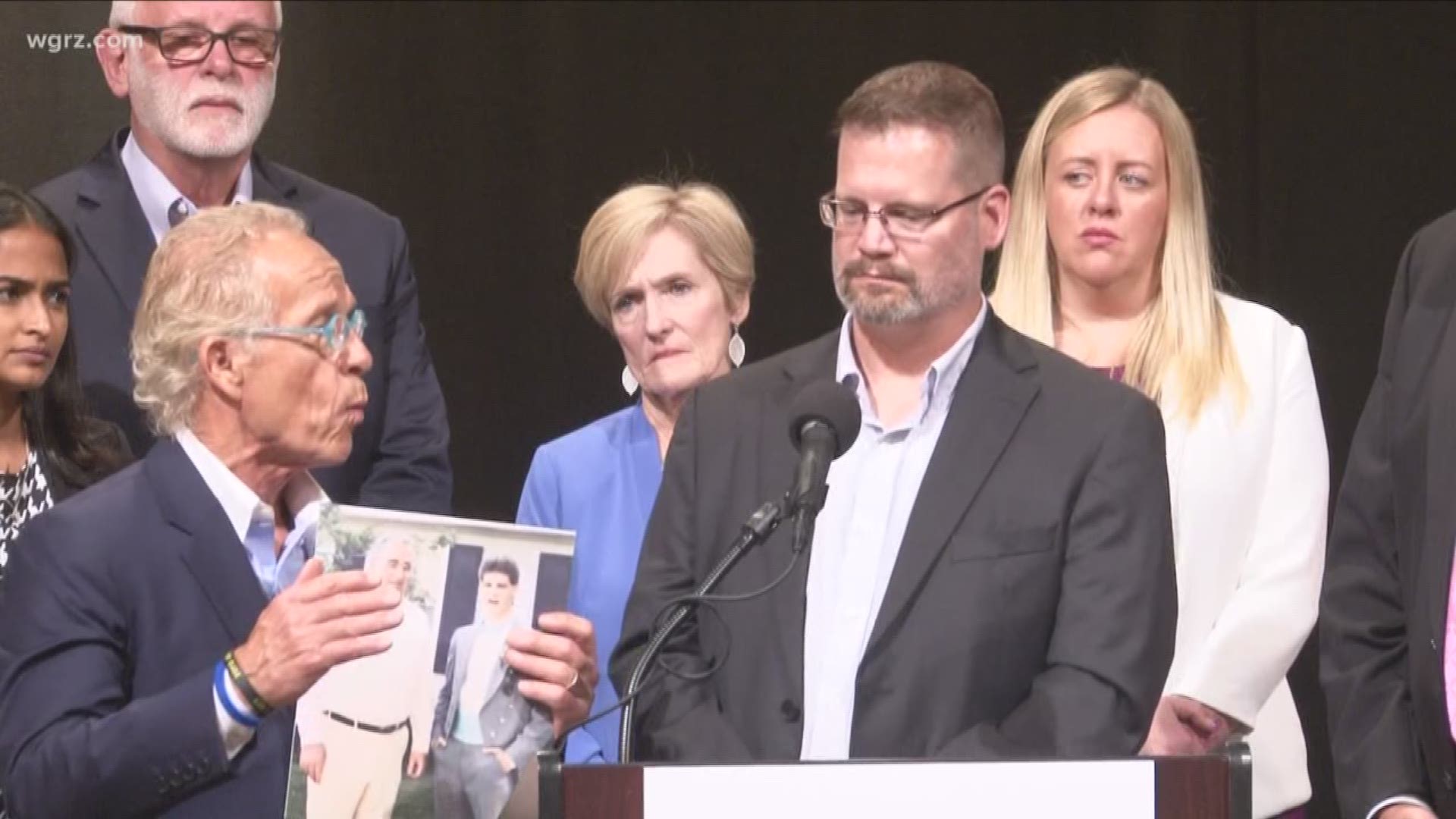 BUFFALO, N.Y. — A Western New York native, who claims a now-deceased priest in the Buffalo Diocese abuse him in the 1980s, has revealed his identity. And not only that, he is speaking about why he is going public.

James Bottlinger, a Lancaster resident says Father Michael Freeman, who died in 2010 abused him and others when they were boys.

This is the first time that Bottlinger has publicly discussed the abuse he says he experienced from Father Michael, and how in his words, the diocese decades ago, shuffled Freeman around to protect him.

Late last year, Bottlinger says he was offered $650,000 from the Diocese to settle his claim against the church, but declined that offer after the Child Victim's Act passed.

The change in the law allows victims to sue their abusers until the age of 55 -- previously the age limit was 23.

Bottlinger says this is not about money.

"I discussed it with my family and we decided that's really not the right thing to do to just take money and go away because the church is still just not being transparent, I wanted treatment records, I wanted communications," Bottlinger said.

Bottlinger says he works as a high school counselor on an Air Force military base near Japan.

His attorneys plan to file a lawsuit against the Diocese -- possibly later this year.

Bottlinger says he hopes to learn why the Diocese allowed Father Michael to remain in the church.

2 On Your Side has reached out to the Buffalo Diocese for a response, we are awaiting to hear back.