As the plant-based supplement grows in popularity, medical experts question its health benefits. 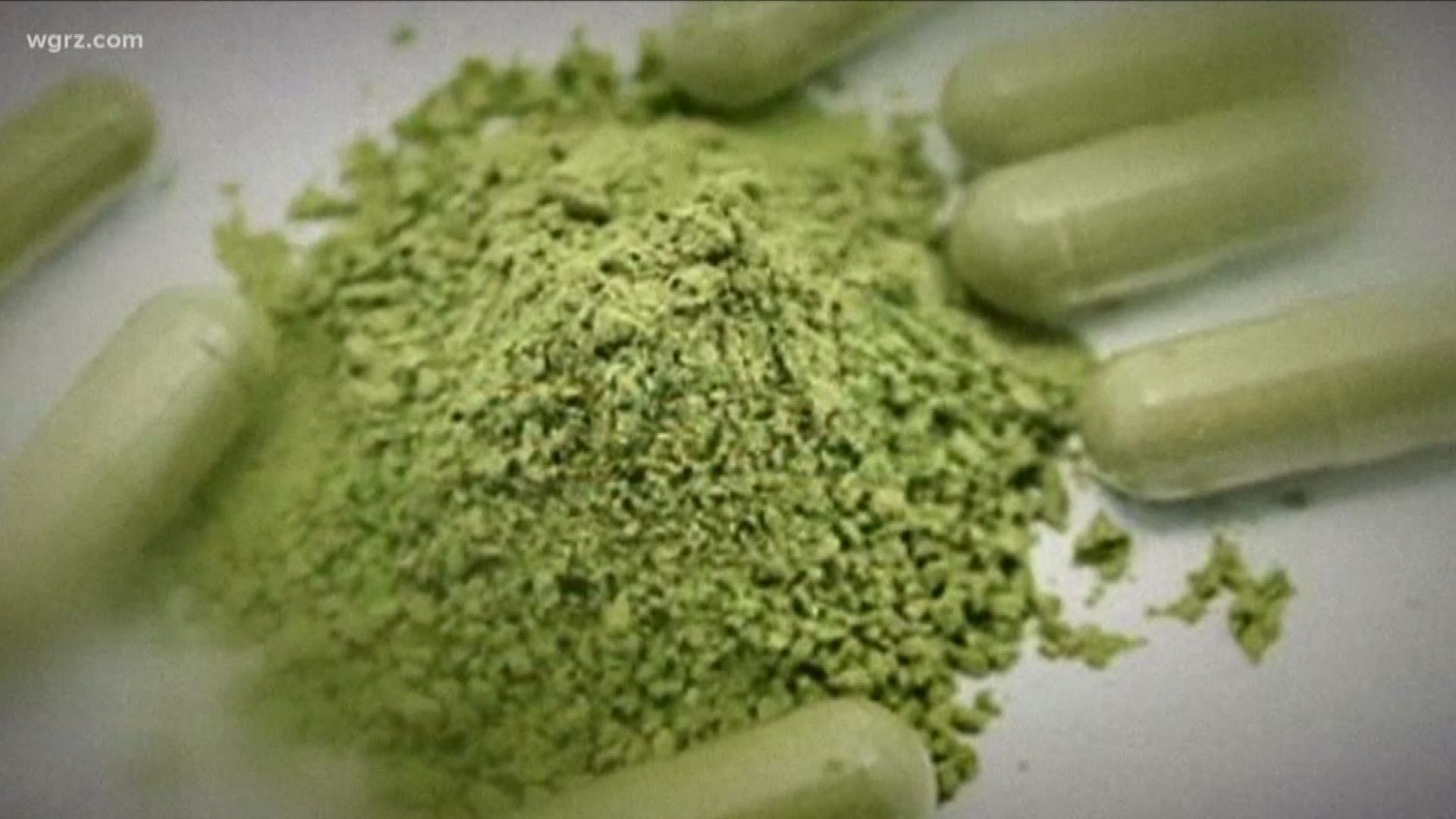 BUFFALO, N.Y. — Sam Pasceri said his world was turned upside down just a few years ago when a serious accident left him with several fractures and broken bones.

"I was given a rather large amount of opioids," said Pasceri.

Like millions of people, his body started to rely on those drugs.

Pasceri explained, "Doctor came back and said, 'you know you're really destroying your kidney and liver. You might have ten years before you're gonna have to have a transplant maybe."

Looking at him today, you'd never know. He believes that's because of a plant-based supplement called Kratom.

You can purchase Kratom over the counter or on the internet, but it's not approved by the FDA.

"There are a couple of components in Kratom that can act very similar to opioid substance and so there's a link towards addictive potential," said Dr. Praveen Chandrasekharan of the Jacobs School of Medicine and Biomedical Sciences at UB.

Dr. Chandrasekharan said Kratom has reportedly shown a potential to cause withdrawal in babies born to mothers who used it.

He told 2 on Your Side at this point we just don't know enough about the drug to promote it.

Dr. Chandrasekharan added, "When the FDA says it needs to regulate it, it's definitely a concern."

There is a chance the government will at some point ban Kratom in the U.S.

That's something Pasceri fears every day.

"What they need to do is listen to the people -- people like me. I'm proof that it works and can save a life."

RELATED: Herbal supplement kratom is tied to more US deaths