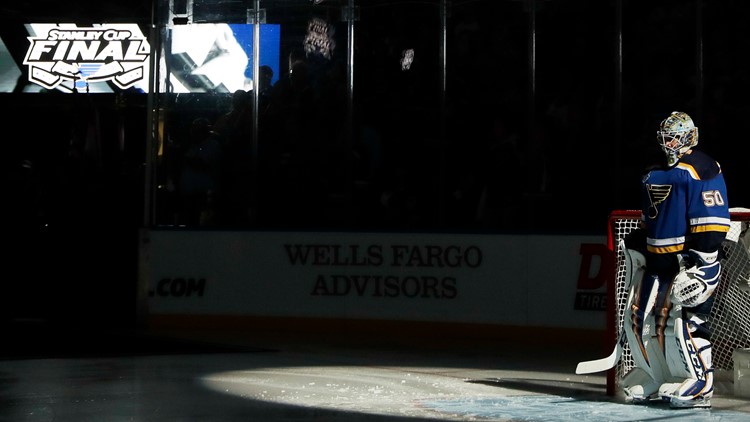 I couldn't sleep. I mean, could any of St. Louis?

17 hours from the time I started writing this, the Blues will be playing for a chance to win their first Stanley Cup in franchise history and June 9, 2019 could be a date we all remember for the rest of our lives.

After 52 years of existence, you really do wonder if it's ever going to happen. Is this franchise we've put so much of our time, energy and love into ever going to give us the payoff we've all been waiting for?

If the Blues were ever going to win a Stanley Cup, this is the team and the story line to make it happen.

RELATED: The Cup is in St. Louis

RELATED: Follow our Blues Plus Podcast throughout the Stanley Cup Final

RELATED: Blues one win from Cup after 2-1 win over Bruins in Game 5

All under the watch of a coach who's taken over the identity of this team and a goaltender I'm still not sure is from this planet.

No matter how many times this team gets punched in the face, they get back up. The 2019 Blues are the reason we love sports so much to begin with. They're the ultimate metaphor for life.

No matter how many times life tries to beat you down, just get back up. You never know what might happen if you give yourself a chance.

The 2018-2019 Blues season has read like a movie script. Actually, I don't know if you could write a script this good with this many compelling characters.

Now we've reached act three. It's time to cap off this classic with a Hollywood ending.

RELATED: Not your average job: 'Keeper of the Cup' has front seat for history

But this town's half century devotion and pure love affair with its hockey team is something special.

We love the Blues.

They break out hearts, but we continue to come back for more every year.

But not this year.

This is the year we finally hope to walk down the aisle with our beloved hockey team, and see the Stanley Cup waiting at the altar.

This is the year we hope to see Bob Plager, Brett Hull, Bernie Federko, Chris Pronger and the rest of the loyal Blues alumni get the thrill they wanted so badly as players in St. Louis.

This is the year we hope to stop being the butt of jokes from Chicago fans asking how we're able to drink in St. Louis without any "cups".

This is the year we hope to finally get that parade to end all parades down Market Street.

Hope is something the Blues have always given us. It's why we're all still so enthralled in this run even though the city has been waiting for half a century.

Hope has St. Louis primed to explode on Sunday.

All we can do is hope the team we all love can turn it into reality.