'We're hurt, we're sad' | Mooresville community mourning the loss of K9 Officer shot and killed in the line of duty

K9 Officer Jordan Sheldon was with the Mooresville Police Department for six years. He was shot and killed during a routine traffic stop. 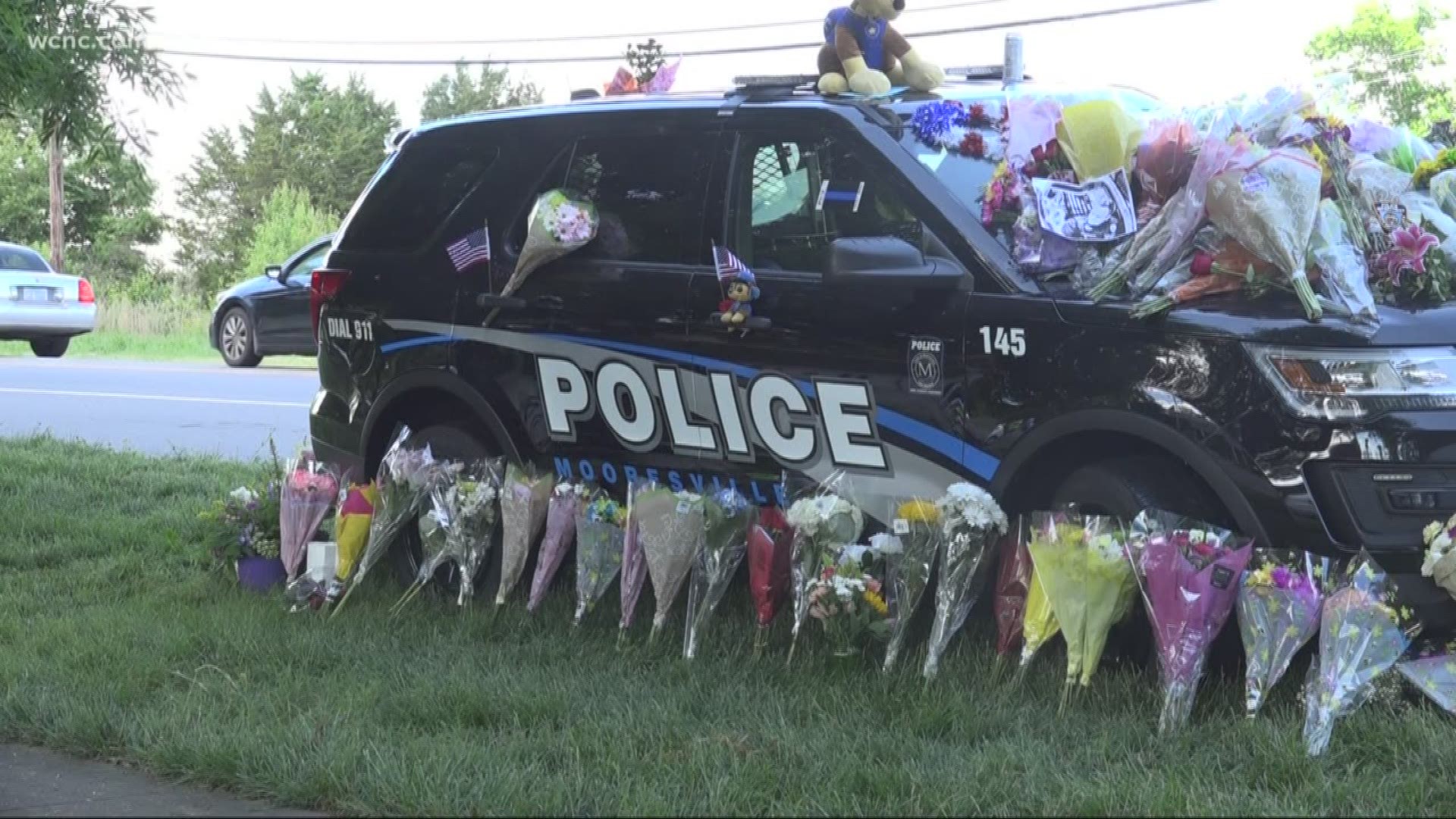 MOORESVILLE, N.C. — The Mooresville community is currently mourning the loss of one of their K9 officers.

Mooresville police said 32-year-old Jordan Harris Sheldon was killed in the line of duty late Saturday evening. Sheldon, a six-year-veteran with the Mooresville Police Department, was performing a routine traffic stop when at some point he was shot and killed.

"I don't think words can compare to how my officers are feeling," Police Chief Damon Williams said in a news conference Sunday. "We have a lot of questions. We're angry."

Police report Sheldon was transported to the hospital but later died from his injuries.

"We're hurt, we're sad," Chief Williams stated. "It's a roller coaster of emotions that we're dealing with this morning."

Police said the suspect, 28-year-old Michael Yovany Aldana, fled the scene following the shooting but was later located in a nearby apartment.

Mooresville Police said Aldana was found dead from a self-inflicted gunshot wound inside the apartment.

According to police, Aldana was known to police, but a motive for the shooting is unknown at this time.

Both Chief Williams and Mooresville Mayor, Miles Atkins, asked the community to stand with the officers who are still on the streets.

"They're hurting, and what I'm asking from the community is their support," Chief Williams said. "I want you to engulf our officers this week. They need to know you care."

The morning following the shooting, Officer Sheldon's body was taken from Atrium Main to the Mecklenburg County Medical Examiner’s Office. Law Enforcement family members helped to guide him every mile.

"We mourn the tragic loss of Mooresville police officer Jordan Harris Sheldon. I have spoken with Chief Damon Williams to convey condolences from all North Carolinians and to offer any assistance."

Sheldon's K9 partner's name was Ramon. According to Mooresville Police Ramon is a Belgium Malinois.

Several community members have been showing their support for Sheldon and the Mooresville Police Department with a makeshift memorial for the fallen officer.

All afternoon Sunday, there was a steady stream of people stopping by the police department to pay their respects, dropping off flowers and signing messages.

A crowd came together — whether they personally knew Officer Jordan Sheldon or not — wanting to honor his life.

People in attendance told NBC Charlotte they felt it was the least they could do to celebrate his life.

The Billy Graham Rapid Response Team was available at the McDonald's at 109 Limerick Road in Mooresville at 4 p.m. Sunday to counsel officers and community members, according to the Mooresville Police Department.

The Mooresville Police Department said in a Facebook post they have been "overwhelmed by the response we have received from our community, asking to host events, tributes, memorials, and to give donations."

They have a liaison with the family and are waiting to hear from the family on how they would like to proceed.

The investigation is still ongoing with local and state law enforcement agencies involved.