Travis Clark, the pastor of Sts. Peter and Paul since 2019, was booked with obscenity last week for the alleged encounter. 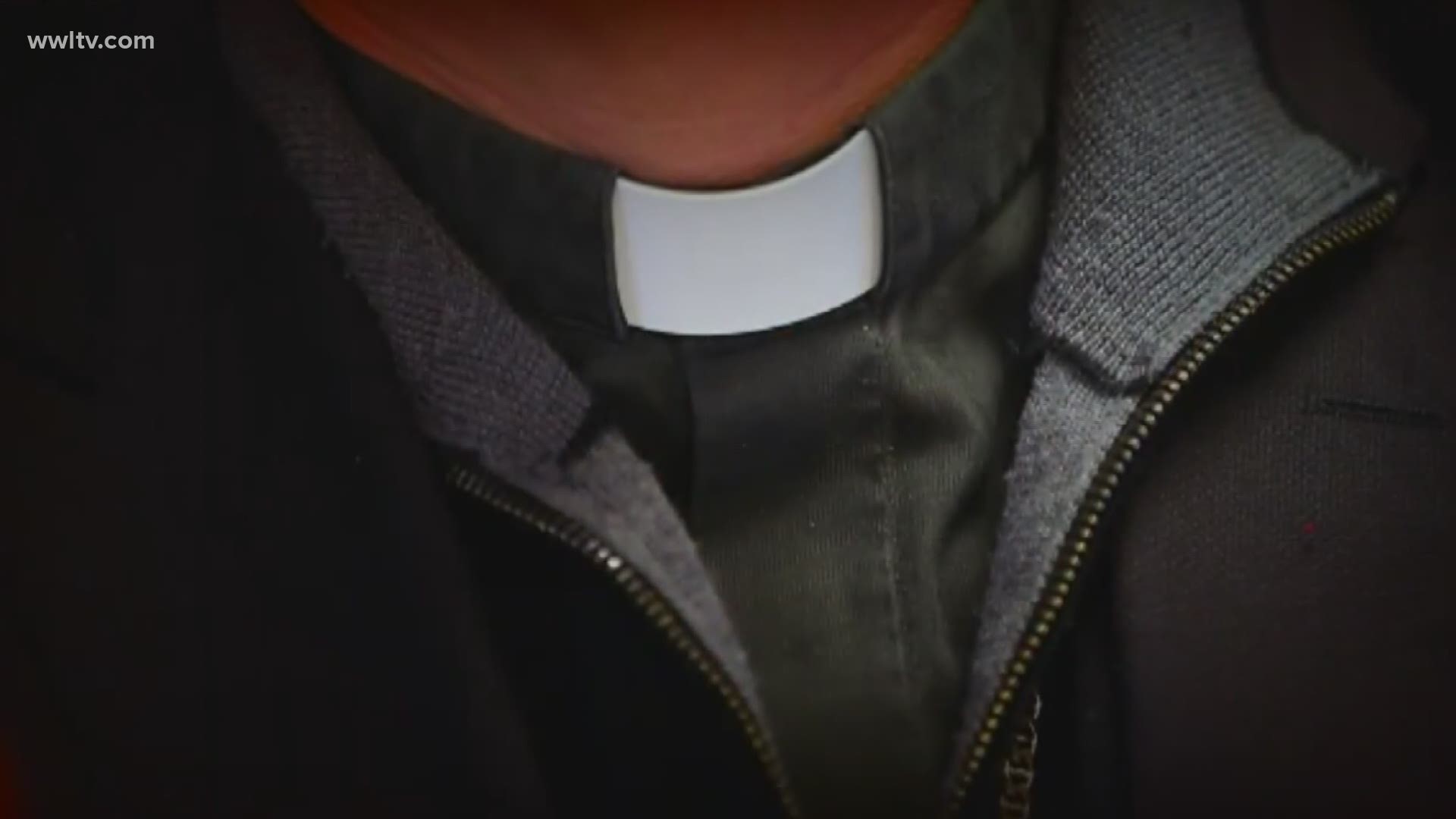 Court documents filed by Pearl River Police state that a passerby saw the lights on inside Sts. Peter and Paul Catholic Church near 11 p.m. on Sept. 30, and stopped to witness the shocking actions of the church’s pastor.

Peering through glass doors and windows, the person who called police allegedly saw the Rev. Travis Clark, 37, half-naked on top of the altar, according to documents reviewed by The Times-Picayune | New Orleans Advocate in its joint investigation with WWL-TV.

The complainant reported seeing two women in high heels and corsets on the altar with Clark, wielding sex toys. Stage lights were set up, as was a cellphone and camera, both mounted on tripods. All three were allegedly having sex together.

The passerby took a cell phone video and called the Pearl River police, who arrived at the church, viewed the footage, and arrested the group on accusations that they were having intercourse in a publicly visible place, the documents said.

Clark, the pastor of Sts. Peter and Paul since 2019, was booked with obscenity last week for the alleged encounter.

The two women, 23-year-old Melissa Cheng and Mindy Dixon, 41, were also booked on the same count as Clark, which police justified by alleging the “obscene acts occurred on the altar, which is clearly visible from the street.”

The arrests came shortly before a different north shore priest, the Rev. Pat Wattigny, reportedly disclosed on Oct. 1 to Archbishop Greg Aymond that he had sexually abused a minor in 2013.

Aymond removed Wattigny from public ministry last week and added him to the archdiocese’s list of clergy whom the church believes have credible accusations of molestation against them.

Clark, who was ordained in 2013, had recently been named chaplain of Pope John Paul II High School in addition to his duties at Saints Peter and Paul. He replaced Wattigny as chaplain after Wattigny resigned from that position in the summer over inappropriate text messages sent to a student.

Pope John Paul II’s principal on Tuesday sent a letter to school parents rebuking Aymond for waiting until last week to tell him that Wattigny had been under investigation for those texts since February.

Bill Arata, an attorney representing a student who received texts from Wattigny and a father of another Pope John Paul II student, said the students are struggling with the news.

“Today is one full week to hear two incredibly disappointing events and to say that an in-house deacon can provide counseling to these kids when the deacon has children at the school would be the equivalent of sending me to do it,” Arata said. “I don't think it's appropriate. I think they need world-class crisis intervention. It's obvious now they need it.”

The archdiocese announced it had suspended Clark from ministry the day after he was arrested.

Attempts to contact Clark, Chen and Dixon weren’t immediately successful. Later Thursday, Chen blocked a WWL-TV reporter from her social media account and Dixon posted a video of a devil gyrating with the words "this is my official (expletive) statement." All three have bonded out of jail pending the outcome of the case.

Cheng also posted on social media that she was "off to NOLA to film with a new friend tomorrow" and named Dixon's social media account.

In Roman Catholic tradition, the altar is among the most sacred of church spaces, serving as the focal point of the Mass and the place where a priest consecrates the Eucharist during the sacrament of Holy Communion.

According to church law, known as Canon Law, when sacred places are violated, they must be “repaired by penitential rite” before they can be used again in the Mass.

Days after Clark’s arrest, Aymond went to Saints Peter and Paul and performed a Catholic ritual to restore the altar’s sanctity.

The church is vague on the specific acts that would constitute a desecration, but the Code of Canon Law says that a violation of a sacred place occurs “by gravely injurious actions done in them” that are “contrary to the holiness of the place.”

Aymond sent a letter to parishioners at Sts. Peter and Paul on Monday saying the Rev. Carol Shirima would replace Clark beginning this coming Sunday.