'Somebody needs to solve this robocall problem'

2 On Your Side contacted Western New York's federal lawmakers to find out their strategies for stopping these annoying recorded calls. 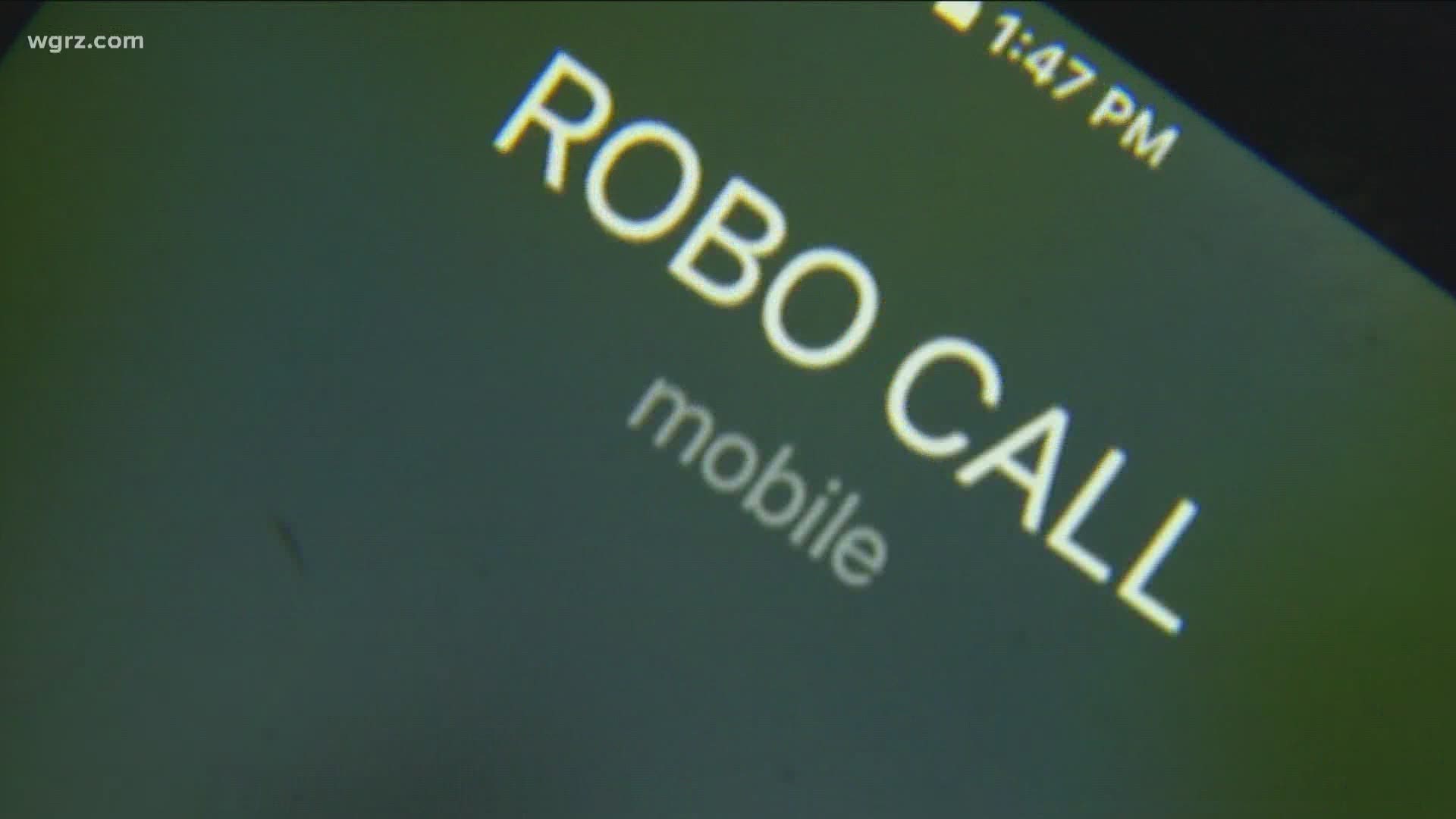 “I pay for this. This is, this is mine. So, I feel that I should control it,” McIntyre says about her cellphone that is pelted regularly with illegal robocalls.

McIntyre is a grandmother, whose daytime duties include caring for two grandchildren, which is frequently interrupted by robocalls. “It’s annoying because I’m usually in the middle of doing something,” she said.

During the month of May, 2 On Your Side ran a series stories about robocalls. Based on the number of responses, the stories have touched a nerve among lot of our viewers.

Cindy Zenosky says she once asked to be taken off a robocaller’s call list only to be f-bombed by the person on the other end of the line.

“I said something like, ‘I’m going to report you’ or something like that, and he just laughed. They just know that they’re not going to be caught,” Zenosky said.

Several viewers sent us screen shots of robocall numbers they have blocked. For one viewer, it was over 400 phone numbers, and the robocalls still kept coming.

2 On Your Side received dozens of emails in the last two weeks with all sorts of complains and robocall horror stories.

“One day had 40 calls in four hours.” – Maryann Miller

There is a federal Do Not Call list that is intended to keep your phone robo-free, but lots of viewers note it is ineffective.

“(Do Not Call list) doesn’t seem to work.” – Lorraine Dluga

“The Do Not Call list is a joke!” – Martha Zell

2 On Your Side did speak with one man whose favorite tactic for robocalls is to get a real person on the line and then give them a long, loud blast from a referee’s whistle. It made the man feel better, but didn’t stop the calls.

And then some you viewers clearly just wanted to vent about these annoying robocalls.

“This just has to stop!” – Jane Logan

“Somebody needs to solve this.” – Ray Paolini

On that last point, we asked McIntyre if she ever talked to federal lawmakers about doing something to stop robocalls.

Her answer was no, so we asked for her.

2 On Your Side contacted Western New York’s federal lawmakers and asked him what they have done, or are going to do, to address this digital plague of robocalls descending on consumers in our region and across the country.

“During the last Congress, we approved the TRACED Act. Implementation of this legislation is underway and is a good step forward to help hold violators accountable and protect consumers,” Higgins said.

The TRACED Act extends the statute of limitations on illegal robocalls, buying more time for investigators to build criminal cases. In March, the law played a role in the FCC crackdown down on a Texas-based outfit responsible for a billion robocalls. John C. Spiller and Jakob A. Mears, who ran the robocall operation, were socked with a $225,000,000 fine.

Federal regulators lament that often what makes robocalls difficult to track, let alone stop, is that so many of them originate or get bounced into the US from other countries.

Rep. Chris Jacobs (R-Clarence) says because robocalls are invading the country, the subject needs to be a part of America’s foreign policy talking points.

“I think if we’re going to be partners and doing a variety of things, this has elevated up to such a significant issue that I think this should be in all discussions of diplomacy,” says Jacobs.

Unfortunately, Congressman Tom Reed (R- Corning) and Democratic U.S. Senators Kirsten Gillibrand and Chuck Schumer did not respond to our robocall questions despite multiple attempts to get some kind of comment.