While first responders are getting fewer reports of opioid overdoses in the City of Buffalo, experts quickly warn that the epidemic is still very severe. 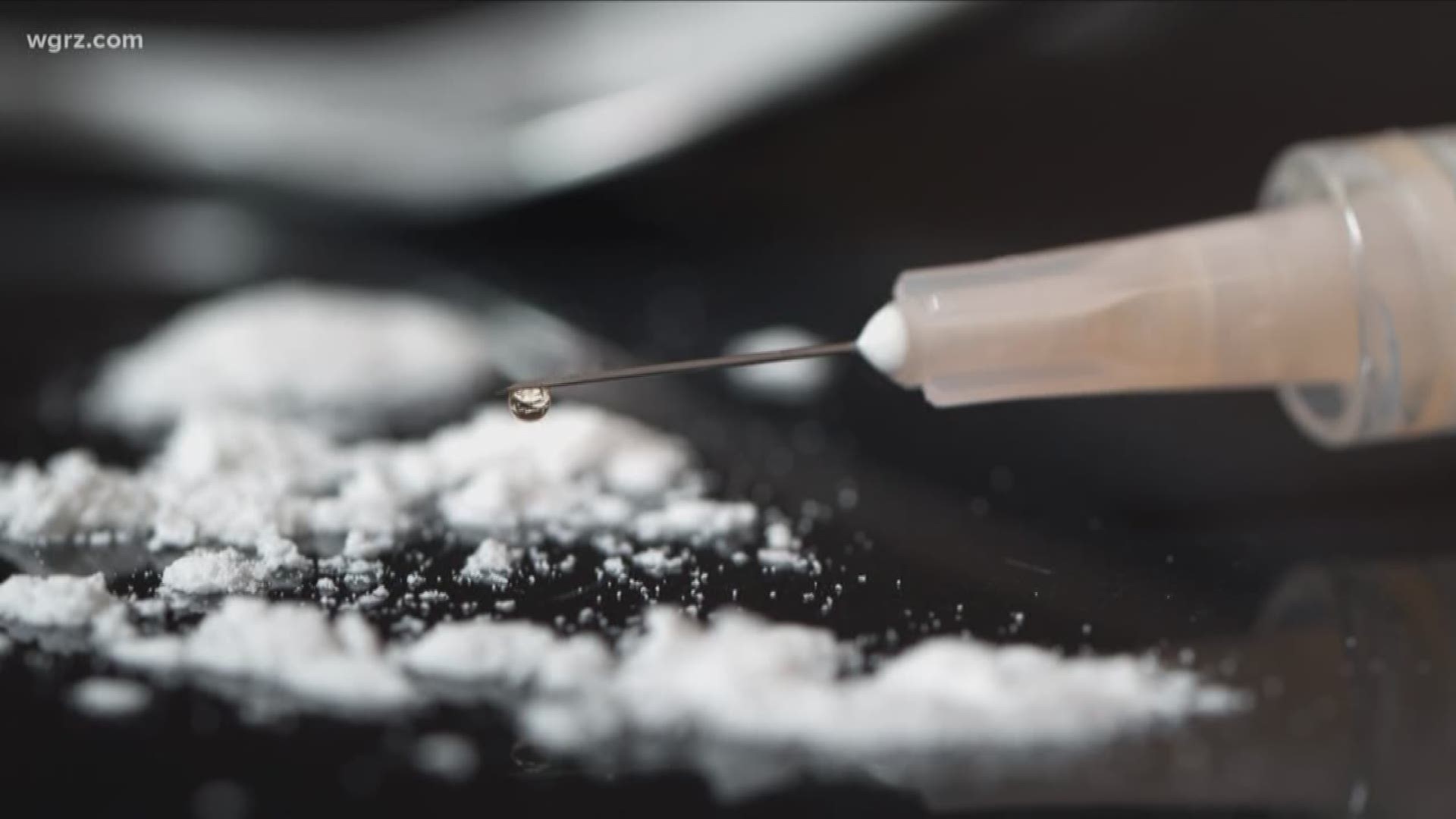 BUFFALO, N.Y. -- Christopher Walsh is proof you should never give up on someone addicted to drugs.

"It spirals out of control so quickly," Walsh said, noting that his addiction started after surgery when he was prescribed Lortabs.

He eventually turned to heroin and overdoses 7 different times.

"[Now] you realize the insanity of it all," he said.

On his 40th birthday, Walsh made the decision to seek treatment, and he's been in recovery ever since.

"Now looking at it, being through it, it's hard that I didn't make the choice sooner, but you're only ready when you're ready," Walsh said.

He knows he was on his way to being part of a horrifying statistic: 1,031 people died in opioid overdoses in Erie County alone over the 5 year period from 2013 to 2017.

"It took seven times for me to wake up," Walsh said.

Numbers provided by the office of Buffalo Police Captain Jeff Rinaldo show the epidemic really started to show up in 2015 before skyrocketing a year later. In March 2016 alone, cops, firefighters and other first responders in Buffalo responded to 142 overdoses.

The numbers slowly started to decline, and the first four months of 2018 show a 60 percent reduction in overdose calls compared to the same time period two years ago at the peak of the crisis.

"What kind of relief was that?" 2 On Your Side's Michael Wooten asked Rinaldo.

"It was very cautious optimism," he responded.

Captain Rinaldo said the big spike in overdoses in the first half of 2016 was due in large part to fentanyl-laced heroin flowing into our region.

"Once that started getting introduced, you saw the deaths just stacking up," Captain Rinaldo said. "I mean literally 2 or 3 deaths a day."

Law enforcement cracked down on the fentanyl trade and educated users on the dangers. Both helped; however, the progress goes far beyond that.

Kelly Whitman is on the front lines in the fight to get people into treatment. She's vice president for substance use disorder services and housing for BestSelf.

She said a key improvement has been getting more people medication-assisted treatment more quickly.

"We have decreased that time frame to 24 to 48 hours," Whitman said. "So when somebody comes in who's struggling with opioid use, we get them immediately in to see a counselor, and then they're assessed by a prescriber within 24 to 48 hours."

For many people in recovery, medication like Vivitrol or Suboxone makes all the difference.

"We have people who are able to go to work, take care of their families and lead productive lives, and they will require medications long-term, and that's okay," Whitman said.

Another medication that has saved lives is NARCAN, which reverses an opioid overdose. The new data from the City of Buffalo shows first responders have administered NARCAN or Naloxone 817 times since the start of 2016.

"It's an unbelievable amount of lives [saved]," Captain Rinaldo said, adding that it was an easy decision to equip every BPD patrol officer with the medication.

"It almost is like a miracle drug," Captain Rinaldo said.

While there is some encouraging news surrounding the opioid epidemic, it's far from over.

"By no means does anybody think that we've solved this problem," Captain Rinaldo said.

Whitman agreed. "Over time, it has gotten better, but we're still not where we need to be," she said.

Many have credited the success in combating the crisis to the local coordination between treatment experts, law enforcement, those in the medical field, the courts, first responders, elected leaders and others.

"We're just not willing to accept any one particular problem," Captain Rinaldo concluded. "I just think, you know, it's Western New York. We just don't take no for an answer."