A lack of sales is the main factor at the center of the ongoing struggle to build a sustainable medical cannabis program in New York State. 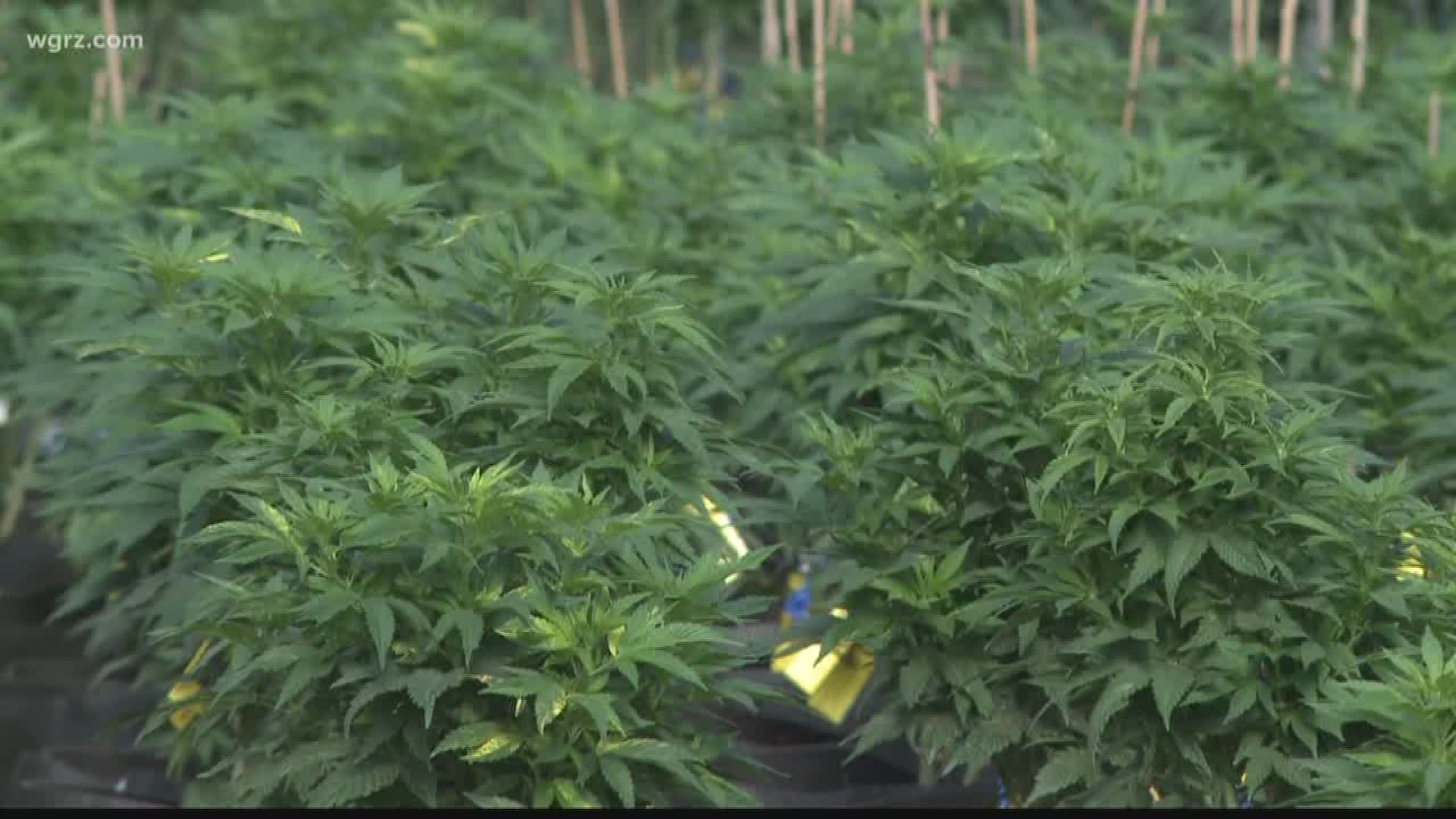 BUFFALO, N.Y. -- Buffalo is about to get its first ever medical marijuana dispensary as the program expands statewide; however, the fledgling program faces its share of obstacles: Tepid doctor interest, limited certified patients and a restrictive law that makes access difficult.

The main factor at the center of the ongoing struggle to build a sustainable medical cannabis program is a lack of sales.

Nearly two years since its launch, the program's five registered organizations that grow, manufacture and sell the medicine have combined for a gross of under $18 million before any taxes, expenses and other overhead costs, according to a 2 On Your Side analysis of state tax records.

Revenues have steadily increased in recent months, as have the number of certified patients, giving hope that the program is heading in the right direction.

But the still-limited sales figures have medical-marijuana companies questioning how long the state can feasibly sustain the program, particularly as the Department of Health moves to add give new companies in the mix. The existing ones are struggling to turn a profit.

"I believe this to be a true statement, which is no registered organization has made even a penny in profits since Day One," said Ari Hoffnung, CEO of Vireo Health of New York, which operates a growing facility and four dispensaries.

The state collected just $372,000 from the excise tax in 2016, suggesting the five companies generated $5.3 million in revenue during that time period.

So far in 2017, sales have increased dramatically. In September alone, sales topped $2.4 million, the first month to surpass the $2 million mark.

Gov. Andrew Cuomo's Budget Division initially projected $4 million in marijuana tax revenue for the first fiscal year, which would have required more than $57 million in revenue. Sales weren't even close to that level.

Colorado charges a 2.9% tax on medical marijuana sales. In 2016, the state collected $12.2 million from the tax, meaning revenues were about $419 million.

That state has about 500 licensed medical marijuana stores, compared to just 20 currently in New York.

In California, there are about 1,000 licensed dispensaries, which brought in about $575 million in taxable sales for the first half of 2016, according to the California State Board of Equalization.

Even with the uptick this year, the data remains troubling for the New York marijuana industry.

Consider this: In August, the tax data shows the companies had gross revenues of roughly $2 million. If the average customer paid $200 that month for their products, that means there were a total of around 10,000 active customers. That's only about a third of the 31,116 patients who were certified at the time.

Many customers have told 2 On Your Side they stopped getting marijuana through a legal dispensary due to the cost. They're either obtaining the medicine illegally or doing without.

"New York State's Medical Marijuana Program has always been about patient care, not profitability or tax revenue," said Jill Montag, a spokesperson for the Department of Health.

However, without profitability, critics worry about the long-term future of the program.

"No business could incur operating losses in perpetuity," Hoffnung said. "That's not a business. That's a non-profit organization. That's not how this market was structured."

Landon Dais, political director for the Marijuana Policy Project of New York, hopes the state can continue to improve the system, because right now, too many people lack access to the medication.

"They are willing to skirt the law in some instances to make sure they can get their medicine at an affordable price," Dais said. "They're willing to take that chance, because these people are living in pain in and out every day."