Police say a California woman was part of a sophisticated international scam that cost a Minnesota couple more than $200,000. 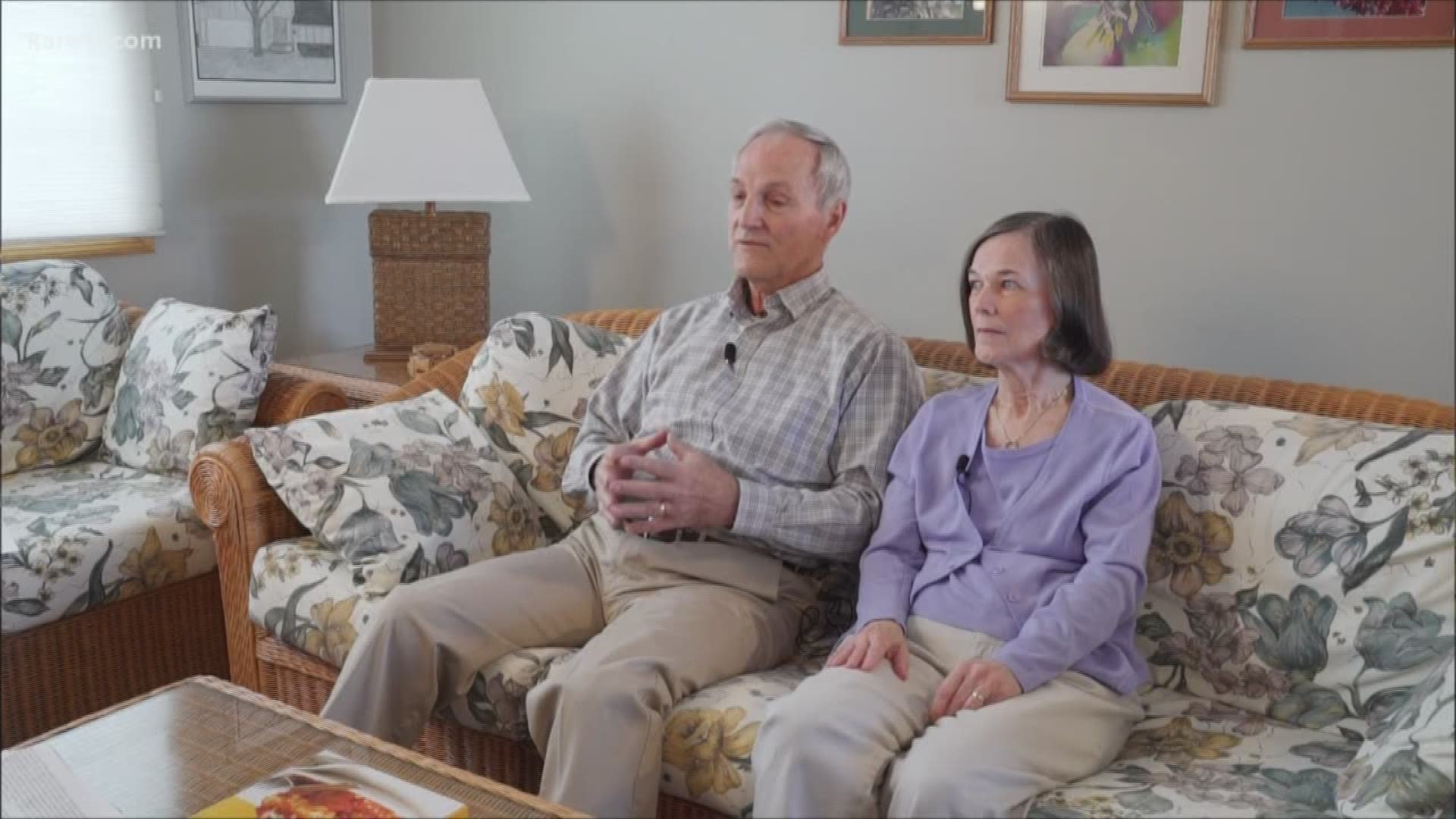 After losing much of their life savings, a Minnesota couple has a warning for everyone using email and online banking.

“People in other countries are using our system – our banking system – to rob U.S. citizens,” says Steve Tadevich.

Steve and his wife Claudia were victims of a sophisticated email scam based overseas.

Credit: KARE
Steve and Claudia Tadevich lost much of their life savings in a sophisticated email scam.

They are not alone.  When KARE 11 first reported their story, the FBI said similar email scams were targeting real estate and other financial transactions nationwide.

Investigators in the Tadevich case recently identified and convicted a so-called ‘Money Mule’ – a person the international thieves used as a middleman in the scheme to help hide their involvement.

Despite the new conviction, authorities still have not been able to arrest the leaders behind the international crime ring.

What’s more, the FBI says it is just one of the internet schemes costing Americans millions of dollars each year.

Moving to the Twin Cities

For Steve and Claudia Tadevich it started out with what should have been a routine real estate purchase.

They moved to the Twin Cities to be closer to their grandchildren.

“We get to see band concerts, we get to see sporting events,” Claudia explained. “It’s really been a blessing.”

After renting at first, they were just days away from closing on the purchase of a Twin Cities area townhome in September 2016.  That’s when they received an email with details about the real estate transaction.

“This is the email that came from Courtney,” Steve Tadevich said as he pointed to his computer screen.

It looked like it was from Courtney Pennington from Edgewater Title, the company handling the sale.

“Attached is the buyers closing statement,” the email read.  Steve says he opened it and reviewed the financial details.

“And the numbers looked right,” he said.

Also attached was a document with instructions about how to make the final payment.  Rather than an old-fashioned check, it requested a modern bank-to-bank wire transfer.

The instructions said the payment needed to be sent before the scheduled closing.

They trusted the email, followed the wiring instructions, and showed up at Edgewater Title for the closing.

“I thought it was going to be so simple,” Claudia said. “And it turned out to be a nightmare, really.”

Turns out, the email and the wiring instructions were fake.

Credit: KARE
Steve Tadevich points to the email containing fake instructions about where to wire money.

Instead of sending their money to the title company’s account at Venture Bank, the money had been wired to an account the crooks were using at Bank of America.  From there, the money was immediately transferred overseas.

“By then, the money was gone,” Steve said.

How did it happen?

Authorities investigating the case believe someone was able to hack into the email chain and use a lookalike email account to impersonate the real estate closing official.

On the surface, the email Steve Tadevich received looked legitimate, but the computer coding information hidden inside the email tells a different story.

According to court records, federal agents were able to trace the initial money transfer Steve Tadevich sent to a bank account opened by a California woman.  Almost immediately, much of that money was transferred to a bank account overseas – to “First Gulf Bank” in the United Arab Emirates.

Records showed the money was first sent to an account controlled by Ling Zhou of Santa Clara, California.  She was charged with aiding in theft by swindle.  Authorities described her as a so-called ‘Money Mule’ who helped move the money overseas.

Zhou claimed she was tricked into participating in the money transfer – and denied knowing the money had been obtained illegally.

Even so, court records show she was convicted earlier this year, ordered to pay restitution and sentenced to five years on probation.

“She was the link again between these scams in the United States and somebody overseas that was spearheading the whole movement,” Steve Tadevich said after being briefed on the investigation.

“Gone in a keystroke”

As authorities try to follow the leads overseas, Tadevich has a warning for the rest of us.

“If you get wiring instructions to wire X-amount of money anyplace, call the person that’s sent that – and find out if this is what they really sent,” he said.

With today’s technology, real-looking emails are easy to fake.  And so are phone calls that sound like they are coming from a real business.

So, Tadevich says the best advice is to check it out.  Call the business using a phone number you already have, not the one listed in any new email you receive.

“Do not trust emails for one second,” he warns.  “Always verify.”

Authorities have been able to recover some money from Ling Zhou.  But Steve Tadevich seems resigned about getting the rest of their $200,000 back.

How to protect yourself

Don’t automatically trust the information you get in emails – even if they look legitimate.

Verify the instructions you get independently by phone or in person.

If you use the phone to verify the information, look up the number yourself. Don’t use the number listed on the email – because that could be fake, too.

Don’t just hit “reply” to answer an email dealing with your finances. Scammers can make an email address look real, but direct replies to themselves. So, take time to type in the proper email address yourself.

Act quickly if you suspect fraud. If you contact your financial institution and law enforcement immediately, they may be able to freeze the funds before they reach the thieves.

File a complaint with the FBI, regardless of dollar loss, at www.IC3.gov.

This investigation began thanks to a viewer tip. If you want to blow the whistle on something, email us at: Investigations@kare11.com.