PBA: Cops not trained or equipped for protests 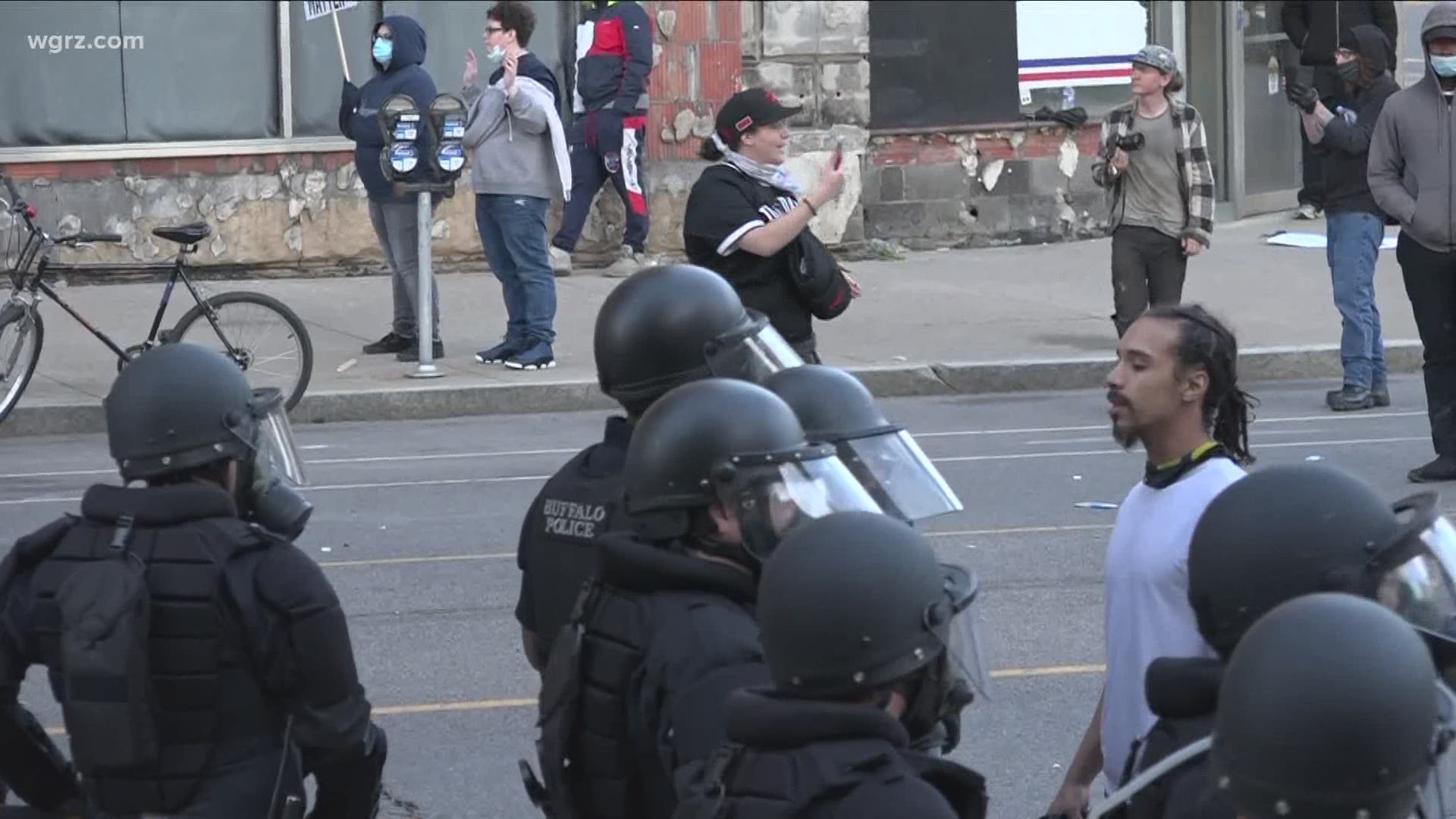 Evans is one of several officers who have contacted Ali Ingersoll in recent days to complain about the department’s lack of preparedness. Evans noted grievances and correspondence dating to 2014 in which the union has raised the issue with the department’s leadership.

Speaking of this week’s protests against police violence, Evans said: “You want to end the thing without killing anyone or hurting them badly … I would like to see some of the other tactics or mechanisms out there that would be effective.”

A 2014 letter requesting tasers for all. The administration got about a dozen. In 2016, asking for patrol rifles. Few officers have completed the training on those. And today, more helmets with shields.
Tonight at 6 on @WGRZ, the PBA says BPD is ill-equipped for these scenarios. pic.twitter.com/jz9SX1ebio

RELATED: 3 law enforcement officers hurt after being hit by vehicle during Buffalo protests