Only one county in the U.S. has had more of its residents charged in connection to the January 6 storming of the Capitol. 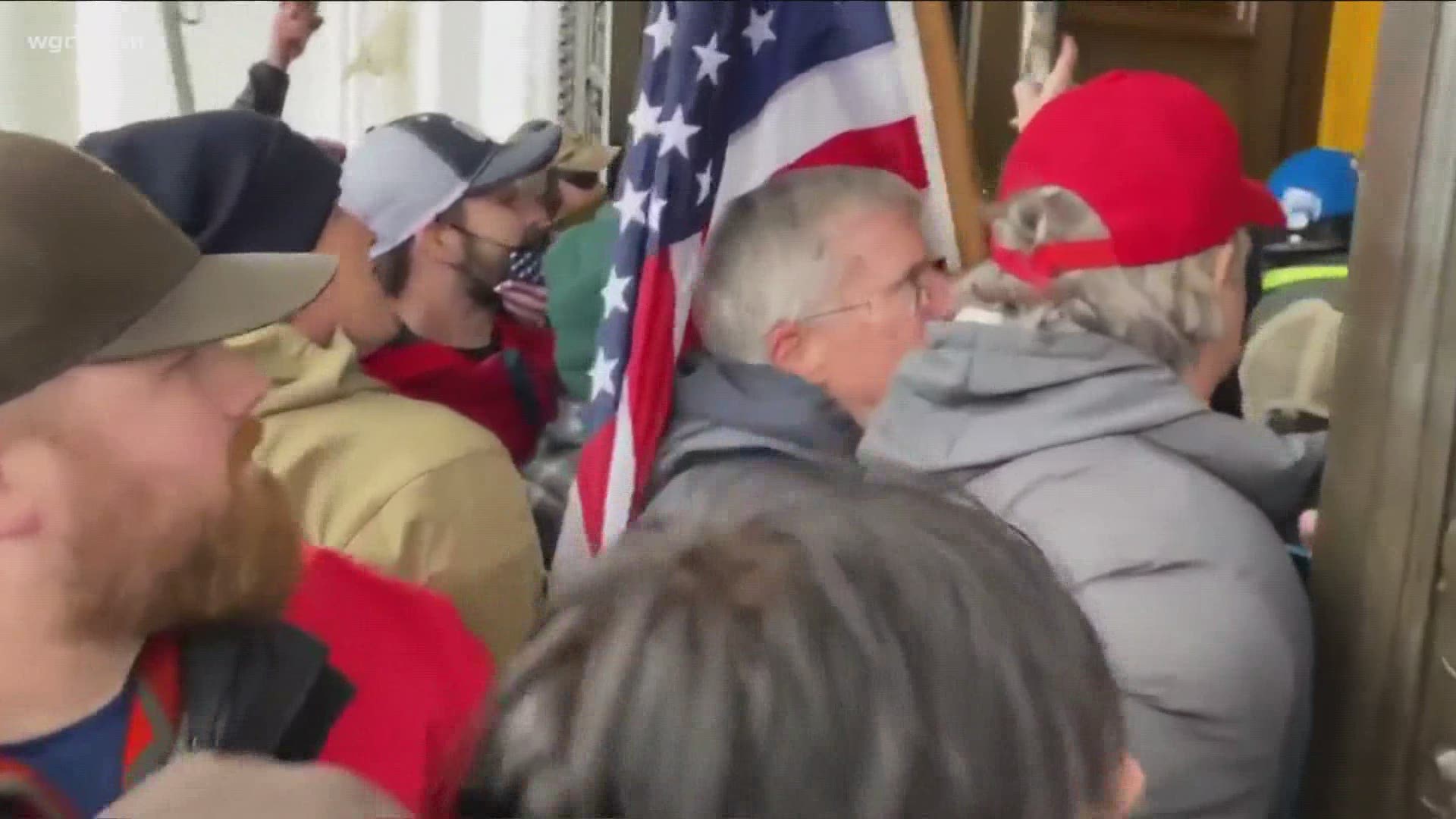 BUFFALO, N.Y. — There are 3,006 counties in the United States. Only one has had more of its residents arrested for storming Capitol Hill than Erie County.

Six residents of Erie have been federally charged in connection with the January 6 siege, according to data from George Washington University’s Program on Extremism. That’s one fewer than Franklin County, Ohio, with a population of 1.3 million that includes the state capital of  Columbus.

Tied with Erie at six defendants apiece were Los Angeles County, California, with a population about 10 times greater than Erie’s, and Bucks County, Pennsylvania, north of Philadelphia.