The highway superintendent in the Town of Hamburg defended his personal trip in a taxpayer-owned SUV. 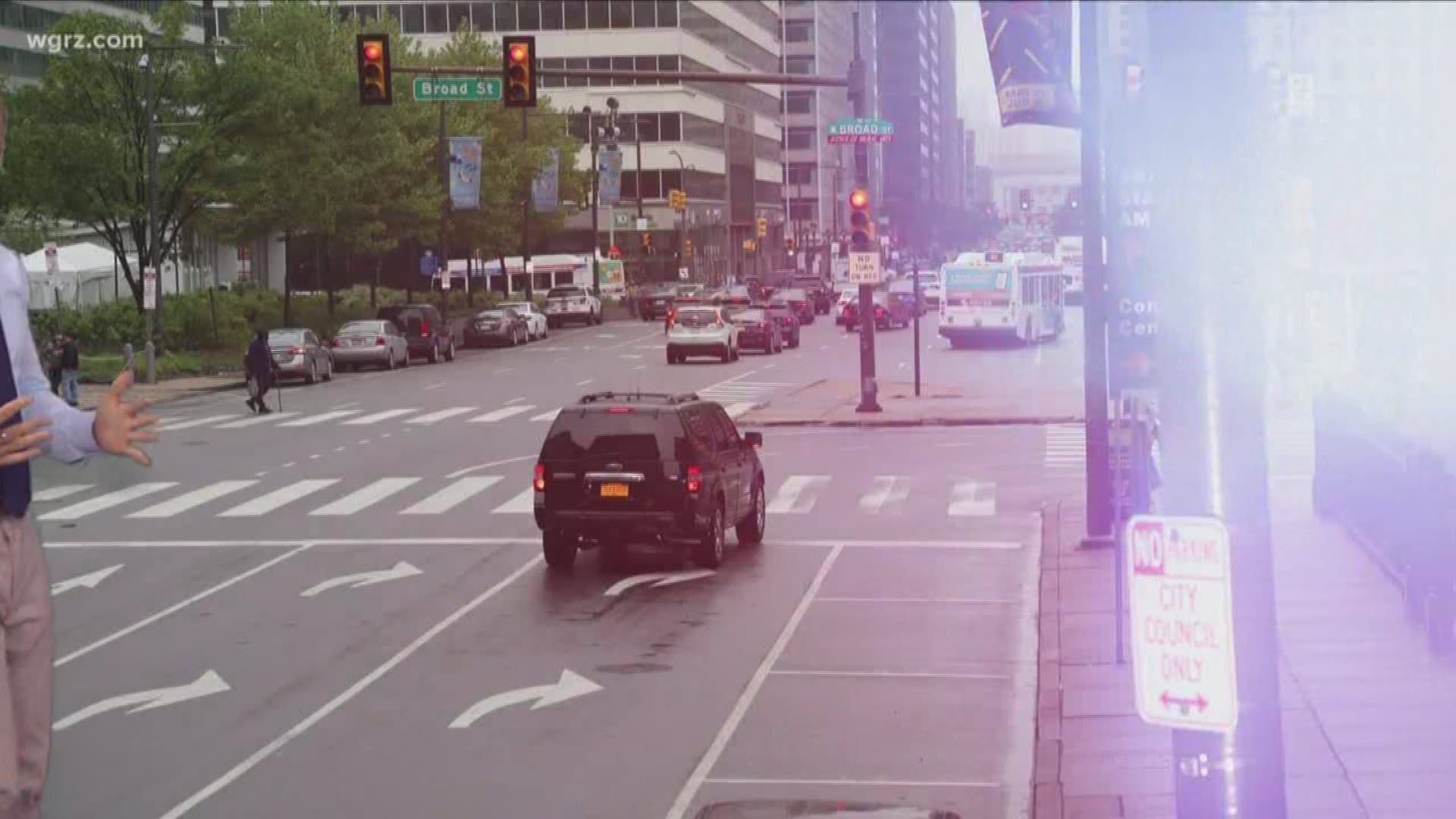 Hamburg Highway Superintendent Ted Casey admits he drove his take-home Ford Expedition to Philadelphia to pick up his daughter and her belongings. He says it was a family emergency and that he needed to get her out of a potentially dangerous situation.

While on the trip, Casey ran a red light. He was issued a $100 ticket. 2 On Your Side obtained the written citation as well as a video and pictures of the violation.

Sources told 2 On Your Side that Casey put taxpayers at risk, because the Town of Hamburg's insurance may not have covered his trip since the vehicle was clearly being used for non-official purposes.

Casey refused to do an interview with 2 On Your Side, but he released the following statement:

Using the vehicle to drive to Philadelphia was in response to an emergency situation involving my daughter’s safety.

I received a call from her in the middle of the night that required my immediate attention.

I responded by traveling there to bring her and her belongings home and out of an unsafe environment.

Waiting till morning to rent a U-Haul was not an option.

I entered into public service as Hamburg Highway Superintendent and was issued a vehicle as part of my compensation.

Although I did not violate town policy I certainly understand constituent concerns relative to this isolated event.

I am confident that anyone put in that position would have done the same.

I respect the taxpayers of Hamburg and all related costs associated with the travel, including the ticket, were paid out-of-pocket.

Our parental responsibilities are our overriding priority.

Hamburg Town Supervisor Jim Shaw would only say, "I will investigate, and the Town Board will consider its options."

We're told the Town Board will likely adopt a written policy regarding take-home vehicles. In light of 2 On Your Side's reporting, board members may also discuss whether or not take-home vehicles are appropriate.