Short Changed: How a State Aid Program is Generous to Cities, Stingy to Towns and Villages

The state's biggest municipal aid program overwhelmingly favors cities, at the expense of towns and villages. 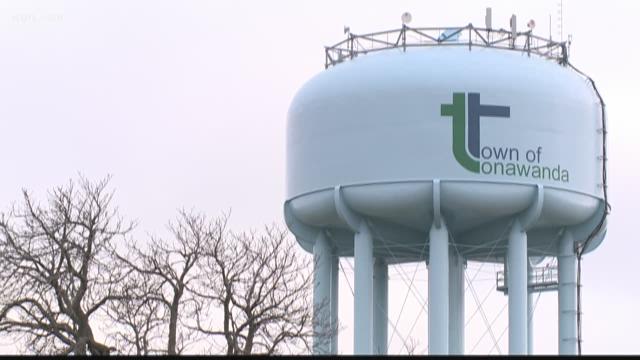 New Yorkers are one, big family.

Governor Andrew Cuomo said as much in the 2018 version of his State of the State message.

Cuomo said we are the “family of New York”.

But in one big state program, some New Yorkers are more valuable than others.

The program is AIM, Aid and Incentives for Municipalities. It is the biggest pot of money the state hands out to municipal governments at $714 million.

But, the money is not split evenly, or even on a per capita basis.

Take for instance these neighbors: City of Tonawanda, Village of Kenmore and the Town of Tonawanda. All three of these Buffalo-suburban communities deliver similar services to residents (police/fire, streets, parks, etc.).

The City of Tonawanda and Village of Kenmore are roughly 15,000 in population. The Town of Tonawanda has almost five-times that at 73,000.

But allocations of AIM money last year went like this:

How does the most populous of those three communities end up with the least AIM funds?

That’s what Tonawanda Town Supervisor Joe Emminger wonders. “I don’t know if anybody knows, quite frankly why it was set up the way it is,” he says.

(We have an explanation we’ll get to shortly.)

2 On Your Side’s review of last year’s AIM award for every western New York municipality clearly shows the funding mechanism is heavily tilted in favor of cities.

The top 12 recipients are all cities. Buffalo gets the largest grant at $161-million.

“How’s it considered a rational aid formula? The bottom line is, it’s not,” says Peter Baynes, Executive Director of the New York Conference of Mayors (NYCOM).

Baynes and NYCOM have been urging state government for years to beef-up AIM funding. The amount dedicated to the program has been unchanged for seven years.

“Towns and villages are definitely under-funded. If there was an annual increase of aid within AIM, the inequities [to towns and villages] could begin to be addressed and resolved over time,” says Baynes.

But again, how did AIM become a lop-sided funding formula?

Documents supplied by the New York State Division of Budgeting piece together a story which goes like this:

After years of multiple funding programs for the state’s towns, villages and cities, then-Governor George Pataki in 2005 consolidated them all into one, which became AIM.

The idea was to increase AIM awards annually based on good fiscal behavior. If communities showed good financial discipline, were efficient and consolidated services, they could expect year-to-year increases of up to 25%.

In addition, there was a plan to add nearly $100-million dollars to the AIM program each year, so municipal governments were competing for a larger and larger pie.

But in 2008, the Great Recession hit and the state suddenly found itself facing a $10-billion dollar deficit. Budget cuts were the order of the day, and AIM was trimmed. The result is largely the program the state has today with flat-funding and tilted in favor of cities.

Fredonia’s mayor says there needs to be a fairer system.

“The most fair way to do it is to develop a formula that is based on population,” says Athanasia Landis.

Mayor Landis, is a physician. She gave up medicine to raise her children. Two years ago, she ran in her first campaign, and won.

One of the headaches she inherited was the village’s aging water system. Pockets of neighborhood have water with rust-colored flakes in it. An engineering estimate on the total cost of all the needed repairs system wide is around $30-million.

The village budget in Fredonia is about $11 million.

“If we are pushed to spend thirty-million dollars, I don’t think we can find it,” says Landis.

The Fredonia mayor also knows her village of close to 11,000 residents got $89,000 in AIM funding last year. Next door, the City of Dunkirk, with a population of just over 12,000 received almost $1.6M from the AIM program.

“I have nothing against the City of Dunkirk or any other city. I’m trying to find revenue to cover our expenses. You see that cities get way more money than villages do. I don’t understand the formula, if there is one,” says Landis.

There are other state programs which steer money to local governments, but many of them are grants requiring applications and the process is competitive.

2 On Your Side is told that recent efforts to just add money to the AIM program has been shot down by the Cuomo administration.

App Users! Are you having trouble seeing this? CLICK HERE!