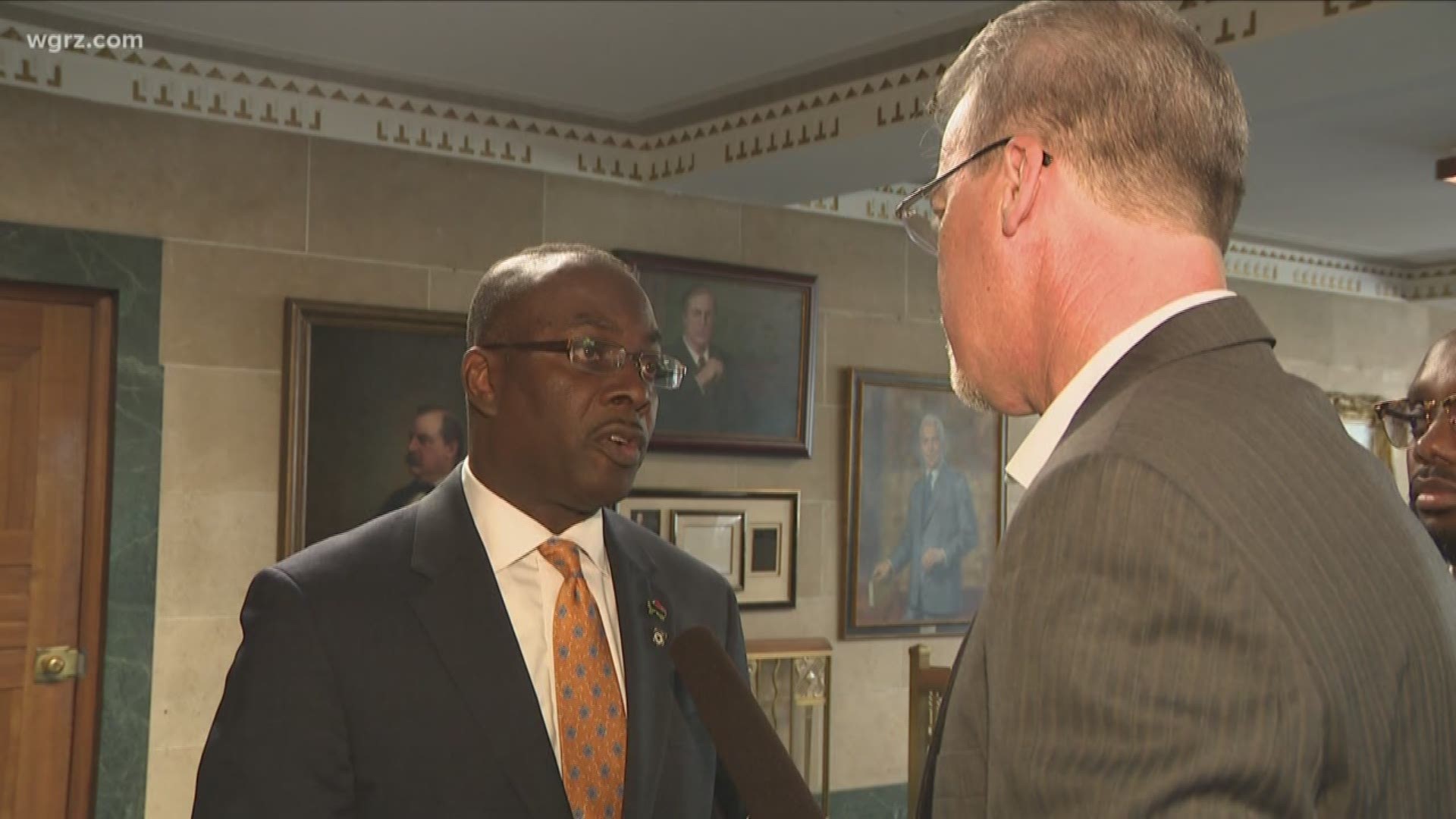 BUFFALO, N.Y. — Mayor Byron Brown has not always liked it when 2 On Your Side has done stories critical of city government.

We know this because frequently members of the mayor's communication team let us know when the mayor's unhappy with a story.

And we were wondering if the mayor's office reacted similarly when newly-appointed City Comptroller Barbara Miller-Williams authored an assessment of the Mayor's proposed 2019-2020 city budget. The assessment questioned some of the revenue projections.

Then, Miller-Williams acting on her own, authored a second assessment which was much more flattering to the city spending plan.

Did the Mayor express his displeasure to Miller-Williams over the original assessment? Today, we asked Mayor Brown about this:

INVESTIGATIVE REPORTER STEVE BROWN: “Did you or anyone from your staff have any communication with the City Comptroller following the first assessment your city budget?”

STEVE BROWN: “Did you express disappointment in the first assessment to the Comptroller (Barbara Miller-Williams)?”

MAYOR BYRON BROWN: “Clearly, we did not agree and don’t agree with the first assessment. But the budget was passed unanimously by every member of the City Council. It’s a good budget. It’s a sound budget. The Council believed that. Many others in the community believe that. So, we are focused on moving the operation of city government forward.”

MAYOR BYRON BROWN: “We didn’t talk in those terms. When we meet with the Comptroller’s office, with the Council, with the Control Board with their questions about items that are in the budget, we try to provide as much factual information to substantial our position as possible. We always do that. That is a normal process. I will say that the new Comptroller has come in and had to get up speed in extraordinarily, quick period of time (and deal with the) transition between new staff, out-going staff. A lot to process. But I think that she will do an excellent job.”

STEVE BROWN: “Isn’t it the Comptroller’s job to look at the budget to find its strengths and its flaws and tell the tale regardless of whose feelings get hurt?”

MAYOR BYRON BROWN: “Absolutely and that’s what we want to see. We want the Comptroller’s office to look at budgetary matters and other operations of city government to recommend best practices, to recommend ways to save money. We expect that. We believe that is a necessary part of the process and we support that process.”

STEVE BROWN: “So, how do you account the two different versions of this? If you didn’t ask for the second version, then how did it come about and how was it that it was much more flattering to your budget?”

MAYOR BYRON BROWN: “I’m not going to obsess over one report versus another report. The budget was unanimously approved by the members of the City Council. The first report stood. That was the report that went in. The report was received and filed by the members of the City Council and we’re completely fine with that. We’re moving forward we have bills to pay, got employees to pay, got projects to move forward. So, our focus is on the everyday operation of city government.”