After original 2 On Your Side story, surgeon reaches out to former Marine. 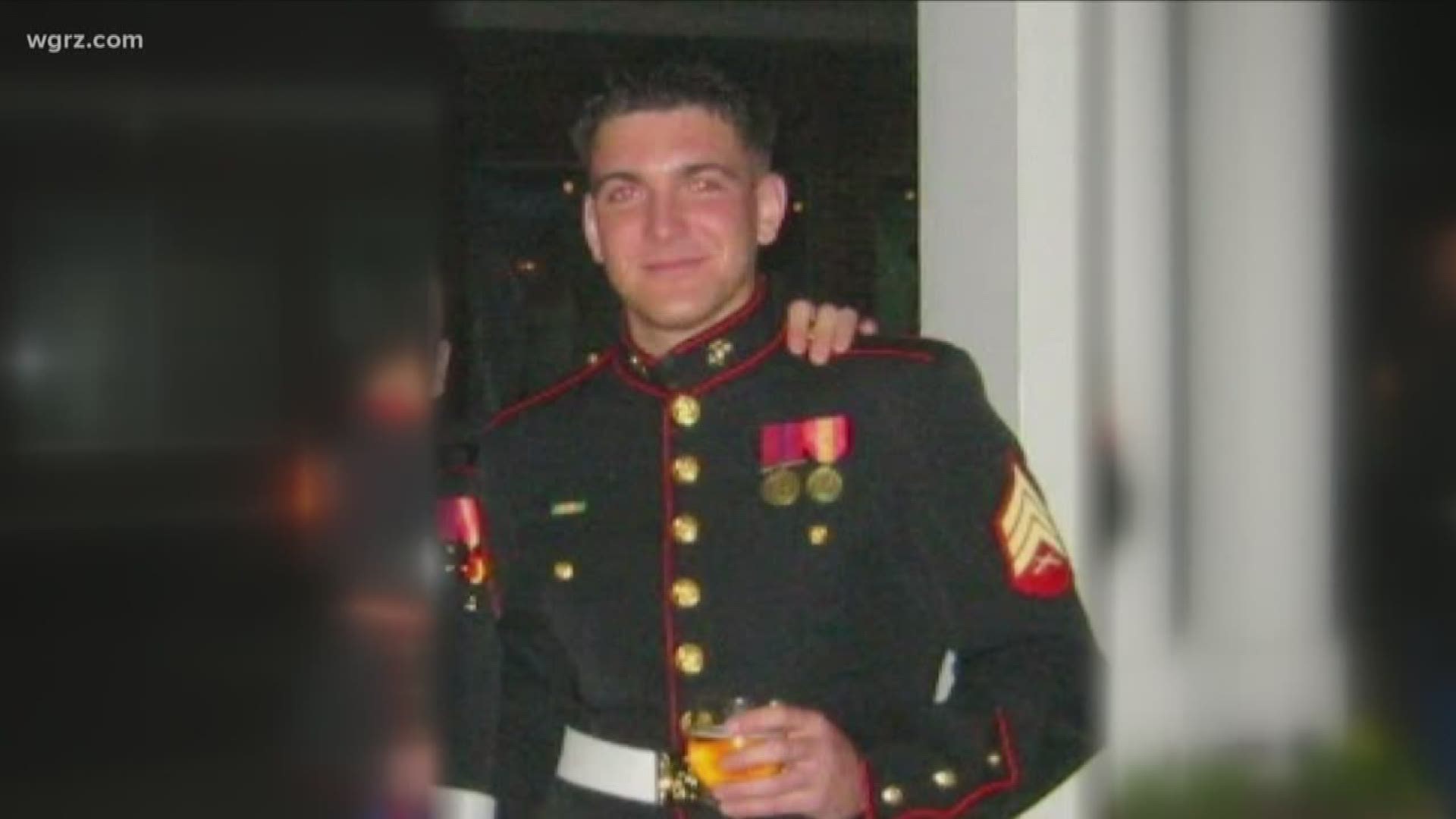 For years, he couldn’t.

Pain kept him awake for two-to-three days at a time, and then he would pass out from exhaustion… only to wake a few hours later.

While serving in the US Marine Corp, Morrison suffered an injury to his neck during a training exercise. That later evolved into a degenerative condition up and down his spine.

Pain, increasingly, was a constant companion for Morrison.

RELATED: Racked with pain vet turns to medical marijuana, says he got the cold shoulder from the V-A

That’s the story 2 On Your-Side aired in February. Medical practitioners from the Buffalo Veterans Affairs Medical Center prescribed Morrison an extraordinary amount of prescription medications without success. He got some relief from non-hallucinogenic, medical marijuana through the Dent Institute. There were also visits to the Cleveland Clinic. All of the non-VA care came out of Morison’s pocket.

There were long-running squabbles between Morrison and the VA over his care and who was going to pay for it.

That’s where our story left off.

But almost immediately, a series of events began which changed Morrison’s life.

The evening the story aired, Jackie Cappuccino, the daughter of celebrated orthopedic surgeon Dr. Andrew Cappuccino, texted Channel 2 anchor Scott Levin. The message was seeking contact information for Morrison. Dr. Cappuccino wanted to explore whether there was something he could do to relieve the ex-Marine’s pain.

We passed along the message to Morrison… and for months. 2 On Your Side did not hear back on whether the former Marine and the doctor ever talked or met.

In late September, Pat Bradley called us. He’s the Community Relations Director at Niagara Falls Memorial Medical Center (NFMMC). We were told weeks earlier at the hospital, Dr. Cappuccino performed a surgical procedure on Morrison. Injected into collapsing discs in his lower back were non-embryonic stem cells.

Dr. Cappuccino explained, “(Morrison) had the indications that perfectly matched the ideal candidate for this kind of technology, because he was left with enough good portion of the discs to use as a template to re-grow good and normal discs.”

It quickly changed Morrison’s life. He was able to sleep again.

“Its opened up a whole new world. I was a zombie before, going through life just going through the motions. And I think I still need a few years to catch up on missed sleep, but it’s nice to be able to go to bed and just sleep,” says Morrison.

He still has pain, but it is much more manageable. And there may be a similar procedure ahead for Morrison to stabilize his cervical spine with the goal of reducing his pain even further.

In early October, Morrison and Cappuccino gathered at NFMMC. Morrison was there to thank everyone involved in his successful surgery.

In a hospital conference room, Morrison turned to Cappuccino and said, “Thank you for everything. You’ve literally given me hope again.”