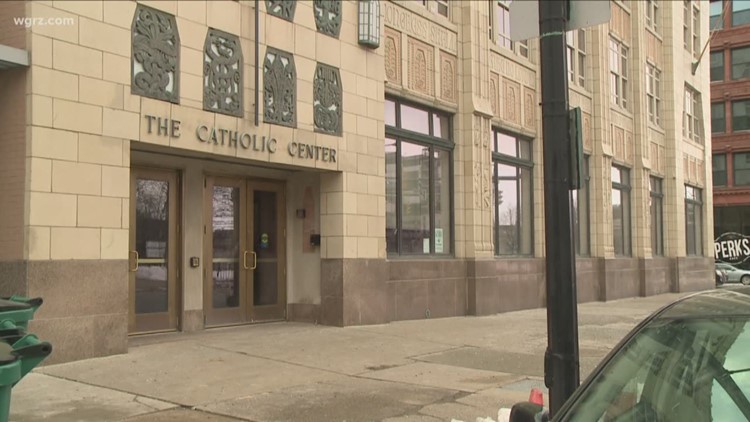 Are feds considering racketeering charge against the Buffalo Diocese?

Is the investigation of the Buffalo Catholic Diocese headed towards a federal racketeering charge?

An attorney for alleged clergy sex abuse victims thinks the feds have few other options.

Noted attorney Mitchell Garabedian offered that opinion in a sit-down interview in his Boston law office on Wednesday.

Garabedian represents 44 clients who all claim they were sexually abuse by clergy in the Buffalo Diocese. He also says "approximately ten" of his clients have spoken with the FBI in the last few months.

When asked what agents asked his clients, Garabedian declined to disclose specifics but offered this:

“I can tell you right now they’re interested in crime of sexual abuse and the cover-up of those crimes.”

When asked if agents mentioned they were building a racketeering case against the Diocese, Garabedian responded, "“No, but I imagine they are. I mean the whole point of their investigation is to investigate crimes and prosecute crimes and RICO would help them out.”

RICO is the acronym for the Racketeer Influenced and Corrupt Organizations Act, which has been commonly used to prosecute crime bosses.

Garabedian also noted, "(T)here aren’t a whole lot of alternatives out there with statutes of limitations.”

It's believed the legal time limit to bring federal sex crimes has expired in many of the allegations of clergy sex abuse. The advantage of RICO is that the case can include expired crimes so long as current crimes can also be proven.

2 On You -Side did contact the spokeswomen for the local FBI and US Attorneys offices. Both stated long-held policy that they do not confirm or deny the existence of a criminal investigation.