The 26-year-old committed suicide after months of working double-shifts at the Buffalo City Lock-up. 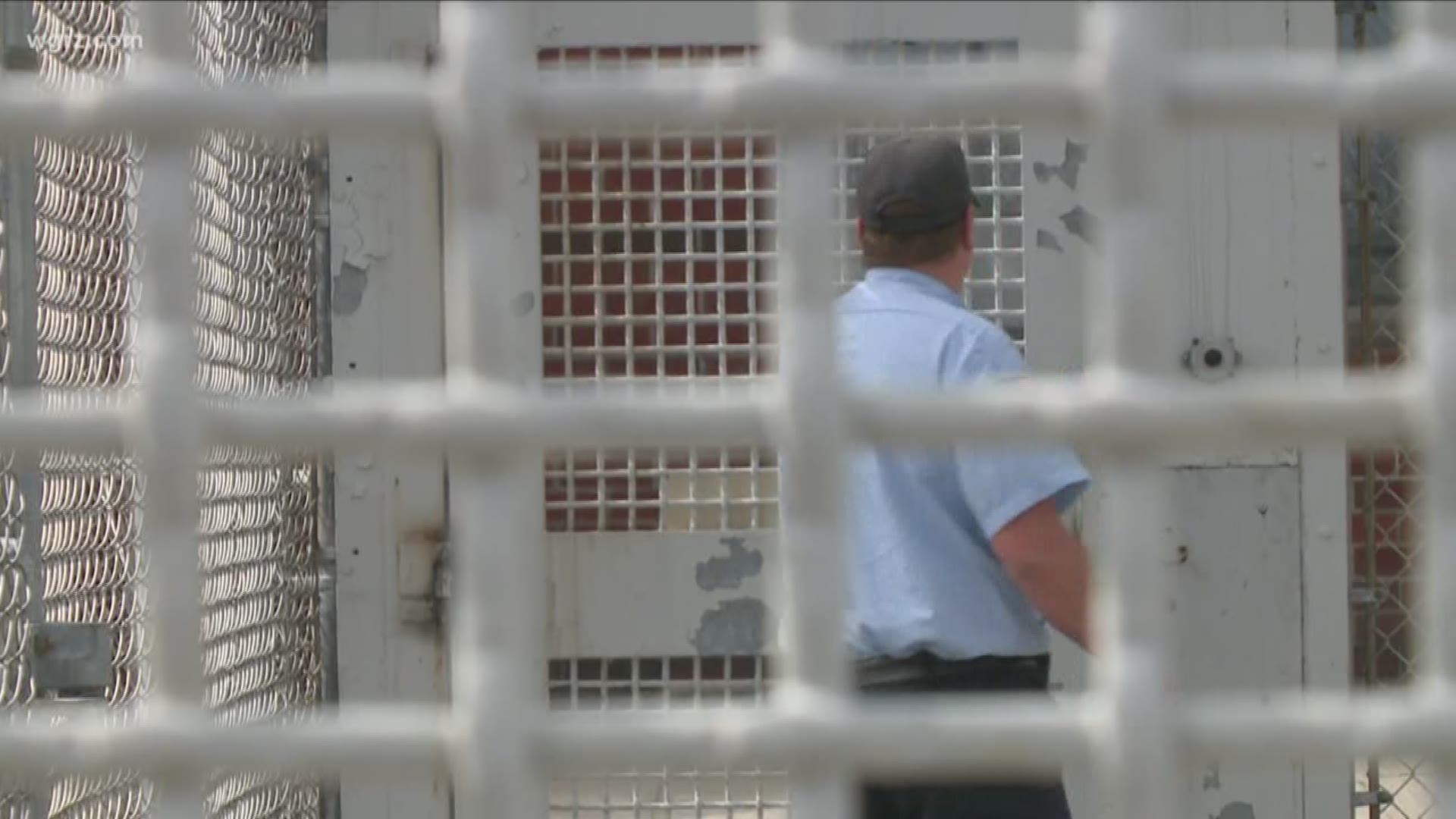 BUFFALO, N.Y. — The assault inside the Buffalo city lock-up happened in May 2016 and was recorded on surveillance cameras.

When it was released in February, the video shows Shaun Porter in handcuffs facing a wall after being arrested on a domestic violence charge. Porter says something over his shoulder. Then, senior cell block attendant Matthew Jaskula throws Porter against an open door. Porter then tumbles to the floor. His injuries include a broken nose, a closed head wound and a concussion.  The video that follows shows Jaskula dragging an incapacitated Porter through the cell block. Blood is flowing from Porter’s face and nose.

Jaskula ended up in federal prison convicted on a civil rights charge. Porter sued the city, which settled the case for $300,000.

But all of that was not the worst news to come out of the city cell block in 2016.

There was something much worse.

Also working in the cell block then was 26-year-old David Beyers. He had a pretty typical South Buffalo upbringing. He was a Catholic school product, graduating from Timon. Beyers lived his entire life either in his parents’ home or walking distance away. He liked bowling and was a devoted Buffalo Sabres fan.

The team okayed use of its logo on his grave marker.

On October 24, 2016, David Beyers committed suicide. There was no note left behind explaining why he took his life, but people close to him wonder if it had to do with his job at the city cell block.

Working in the Buffalo police lock-up is a difficult place to earn a living.

“You are dealing with people that are potentially drunk, high, suicidal, violent,  aggressive who wish to hurt themselves, wish to hurt other people. It is an extremely challenging job,” says Capt. Jeffrey Rinaldo.

It’s also a job which does not pay well. Matthew Jaskula had worked in the lock-up for two years when 2016 began. His hourly rate that year started at $14.15 per hour.

Cell block workers are represented by a labor union but not the Police Benevolent Association. Instead, they are members of AFSCME local #264 for blue-collar city government workers. 2 On Your Side left numerous messages for union president Sean Casey. None were returned.

The low pay and difficult work environment led to another problem which was unsolved throughout 2016, high job turnover.

All state prisons, jails and lock-ups have minimum staffing standards. Combine that with the unfilled vacancies that mounted in 2016, and the remaining workers were regularly facing 16-hour work days.

And there was a lot of overtime that year. City payroll data shows cell block attendants worked between 2,000 to 3,000 overtime hours each month.

According to the union contract, overtime shifts have to be offered to the most senior person working. If declined, the O-T gets offered to the next most senior and the next. Ultimately, someone has to work the next eight hours. Those with the least flexibility to turn down overtime are the least senior people working the lock-up. For them, refusing an overtime shift would go on an attendants employment record.

And often, cell block attendants are also on civil service hiring lists for other government jobs. David Beyers was on the list for the Buffalo Police Department.

Would declining overtime in the cell block be considered for someone who’s in line to become a Buffalo cop?

Rinaldo says, “It could be a factor.”

David Beyers had much to live for. There was his close-knit South Buffalo family and a fiancée. He was ready to set up house just down the street from his parents’ home.

But getting at his life outside of work was becoming more difficult. Payroll records show starting that March, Beyers worked close to or over 80-hours a week. That pace in the lock-up continued week after week, month after month. Through the summer of 2016, Beyer’s overtime kept growing. In his last full pay period before he ended his life, Beyers logged grueling 90-hour work weeks.

Working this way can affect a person’s judgment says Dr. John Violanti, Research Professor of Epidemiology and Environmental Health at University at Buffalo, and a former New York State Trooper.

For 16 years, Violanti has studied the Buffalo Police Department. He is considered an expert on police stress. Based on his research, Violanti says a double-shift alters the judgment of police personnel.

DID OVERTIME PUSH BEYERS OVER THE EDGE?

Was the mounting overtime a factor in Beyers’ decision to end his life?

Minotti was working in the lock-up the night of Jaskula’s assault on Porter. In Porter’s civil suit against the city, Minotti was deposed or gave sworn pre-trial testimony.

Under oath, Minotti said the heavy doses of overtime he experienced were physically and mentally draining. He lost interest in some of his favorite activities like weight lifting.

During the deposition, Minotti was asked if he felt the stress of all the overtime was a factor in Beyer’s suicide. Minotti didn’t hesitate with his answer.

“I would say it definitely contributed. Absolutely.”

Relief from all the overtime did not come in time to help David Beyers. On the day he ended his life, the city hired nine new cell block attendants. In just two months, overtime in the cell block dropped by two-thirds.

Rinaldo says the hiring is an unfortunate coincidence; that the process can take up to two weeks before someone is actually hired by the police department.

2 On Your Side did ask Rinaldo the same question people close to David Beyers have wondered for almost two and a half years, is it possible the young man was worked to death?

Rinaldo responded, “I can’t say, nor would I begin to speculate, what might have been going on in Mr. Beyers’ life at the time that this event occurred. People are entitled to their opinions, but they’re just that, their opinions.”