'I picked up daddy's hand, and it just fell,' said 3-year-old after he found murdered father

Just a couple weeks ago as they were driving on Union Hill Road, Brentley Rhoden told his mom he saw his dad: He was in the sky following them. 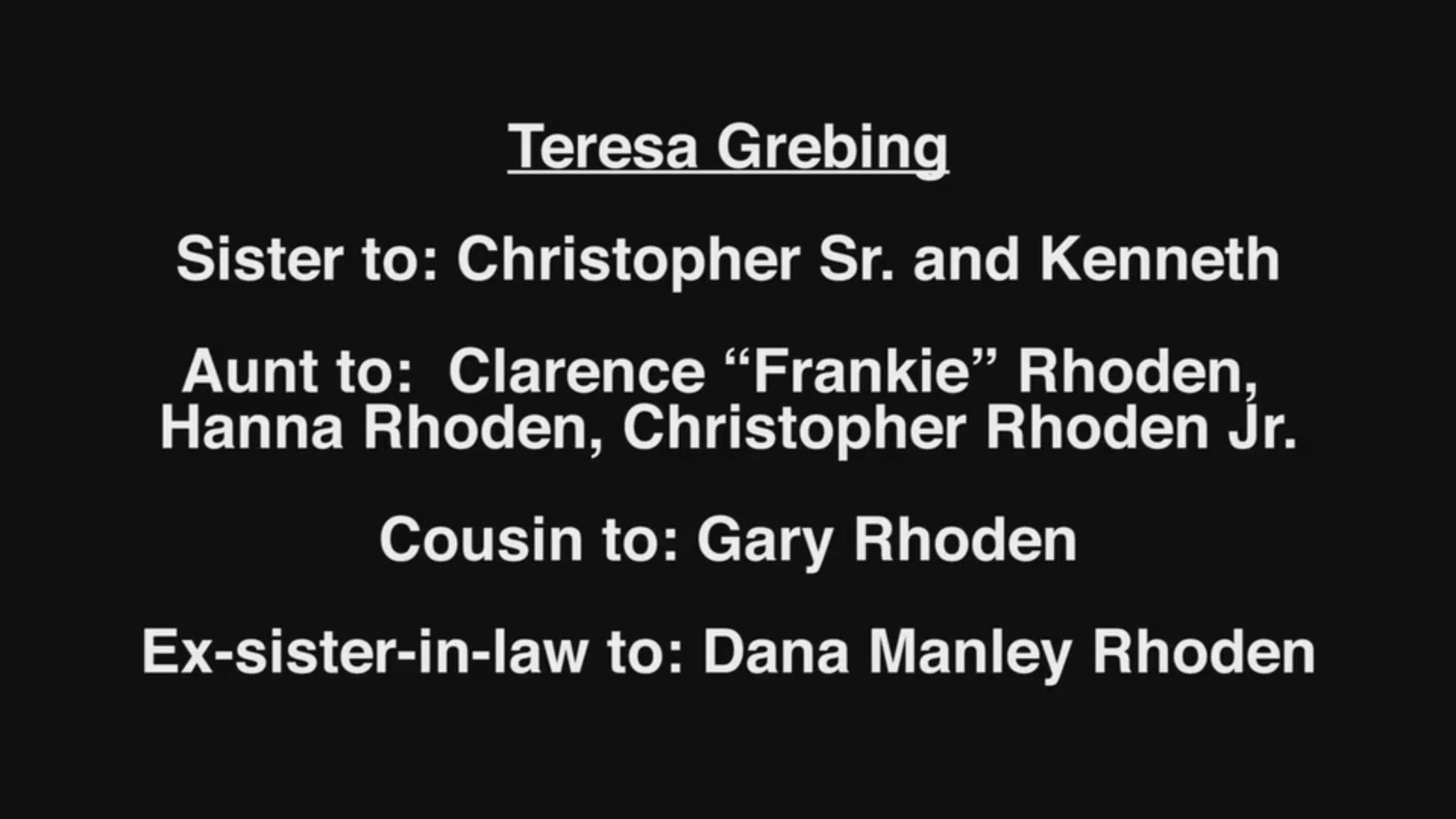 LUCASVILLE, Ohio — Just a couple weeks ago as they were driving on Union Hill Road, Brentley Rhoden told his mom he saw his dad: He was in the sky following them.

But she knows what her little boy needs. She pulled the car over and waited as Brentley spent a full 10 minutes talking to his dad, Clarence "Frankie" Rhoden, who was shot and killed with seven family members a year ago in their homes in rural Pike County, Ohio.

She didn't hear all of her son's conversation. But she heard Brentley tell his daddy he missed him.

Brentley was one of three small children that the killers spared on the murderous morning of April 22, 2016. His half brother, Ruger Lee , then 6 months old, was found alive between his parents, Frankie Rhoden and Hannah Gilley. Brentley had been sleeping on the couch.

His cousin, Kylie Mae , just 5 days old, was found alive and physically unharmed in bed with her mother, Hanna Rhoden. She was presumed to have been shot while she slept in a separate residence up Union Hill Road.

Ruger and Kylie were taken into protective custody and remained in foster care during custody proceedings last year. A gag order in that case prevents anyone from discussing those children.

No one has been arrested in the state's most complex homicide investigation with no known motives nor suspects. Also killed in the massacre: Brentley's grandparents, Christopher Rhoden Sr., 40, and Dana Manley Rhoden, 37; his uncle, Christopher Rhoden Jr., 16; his great uncle, Kenneth Rhoden, 44, all of Piketon; and a cousin, Gary Rhoden, 38, of Waverly, Ohio — eight dead in all.

On Friday morning and at the request of the Rhoden family, the Ohio Attorney General's Office released a video of Brentley's great-grandmother and family matriarch, Geneva Rhoden of Portsmouth, Ohio, begging anyone with information to come forward.

In the nearly 30-minute video, Geneva Rhoden's youngest daughter, Teresa Grebing of Frohna, Mo., comforts her mother as the older woman sobs. Both women discussed the deep heartbreak that has forever changed the family.

"All those babies, all of them, we lost so much,'' Grebing said. "Those babies lost their parents. ... Those babies deserve to be able to be with their family.

And on Saturday morning, Union Hill Church had a private family memorial service. A year before the house of worship had served as family and community support command center that day and those to follow.

'I picked up Daddy's hand and it just fell'

Brentley's mom, 22, said authorities have told her he likely didn't see anything because he slept during the killings.

Still, she wonders and worries, even as she watches a giggling Brentley eat rainbow ice cream and play with a friend he hasn't seen in a while.

A friend called to tell Robinson about the killings at 8:14 a.m. ET. She didn't believe him.

Then he told her Brentley was OK. Barely able to breathe, she raced from her job in Portsmouth — it was a Friday — picked up her mom and sped toward Union Hill Road not knowing what she would find.

Sheriff's deputies were there, and the trailers were cordoned off with crime scene tape. And her smiling, blue-eyed blond boy who is the spitting image of his dad, was playing with a neighbor boy.

Brentley saw her and — as he always does — ran toward her with his arms spread wide, yelling, "Mama, mama, mama."

She scooped him up. Then she saw a woman she didn't know cradling Ruger, who was wrapped in a blanket and covered in blood.

Robinson scooped up Ruger, too. And she and her mom put the boys in the car and stayed there for the first few hours as the state's Bureau of Criminal Investigation agents showed up, she said.

Authorities took Ruger and Kylie to area hospitals that morning.

By 5 p.m. Brentley was tired and hungry. He left for home with his mom when she got a call from the Ohio Bureau of Criminal Investigation to take her son to Nationwide Children's hospital in Columbus, where he was interviewed.

"They let him draw it out,'' she said. "It kind of looked like scribbles. But the way he talked, he didn't really seem to see anything."

That was the last time authorities spoke with Brentley. Robinson gave a statement that night, and a couple weeks later police also took DNA from her — routine in such cases.

As the year has progressed though, Brentley has shared bits and pieces in a way only a pre-schooler can.

She just lets him share as he is ready and able.

"For the longest time, he thought his dad turned into a zombie because he did see the blood,'' she said, adding the family watches AMC's series The Walking Dead, which is about zombies. "He said, 'I picked up Daddy's hand, and it just fell.' Then he went back to watching TV."

When Bobby Jo Manley, his great aunt, came pounding on the door after she discovered Christopher Rhoden Sr. and Gary Rhoden dead in the trailer next door, Brentley unlocked it and let her in.

'He still remembers seeing everything bloody,'' Robinson said. "He still calls it 'bled.' "

'Daddy is in heaven with Jesus'

She always has been honest with her son, telling him his daddy is dead and that he is in heaven with Jesus.

They often visit the grave where his daddy and grandparents are buried.

It is here, too, where he talks with his daddy. Sometimes he will leave a toy or two for his daddy or his nana or his papaw.

Other times, he is quieter.

"He will lay on his grave, just lay on it,'' Robinson said. "And sometimes he will bring out his cars and play derby."

And, to this day, if anyone asks where his daddy is, Brentley simply says:

"My daddy is working on derby cars in heaven with Jesus."