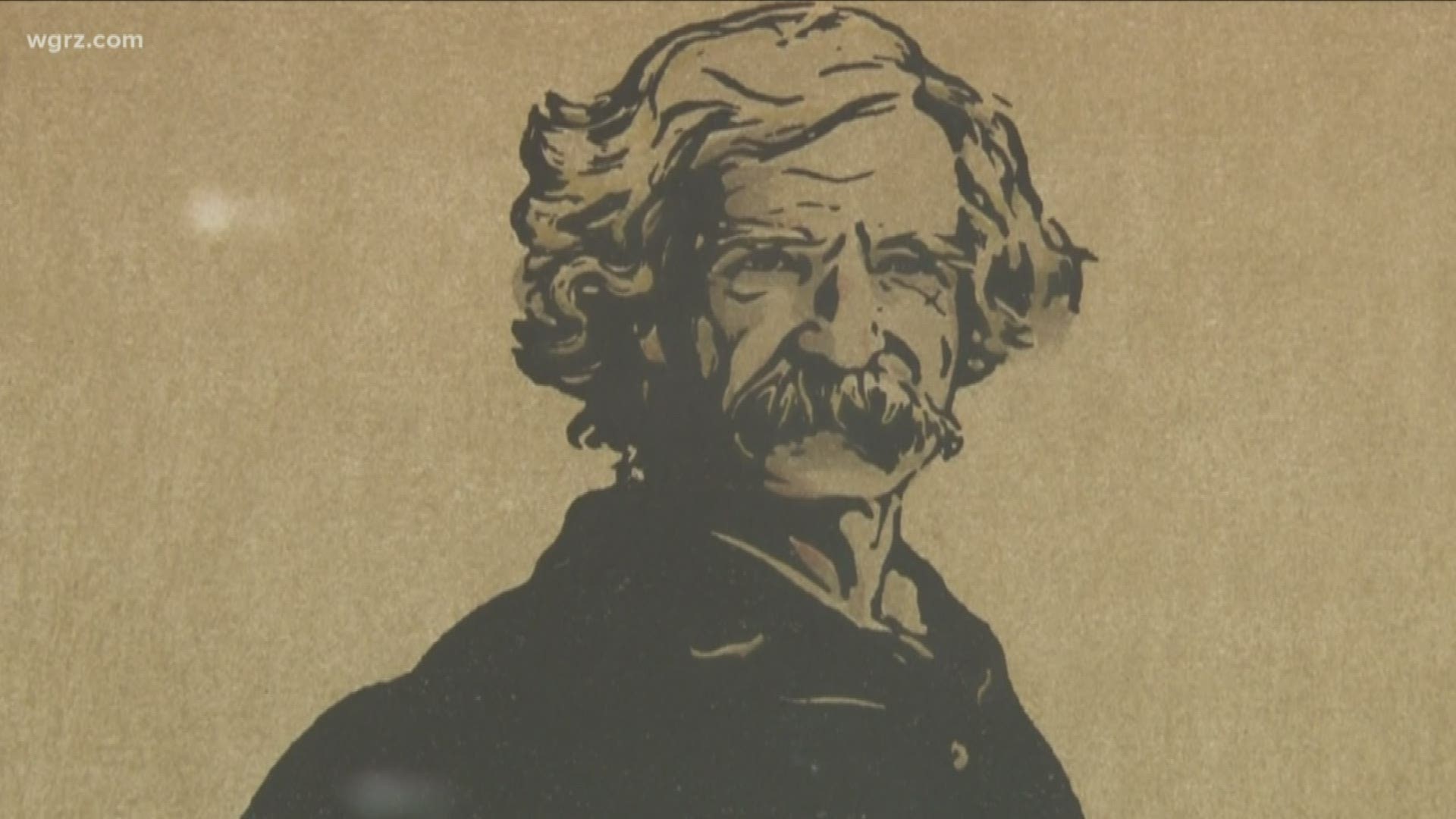 BUFFALO, N.Y. — Buffalo is home to many masterpieces, of many masters, and they're all around us.  Andy Warhol, Frank Lloyd Wright, Frederick Law Olmsted and at the Buffalo and Erie County Central Library, Mark Twain.

"The fact that we have been able to have in our collection This magnificent work really puts us on the map," said Library Director Mary Jean Jakubowski.

We know that before he took the name Mark Twain, Samuel Clemons lived in this house which once stood at the corner of Delaware and Virginia. In fact, the mantle from that very home is in the library's Mark Twain room today. The room is full of plenty of Twain memorabilia and artifacts, but this is the holy grail.

Rare Books Curator Amy Packard said that the manuscript has made more than one trip back to Buffalo. "As the label tells us it was first received in 1887, although we didn't know it, and then it was received again in 1992 "

In two sealed boxes are the original, hand-written pages of Mark Twain's Adventures of Huckleberry Finn. Yes, the original manuscript, with Twain's own notations, corrections and modifications, and even some material that didn't make it into the final book.

Rare Book Clerk Nicole Kondziela Gerace said seeing it in its raw form provides a lot of insight. "It's just really kind of quirky and is fun to read and see kind of what his thought process was in making the story "

The handwritten manuscript was a gift in 1885 from the author to the Young Men's Association, a predecessor of the Buffalo & Erie County Public Library, at the request of library trustee James Fraser Gluck.

Packard said it was also the source of a century-long mystery. "There was really nothing to tell us what happened to the rest of the manuscript accept his letter did hint that perhaps the leaves were destroyed at the printers."

It actually turned up a couple of years later, and Twain sent it on to Gluck. But then, the first half of the manuscript disappeared again when Gluck died at the age of 45 because his widow and family moved to California. Fast forward 80 years and in 1991 Packard says, Mark Twain made an unexpected comeback.

"It wasn't until a generation later that the granddaughters discovered it in the Attic of their house,"

Library officials didn't actually hear about the rediscovery until it was about to be auctioned. That led to a few years of litigation to get the missing pages reunited with their other half. Now, the entire work, as Mark Twain intended it is not only in one place, but it has also been digitized so you can read it yourself, in it's original, unfiltered form.