53 veterans took an Honor Flight to visit the Washington, D.C. monuments dedicated to their service. 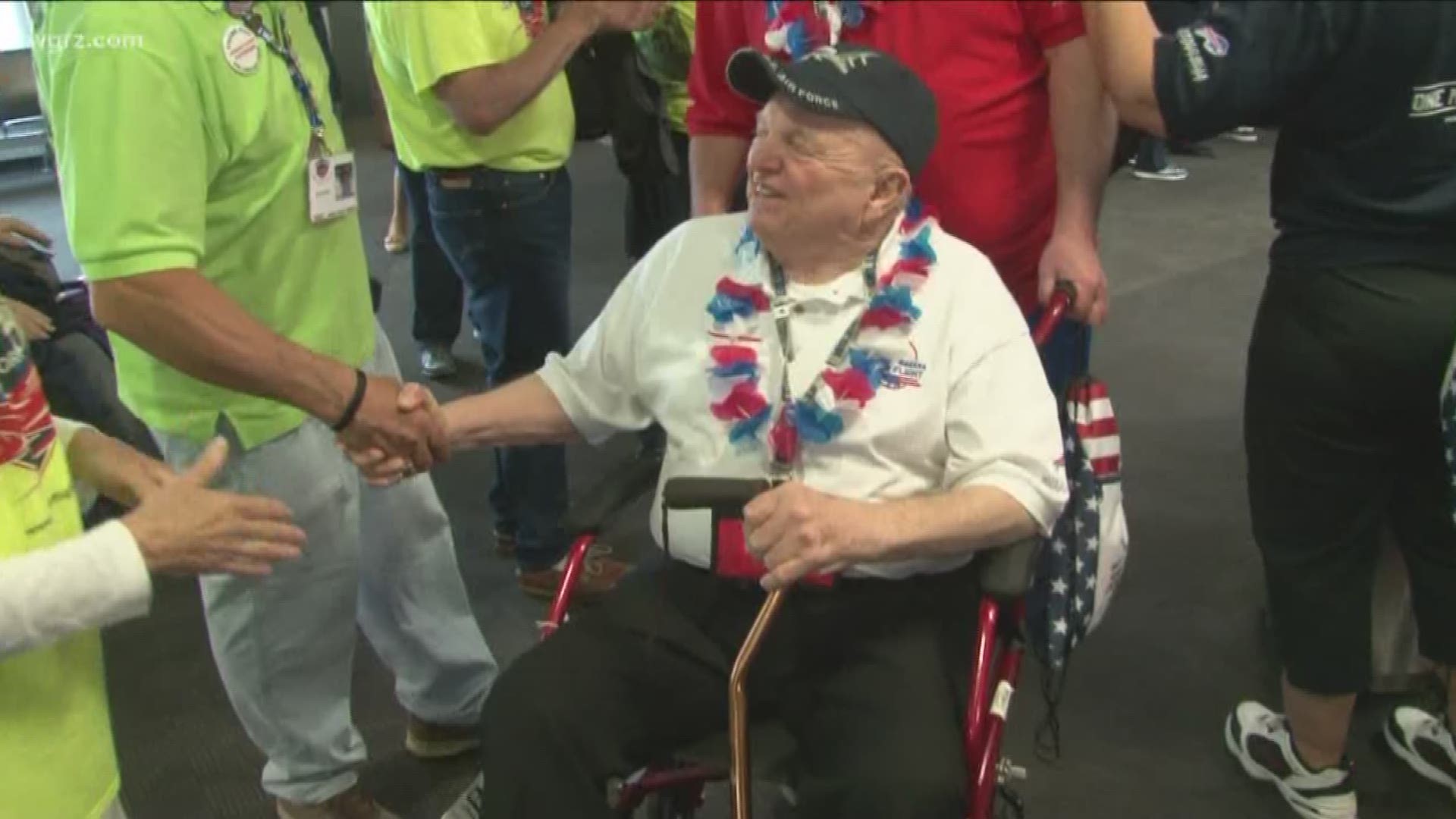 BUFFALO, N.Y. — At the airport by 5am, these veterans received a hero's send-off. An hour later we were touching down in Baltimore to a hero's welcome, then onto the bus to Washington, D.C. It was just the start to a whirlwind day all put together by Buffalo Niagara Honor Flight.

BNHF President Tom Petrie says it is an honor for him to bring these groups to our nation's capital. "We have 11 World War II, 37 Korean, 5 Vietnam. Biggest trip ever. We've got our first group from Warren, Pennsylvania with us today. So we're excited, it's a big group. All pumped up and ready."

Once in Washington, the first stop was at the Korean War Memorial and the Vietnam Wall. Then over to Arlington National Cemetery for the changing of the guards at the Tomb of the Unknown Soldier. From the Air Force Monument and lunch, we then traveled to the World War II Memorial. The group was greeted by former Senator (and WWII Veteran) Bob Dole. We were told that he is out most Saturdays greeting Honor Flights from around the country. Then it was over to the Iwo Jima Memorial, and a final stop at the 9/11 Memorial at the Pentagon.

Accompanying the group were Buffalo Bills rookies Levi Wallace and Taron Johnson, as well as young kids representing Girl Scouts and Boy Scouts. The veterans were able to share what they did overseas to a whole new generation, making sure the contributions to our freedom are not forgotten.