A decision to allow fans in Bills Stadium has not been made despite the state's early indications. "These aren't normal circumstances," said Kathy Hochul Friday. 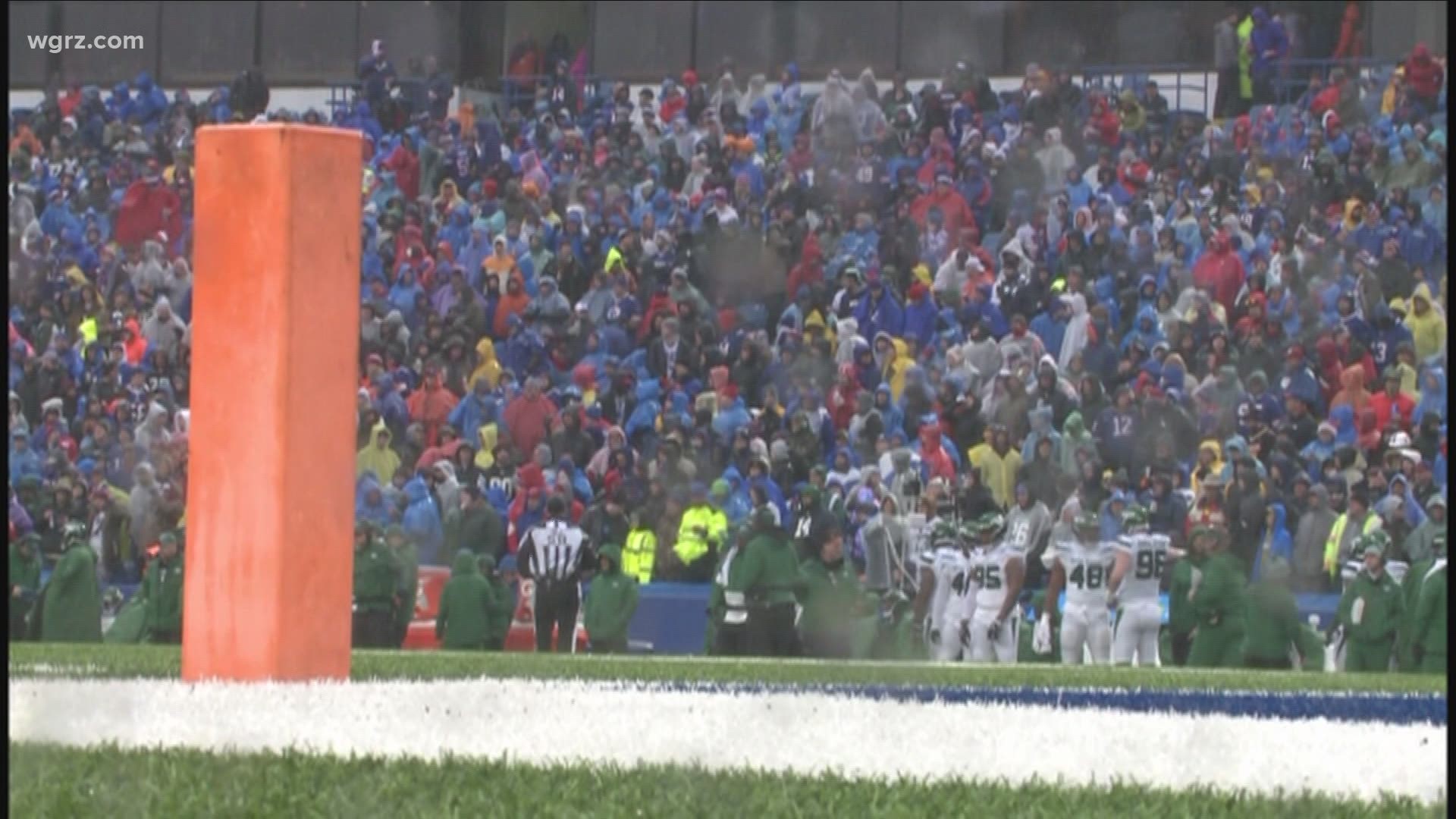 BUFFALO, N.Y. — With only a few days to go until the Bills' Monday Night Football matchup versus the Kansas City Chiefs, many fans are still wondering when they'll be allowed to root for the Bills in person.

While speaking at the University at Buffalo Friday, Lieutenant Governor Kathy Hochul was asked why a decision hasn't been made.

It's been weeks since the governor said he would visit Bills stadium, which hasn't happened. Around the same time, in mid-September the team also told 2 On Your Side, they observed how the Miami Dolphins executed their home game with 13,000 but didn't answer any further questions about that could mean for Orchard Park.

Erie County Executive Mark Poloncarz said in late September that the county, which owns the stadium would be open to 10% fan capacity but remains concerned about COVID-19, as does the state.

"When he made the statement that he wanted to see the situation, see the physical layout, see the places of ingress and egress, all the protocols being taken...Western New York's infection rate was quite low, we were among the lowest in the state, we have also now had a spike and are among the highest in the state so a lot has happened since that time," Hochul said Friday.

The NFL remains split with about half the league's 32 teams allowing fans in the stands of any kind, which in some cases only includes the family of team personnel. The other half including the Bills are still not allowing spectators until further notice.

If Monday's game were being played in Kansas City fans would be allowed. The Chiefs were one of the only teams to allow fans in Week 1.

Hochul did express sympathy for Bills fans who may be anxious to see the 4-1 Bills play but said right now it isn't an option and referenced Western New York's recent rising COVID-19 numbers.

"I don't think it's an excess of caution to say that in an area where infections are starting to go up we were hitting 2 percent right after the time the Governor spoke....you still have to understand we are battling the pandemic, these aren't normal circumstances and so I know the fans are anxious. I'm anxious. I want to watch Kansas City at home more than anyone else wants to," said Hochul.

While Monday is the soonest fans *could* be allowed in Bills Stadium, given this update that remains highly unlikely.