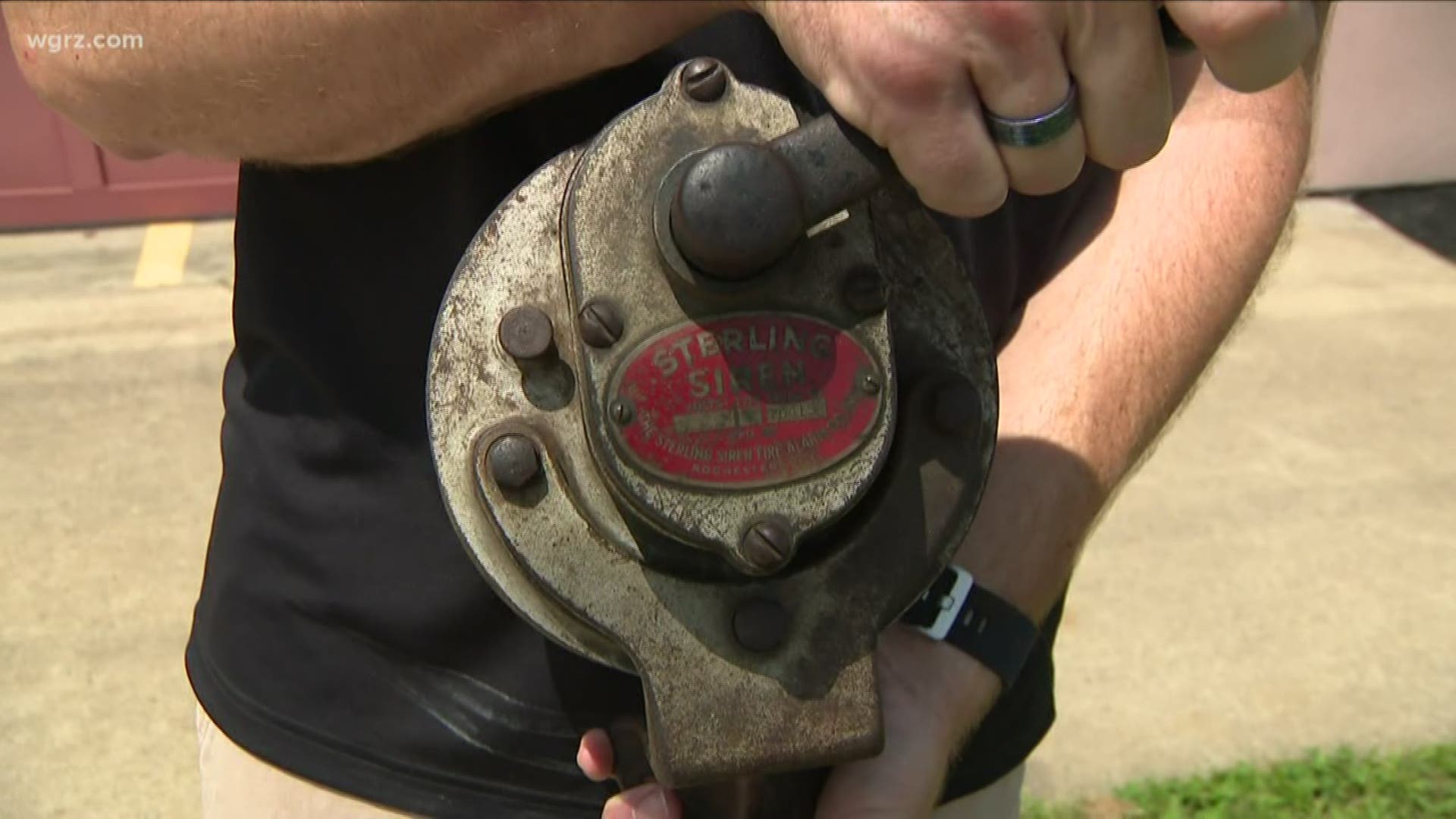 WEST SENECA, N.Y. — At their monthly meeting Monday night, the Winchester Volunteer Company had a few special guests. Dan Meyer Jr. is the son of Dan Meyer Sr. who himself was the son of Frank Meyer, a World War 2 veteran and volunteer firefighter at Winchester for 49 years.

“His favorite part of volunteer firefighting wasn’t fighting the fires but the beer inside," said Dan Meyer Jr. "Which I think you caught a picture of.”

When the company decommissioned and sold it's fire engine back in 1963, Frank Meyer removed the truck’s siren and kept it. When he passed, the siren went to Dan Meyer Sr.

“My father...decided to take it to local ball games and events in the Winchester/West Seneca area and anytime someone would score would score a run they would crank it up,' Dan Meyer Jr. said.

In 2001, the department was contacted by man who happened across the engine in a field in Pennsylvania and was going to scrap it, but looked up the name printed on the side of the vehicle and contacted the department. Instead of scrapping it, the engine was donated back to the department and restored in 2004, missing one specific piece.

In January, Dan Meyer Sr. passed away and Dan Meyer Jr. came across the siren and decided to donate it back to the department, making the refurbished engine whole again for the first time in 56 years.

“It’s a cool connection with the town of West Seneca, with the local community," Dan Meyer Jr. said. "It’s something that my father always wanted to do and we’re honoring him by giving it back in my grandfather, his father’s, name.”

“Life happens, but it’s cool that he kept a piece of memory never thinking that 20 years, 30 years after he passed away that the engine would come back to the town that he was originally from," he said.