Pitbull involved in biting incident to receive a new evaluation

A pitbull severely bit a U.S. Postal Service worker in September, and now there are questions about whether the dog should be put down. 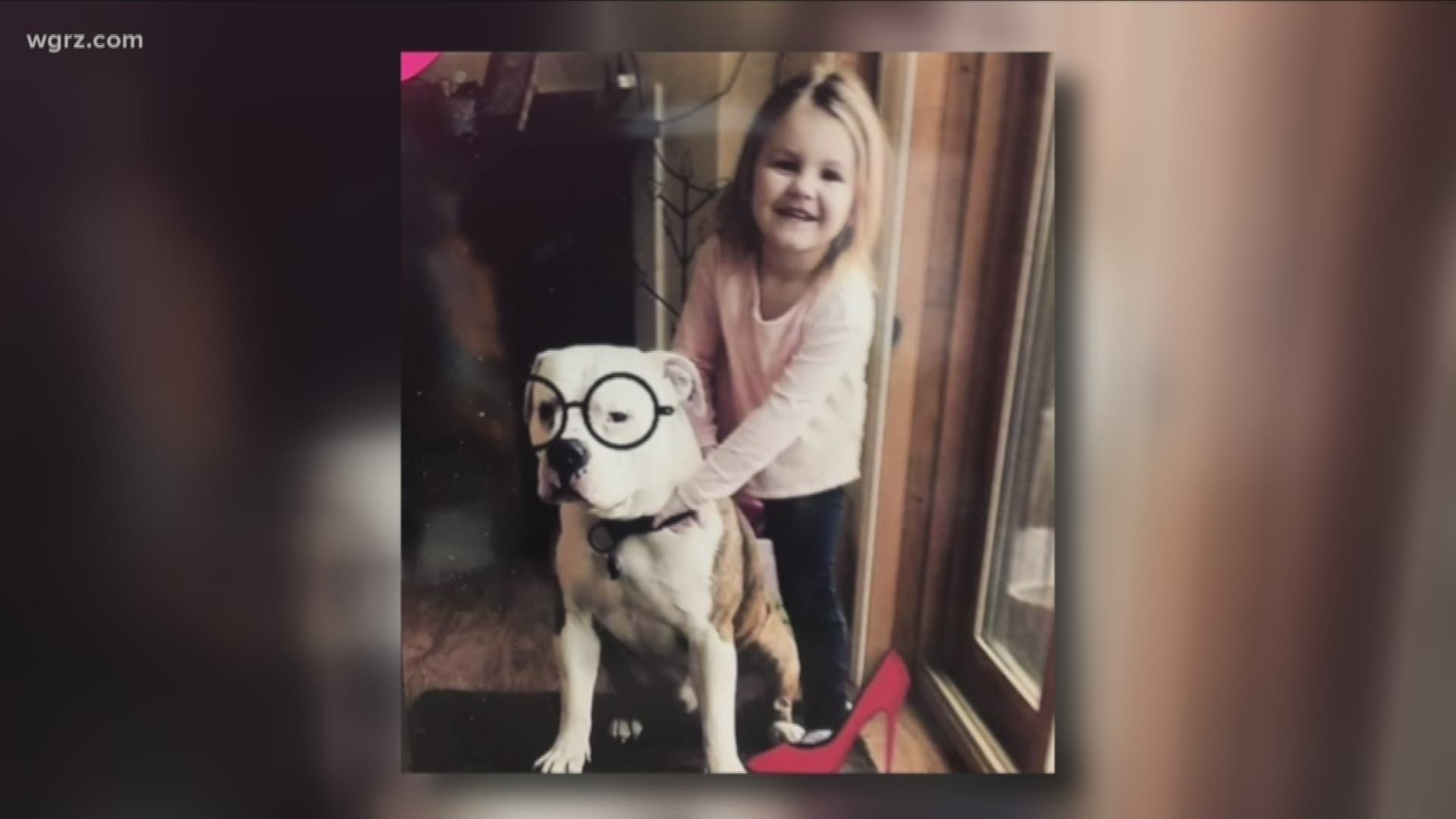 CONCORD, N.Y. — In the Town of Concord court, a judge is deciding whether a pitbull named Chunk should be put down after biting a U.S. Postal Service worker. This is a story that is getting a lot of attention from people who don't want the dog to be euthanized.

More than 33,000 people have signed a petition to save the "Sweetest Pitbull on Earth."

On Tuesday evening, a line wrapped around the courthouse with dozens of people showing support for Chunk before a hearing to discuss the case.

"We feel like one bite out of fear doesn't justify euthanasia," said Shelly Jemioli, a dog advocate and rescuer.

"We're gonna have to do what we have to do to save his life and we're willing to do that," said Jacqueline Wilk, Chunk's owner.

Wilk added, "He is a family-oriented dog, he loves the children, he definitely protects the children he's playful."

On September 6, Wilk says her dog was outside their Concord home on Manchester Road, on a long leash. The letter carrier, who has been delivering their mail for years, drove up near the house.

"From what she told me, she was placing the package near the truck door there was a pickup truck sitting there in the driveway I would say about 20 feet away from where the dog was tied up and went after her, came up beside her and took a big chunk out of her arm," said Gordon Cruse, the Boston Dog Control Officer.

"I didn't hear any of this but she stated that he was barking at her and she still decided to come up that driveway and deliver the package and I feel that was terrible what happened to her but I don't think it was Chunk's fault," Wilk said.

Wilk says this is the first time Chunk was ever violent; however, the letter carrier sought medical treatment following the incident.

"They're stating that my dog is a dangerous dog and that he should be euthanized," Wilk said.

The judge; however, is still deciding.

At the packed hearing on Tuesday, the judge announced Chunk will be given somewhat of a clean slate. He's expected to go home temporarily and then be taken to a different kennel agreed on by both sides.

From there, a new evaluation will be done and another dispositional hearing will be scheduled shortly after.

"They just want their baby home with them and they're willing to make any concession or sacrifice needed so that it occurs so I think that certainly gives a judge ultimately a lot of digressions to keep Chunk alive," said Matthew Albert, the attorney representing Chunk's family.

Wilk says she's blown away by the people joining her in this fight.

With tears in her eyes, she said, "Thank you so much. It means the world to me, it does."

While the battle is not over yet, they will continue to fight for Chunk.

"I think there's a lot of flaws in what had happened up to this point but I do think going forward that things are looking brighter," Albert said. 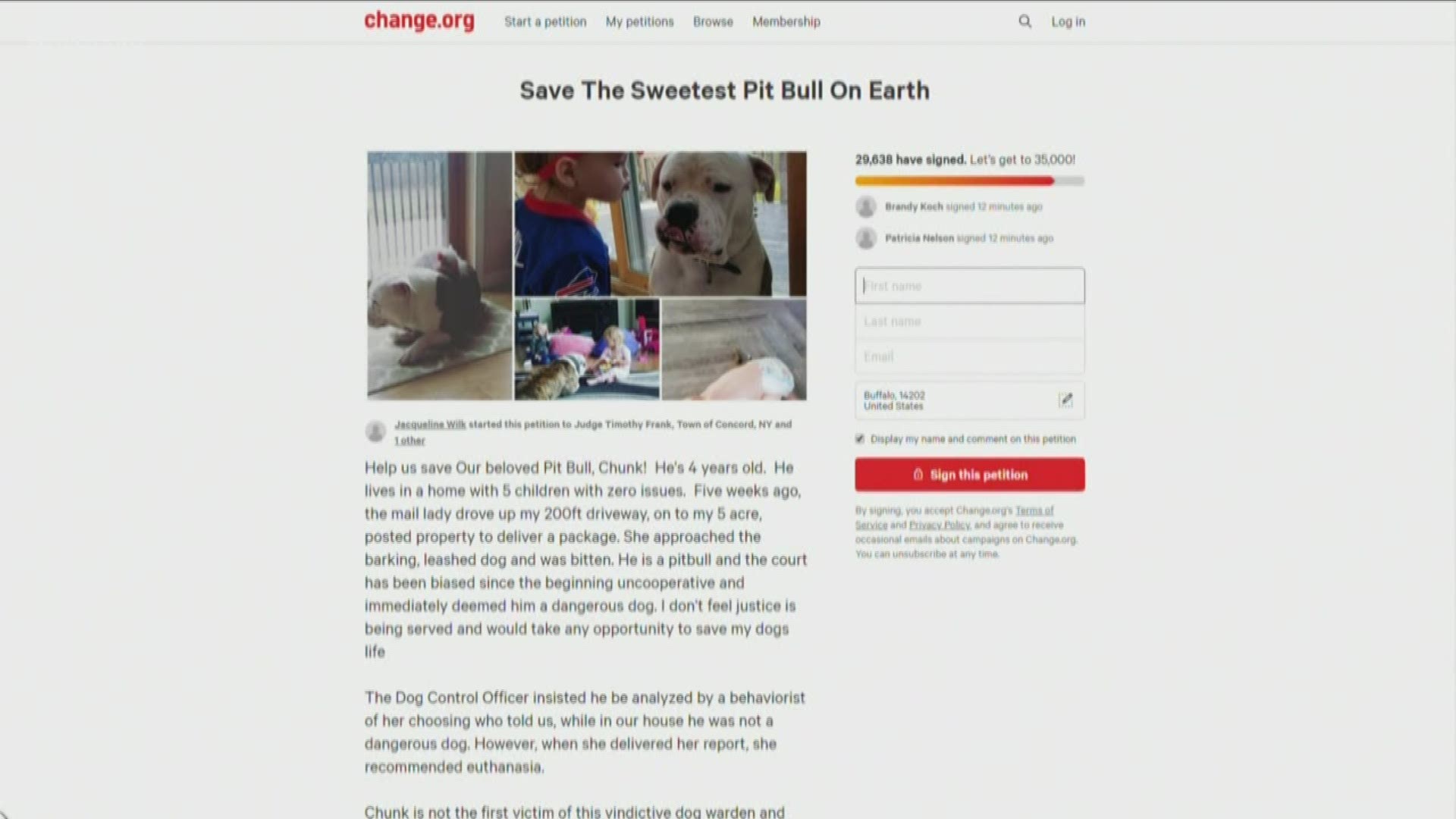 RELATED: Healthy dog euthanized, buried with owner according to will