Rheonix Corporation, which has an office here on Grand Island, is now pushing for federal approval for its robotic testing equipment. 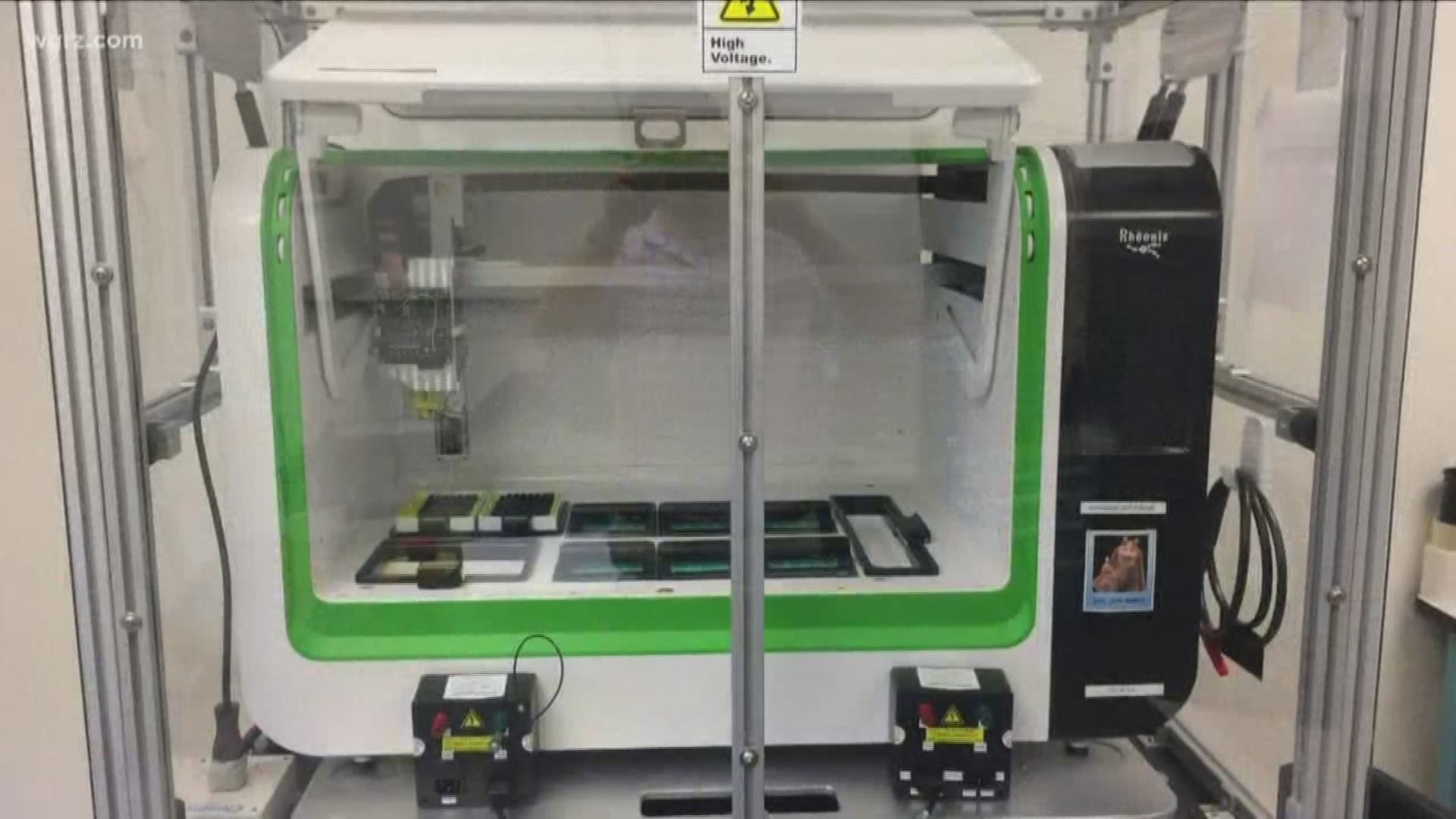 BUFFALO, N.Y. — There's plenty of frustration with the pace of testing for COVID 19. As Governor Andrew Cuomo put it recently, "We need obviously more testing and we need it quick."

It turns out some scientists and experts here in Western New York are working together to produce and seek federal approval for an automated system that could speed up that testing process.

As if heeding the Governor's words, the Rheonix Corporation, which has an office here on Grand Island, is now pushing for federal approval for its robotic testing equipment.

Dr. Richard Montagna is a senior VP and molecular biologist who describes the system, "You close the door and you hit a button to actuate the whole system and the software takes over and it runs the complete assay without any attendance by the operator and at the end it evaluates the results and reports the result."

The system is made in sterile clean rooms at the Rheonix factory in Ithaca. They also produce a disposable cartridge system for samples, which is simply plugged in. It's kind of like a circuit board, which activates a system of miniature pumps and valves to switch on and off automatically and circulate fluids for testing.

"All of the things that on the bench top could take anywhere from five or six hours to a day or two... it's all gonna be compressed to about four hours," Montagna said.

And if operated on a 24 hour basis, Montagna says the machine could analyze 144 samples per day as compared to some standard runs of only 20 processed lab tests per day.

Then there's the more portable size and lower cost of the unit, which resembles an oversize microwave oven.

"We're focused on where you have a small community hospital or even some of these drive thru situations where you wanna get a sample and run it and get results in a few hours," Montagna said.

In many ways this project reflects a Western New York partnership. For example Catholic Health Systems will be providing to Rheonix respiratory samples such as those from flu patients so that they can check the effectiveness of their testing equipment. Those samples will then be "spiked" with elements of the virus. That agreement is pending final approval.

They have also lined up the Buffalo based Zeptometrix lab to make "inactive" safe samples of the coronavirus for their use. And a UB professor will assist with statistical analysis. This is a joint effort to convince the FDA that the Rheonix system qualifies for an EUA - that's an expedited "emergency use authorization" to allow marketing of the system.

Montagna says the FDA has replied to their preliminary application and the required testing process will be somewhat simplified. He says that indicates officials in Washington are anxious to bring new such systems on line as quickly as possible.

RELATED: 173 confirmed cases of coronavirus in NYS; None in Western New York

RELATED: In Congress, questions about overdue testing for coronavirus