In this area, there has been an unusually large number of six types of cancer 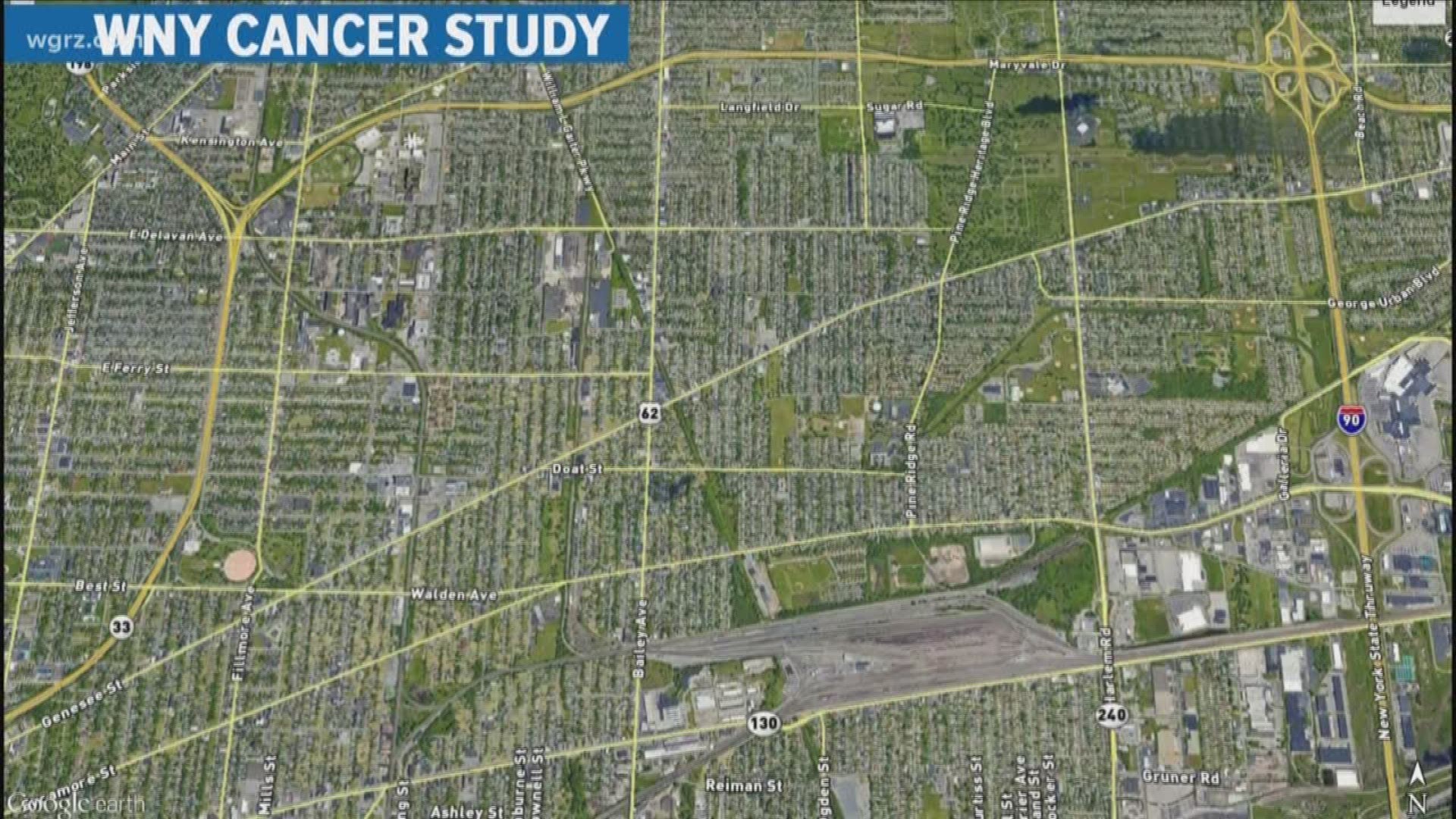 BUFFALO, N.Y. — Six months after the New York State Department of Health said it would release information collected about a cancer cluster in Western New York, state officials still have not released any new details.

The portion of Western New York being studied by the state includes Buffalo's East Side along the Cheektowaga border. This is near the old General Motors plant that is bordered by the 33, the Thruway, and Walden Avenue.  In this area, there has been an unusually large number of six types of cancer reported from 2011 to 2015.

2 On Your Side did reach out to the health department to find out when the results would be released. Health officials released the following statement:

“The Department of Health is continuing work on four regional cancer studies focusing on Erie County, Long Island, Staten Island and Warren County after holding public meetings in each area over the summer. The Department is reviewing cancer data, demographic and occupational factors, and is consulting with the Department of Environmental Conservation on environmental factors that may be contributing to these areas of higher cancer rates. The Department anticipates finalizing the report in the coming months.”.

While the community waits for the results, Erie County health officials are looking for an organization to create a cancer prevention outreach program.

On Wednesday night, members of the community had the chance to question county leaders about the concerns they had. and about how the county is responding to this unusually high number of cases.