The East Amherst physician assistant has amassed thousands of followers as she aims to erase the stigma associated with uncomfortable women's health topics. 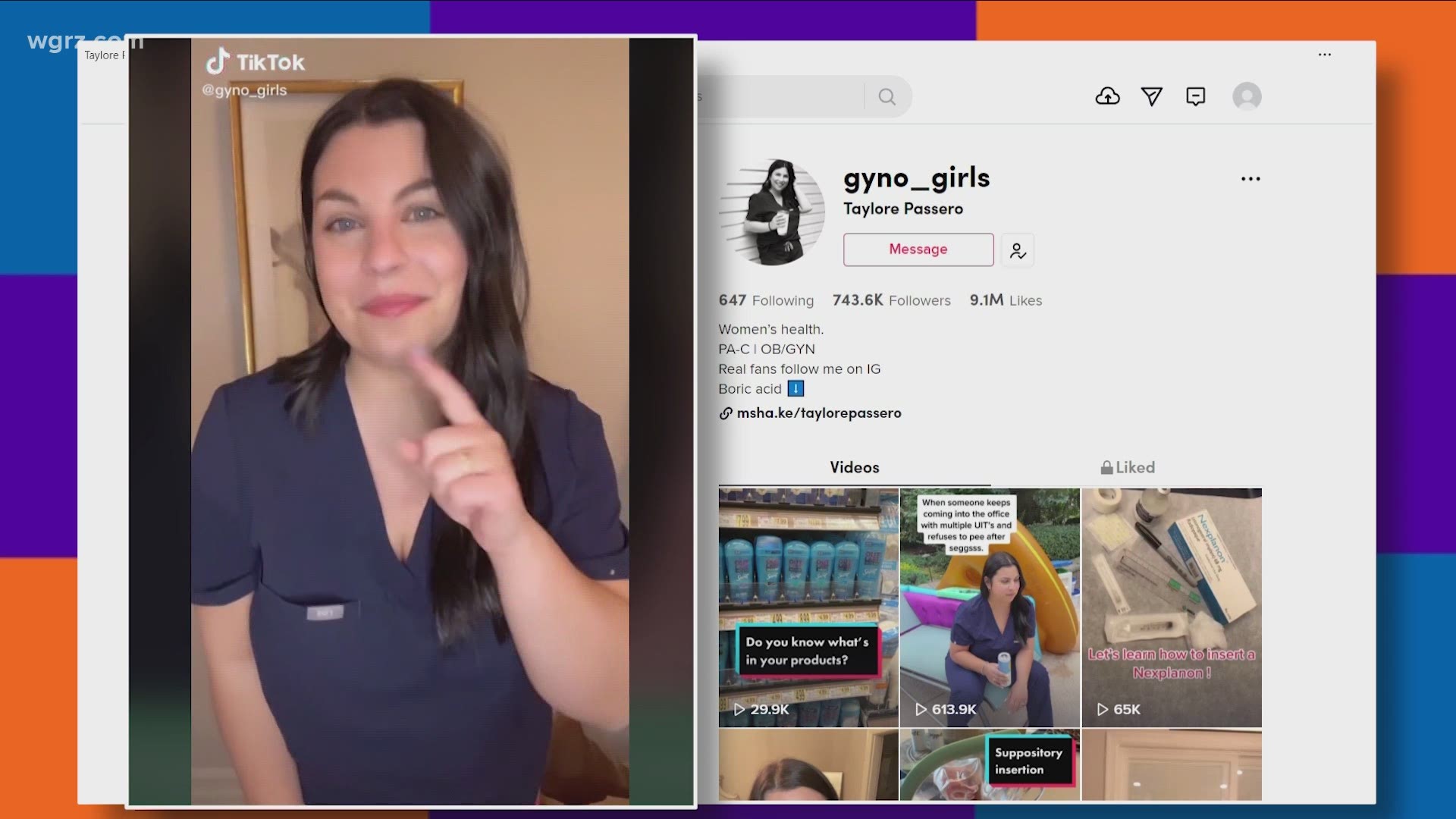 EAST AMHERST, N.Y. — When was the last time you heard the word "vagina" used on a local news program?

The word might be uncomfortable for some, but that fact alone is why our Most Buffalo team felt it was important to highlight a Western New York physician assistant who is isn't embarrassed to say it out loud. In fact, Taylore Passero says it often on her TikTok, "gyno_girls".

"We don't talk about our women's health care issues very openly and frequently, so I definitely think there's a stigma," Passero of Clarence said.

Passero works at All Care for Women in East Amherst. She sees about a dozen patients a day in-person, but she reaches over 743,000 more on TikTok. She makes short videos about everything from menstrual cycles, to birth-control, and what to expect during your first Pap test -- no appointment necessary.

One video explaining the tools used during a woman's annual checkup got almost 2 million views. Another about how to correctly insert a tampon got over 8 million.

A poll of 2,000 women in 2020 found there are some major gaps when it comes to what women know about their own bodies.

For example, 1 in 10 women were unable to correctly identify a diagram of a woman's reproductive system. Nearly 25% misidentified the vagina, and 59% identified the uterus as a completely different body part.

Passero hopes openly and honestly sharing this information in this way will help educate women of all ages about the things that they might be too uncomfortable asking a parent or a doctor.

While Passero says this is not a replacement for going to the doctor, she thinks ongoing dialogue in between appointments is necessary. She points to a lack of education on the topic in schools.

"That health education that you get is just not good enough, in my opinion," she says. "My main goal is to educate women in all the facets of women's health care, but to really break down that stigma, break down those barriers, and to give them resources and tools to speak up for themselves, to become advocates for themselves and to talk to their health care provider."