'It would mean a lot. It would mean ... words can't describe how much it would mean,' said 27-year-old Ashley Berlinski, who works at Sisters Hospital. 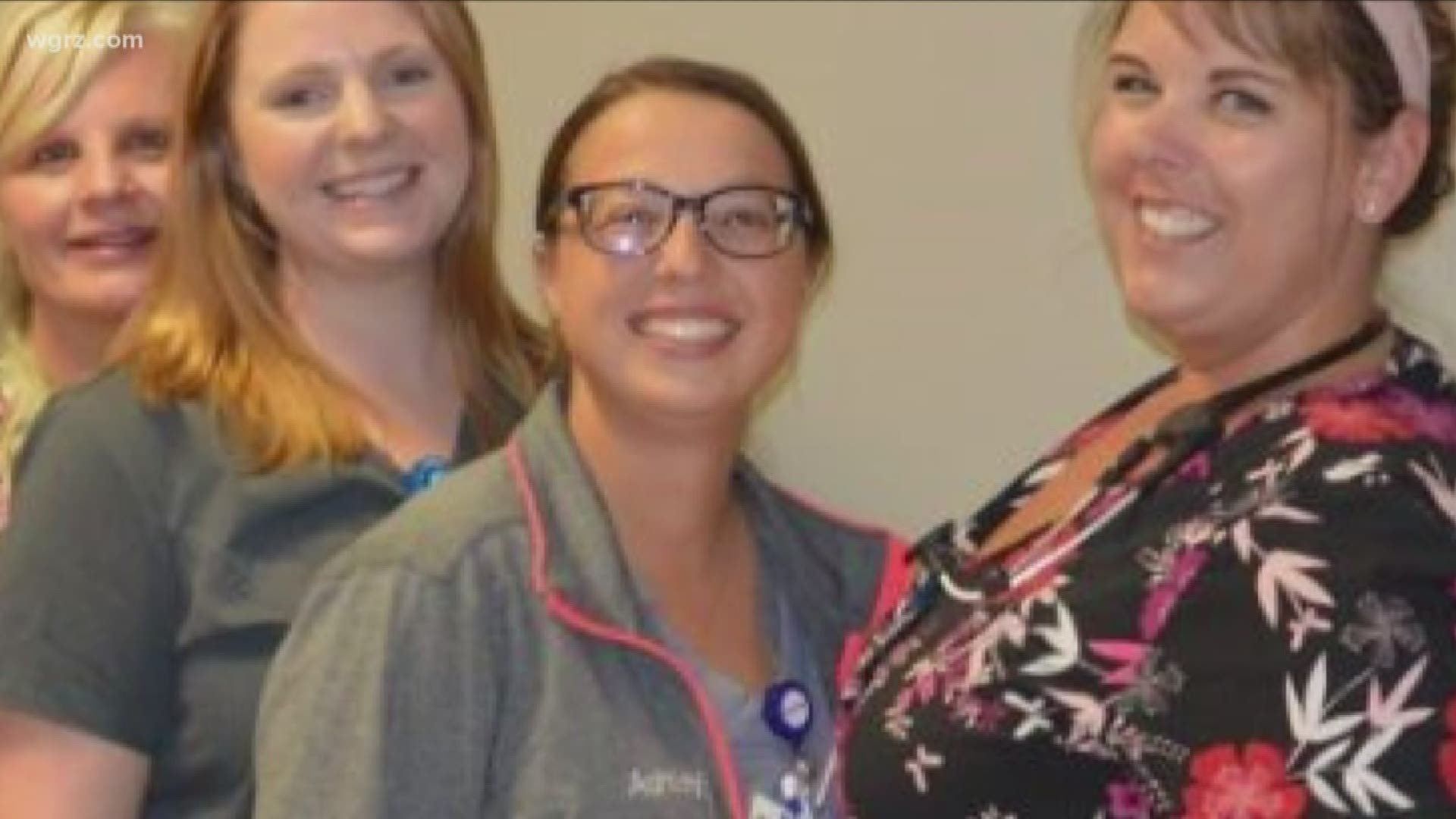 BUFFALO, N.Y. — If you spend two minutes with 27-year-old Ashley Berlinski, you can tell she has a bright spirit, with plenty of optimism to match.

"I look OK, but on the inside, things are not so great," she said.

Berlinski has dedicated her life to caring for others. She is currently a nurses aid at Sisters Hospital and going to school to become a nurse.

"Just always wanted to help people and take care of people, and I figured being a nurse would do that justice," Berlinski said.

Four years ago after passing out at work, Ashley was taken to the hospital. She spent a week there before doctors discovered what was wrong.

"They finally did a kidney biopsy, found out that I was already in stage two renal failure," she said.

Ashley was put on a transplant list and began receiving treatment at Strong Memorial Hospital in Rochester. She does dialysis from home 10 hours a day, but recently things took a turn for the worse.

"The past couple months they found out my kidney function is end stage renal failure. It's been for awhile, so it's stage five," she said. "My health has gotten progressively worse. I would need a donor within the next couple months."

Her co-workers at Sisters Hospital, who have now become family, are working to help find her a donor. They're creating posts on Facebook, posting flyers, and doing anything to help get the word out.

"They've been so wonderful. They're just like, 'We want to help you, we're going to find you this kidney,' " Berlinksi said.

Berlinski says she won't give up hope, knowing how much it would mean in the end.

Berlinksi needs a donor with O-negative or O-positive blood type.

However, if you don't have that blood type, you can still help her. If you donate a kidney to someone else in need, the hospital will be able to find her a kidney as well.

If you would like more information about transplantation or the donation process you can click here. You can also call the hospital tip line (585) 275-7753.

RELATED: Transplant nurse donates liver to boy at her hospital