Jim Kuhlmann has donated more than 1,100 units through the years. 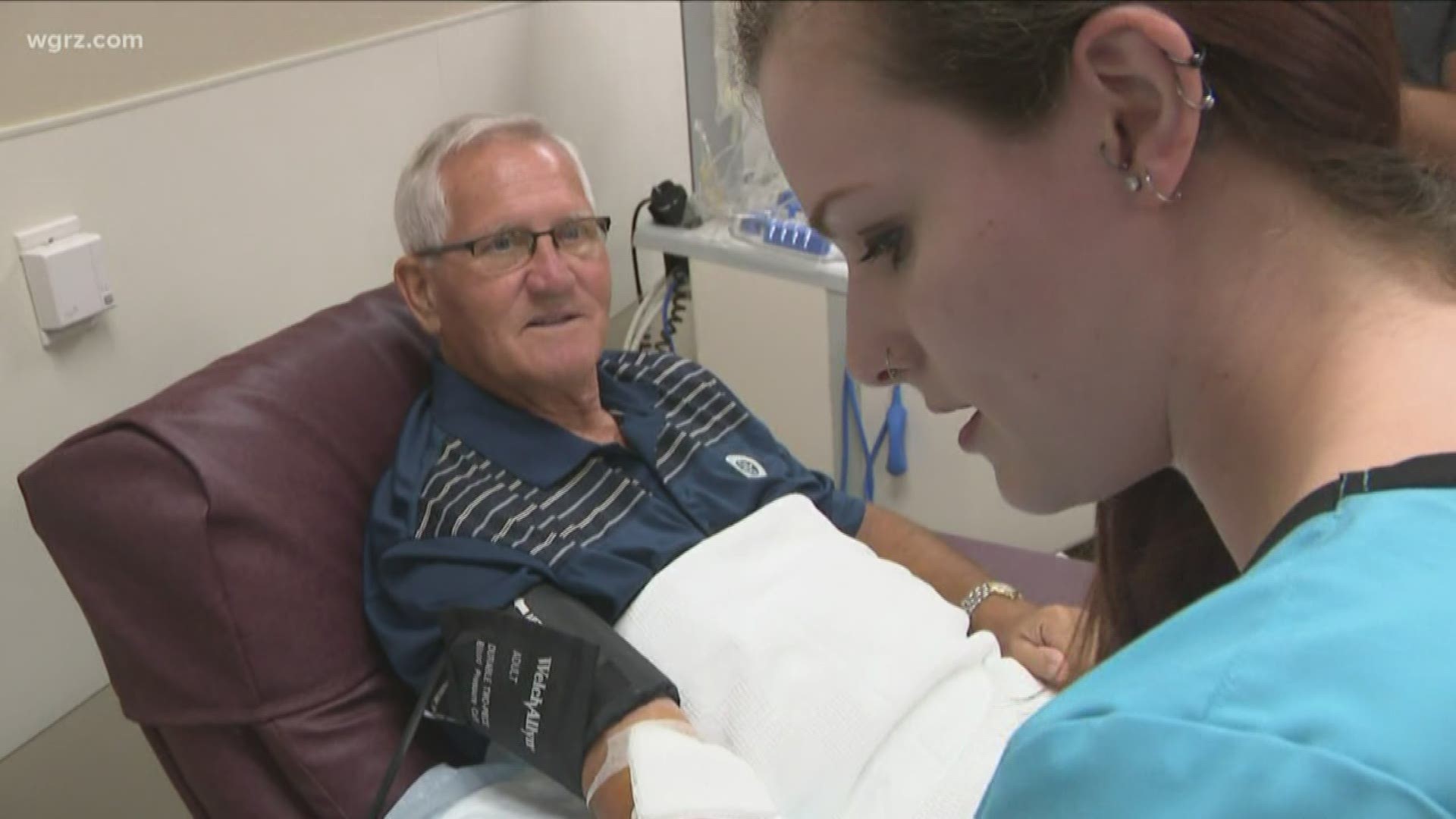 You're about to meet a man who's been going to Roswell Park Comprehensive Cancer Center for the past 50 years, and that's not his Guinness World Record.

It would be another 25 years, before pheresis specialist Joelle Salerno was even born, that Jim Kuhlmann started coming to Roswell Park to donate his blood platelets.

"My dad and one of his friends became regular donors as a result of a need for a friend of theirs. I became a substitute one time when my father couldn't make it, and that was back in December of 1970."

Donating platelets involves drawing your blood, spinning it to remove the platelet cells, and returning it back to you.

Jim Kuhlmann has donated more than 1,100 units through the years.

"Gallons are probably not the appropriate measure, but that's the measure we always use for people who donate."

"That's a pretty good number. I wonder if there's a world record for that."

AMR hiring dozens of new EMTs who earn while they learn