Hiding in plain sight: Can you spot these vaping devices?

NBC’s Vicky Nguyen put parents and teachers to the test to see if they could find the hidden vaping devices. It didn't go so well. 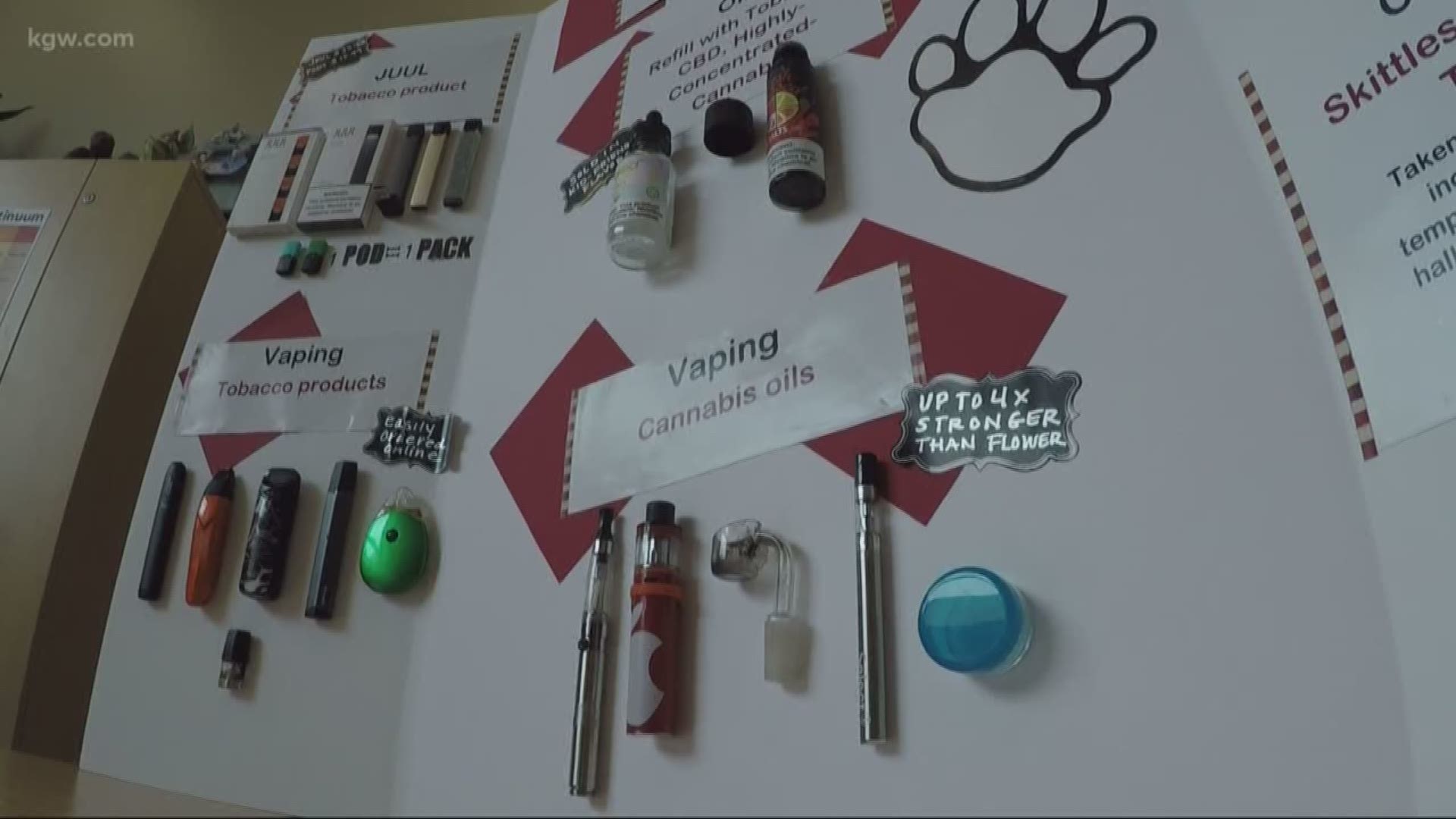 PORTLAND, Ore. — Several products are now on the market that make it easy for kids to disguise and hide e-cigarettes as everyday objects such as pens, smartwatches and more.

NBC’s Vicky Nguyen put parents and teachers to the test to see if they could find the hidden vaping devices. It didn't go so well.

These devices are designed to look just like school products. They’re for sale online and in vape shops. NBC reached out to the Vapor Technology Association. They said they don't approve of underage use of these devices and are working to raise the purchasing age to 21. But for now, kids are able to purchase these devices.

One of the products NBC used in its test looked just like a black marker. Another looked like a USB flash drive, another like a pen. One was a hoodie with a vaping device hidden in the fabric.

Would you be able to spot these vaping devices? Join the conversation!

NBC brought in teachers, school aids, a retired police officer, and parents. They walked through an entire classroom where vaping devices had been planted on students or on their desks. They were asked to point out what they thought were vaping devices.

The first teacher that came in spotted only three of the 14 vaping devices. The best anyone did with the test was correctly spotting five out of 14.

It was an eye-opening experience for teachers and parents.

"If you have to hide something, then there's something wrong with it," one parent said.

RELATED: Washington's ban on flavored vaping products in effect until 2020

RELATED VIDEO: VERIFY | What's the latest on the vaping epidemic?