The FDA calls it a dangerous epidemic: the disturbing rise in kids and teenagers vaping. So, what are state and federal agencies doing to deal with this? 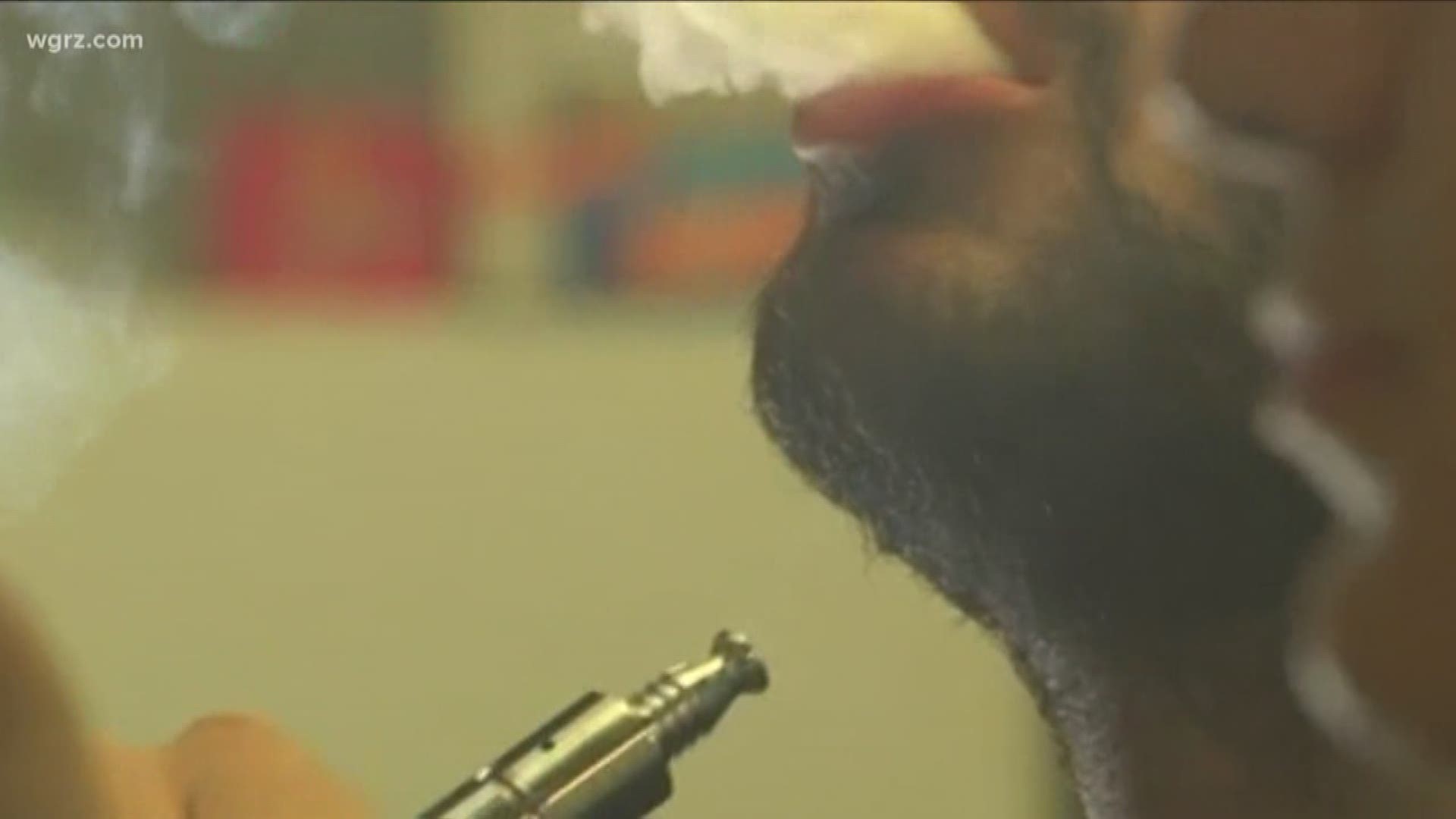 They come in fun colors and sleek designs.

They can look like a USB flash drive, a highlighter, or even a pen.

Which is why schools are finding it's extremely easy for students to hide electronic cigarettes in plain sight.

School administrators and health experts tell 2 On Your Side they feel it's no coincidence the devices are designed this way to be attractive to youth.

The U.S. Food Drug Administration, which was charged with regulating the industry in 2016, is now cracking down on e-cigarette manufacturers. The federal agency is threatening to stop sales of the devices, if the companies can't prove they're doing enough to keep their products out of the hands of children and teens.

MORE: Vaping? You could be inhaling lead and arsenic, a new study finds

One idea is having designated areas, in stores that sell e-cigarettes and liquid nicotine, where the products aren't visible to kids and teens. They also proposed restricting online sales to websites with enhanced age verification.

Regulators have also asked those manufacturers to turn over documents about the design, marketing and ingredients of its products. We're told by an FDA spokesperson that this data collection is an ongoing process and would not give any further details about how the manufacturers are complying with their request.

According to a CDC report released just a month ago, one in five high school students currently use e-cigarettes. For middle school students, it's one in 20.

The FDA launched a public service campaign against youth vaping that includes public service announcements, signs in school bathrooms, and ads on websites.

Vape shops are also being monitored. Local and state law enforcers, as well as FDA regulators, are making sure stores are not selling these products to minors.

MORE: US agency cracks down on Juul e-cigarette popular in schools

New York state banned the sale of e-cigarettes and vaporizers to those under 18.

But state legislators, like Tim Kennedy, say more needs to be done. He pledged to make e-cigarette legislation a priority in Albany during the upcoming legislative session.

"I'm supportive of increasing the age of tobacco use to 21. That's one way to start," Kennedy told 2 On Your Side at an event in Buffalo Thursday. "We also have to do other things. We know that tobacco companies have taken advantage of our children and the general public for generations and have made billions of dollars in the industry. This is another opportunity for them to make money off of the backs of our children and of the health of and the well being of society. So we have to get out in front of it. And I'll be doing everything and anything that I can to do so."

State Assemblyman, Robin Schimminger, also returned our request for comment saying, "If I hear from my school districts that a change in state law is needed, to give them added support, I would certainly carefully and positively consider taking such action."

The CDC has information online for parents to help them discuss vaping with their children.