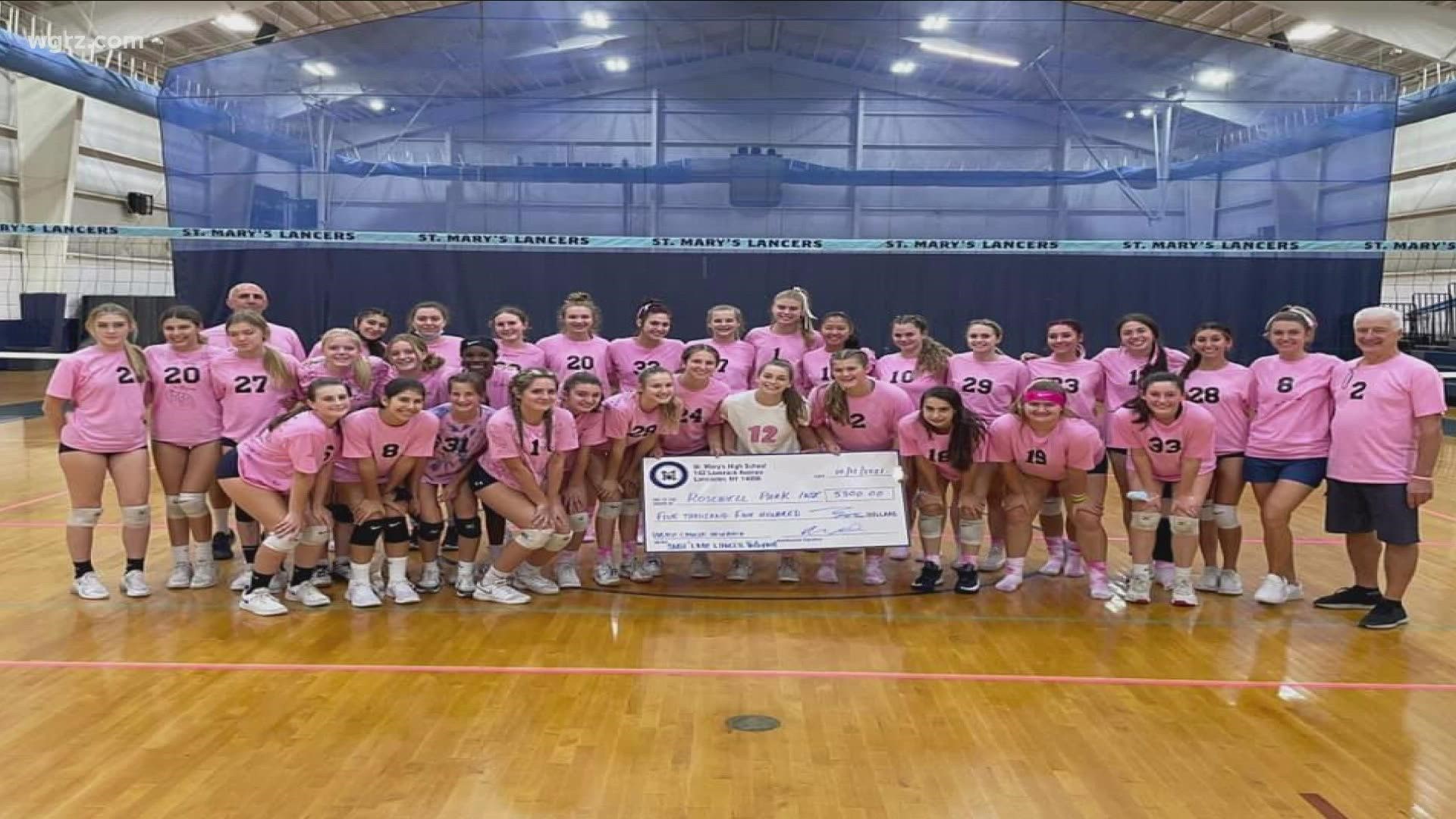 The St. Mary's High School girls volleyball team in Lancaster played in its annual Dig Pink game earlier this week, and the money raised was donated to Roswell Park.

The school says the Lancers not only brought home the win, but it raised $5,500 for the Buffalo cancer center.

Players have been collecting donations over the past few weeks, and they also received the signatures of those fighting cancer and cancer survivors on pink jerseys.