Opening up the conversation about pregnancy loss 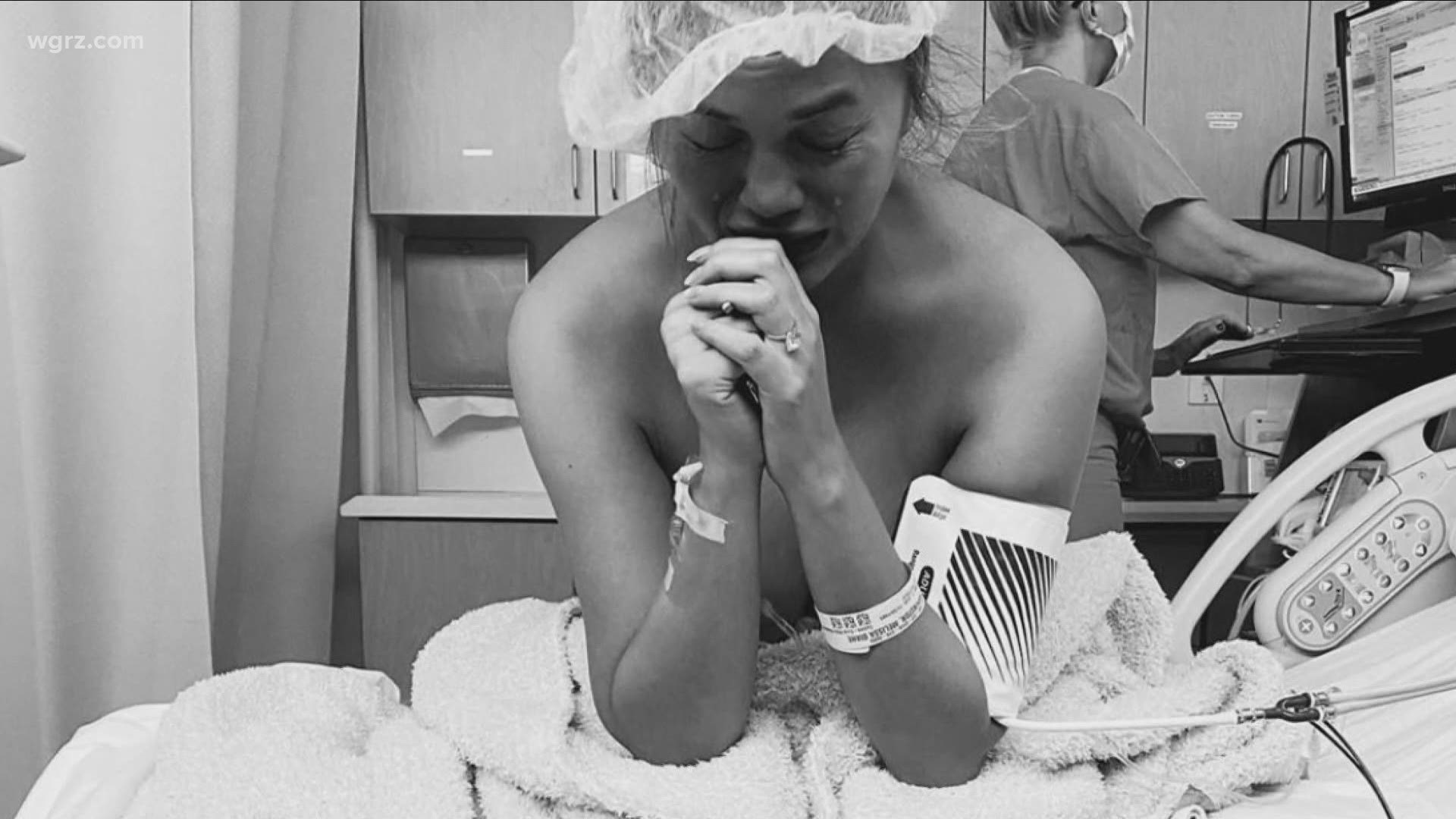 BUFFALO, N.Y. — Model and actress Chrissy Tiegen made the emotional announcement on social media Wednesday night that she had a miscarriage while delivering her third child.

Pregnancy loss is something fertility specialists say does not receive enough attention.

"This is a really hard thing for people to talk about because it's a very intimate part of of their lives and it's something deeply personal," said Amy Creamer, Director of Perinatal Services at Sisters of Charity Hospital in Buffalo.

Catholic Health helps families cope with pregnancy loss with their "Footprints On The Heart" program.

They work alongside the Western New York Perinatal Bereavement Network to provide support for families who don't know where to turn, not just immediately after a loss, but in the long term.

Miscarriage and infant loss is something local advocates tell us happens a lot more than most people think. Luckily, there are resources here in Western New York for families struggling to cope with the loss of their child.

"We don't want families to go through a loss and just send them on their way and say good luck dealing with this," Creamer said.

According to research from March Of Dimes, 10 to 15 in 100 pregnancies end in miscarriage for women who know they are pregnant.

Most pregnancy loss happens in the first trimester before the 12th week of pregnancy.

"Many people feel extremely vulnerable when they've gone through a loss, so it can be very hard for them to open up sometimes to family and friends."