Burstein says New York State data shows nearly all people under the age of 30 infected with the disease – about 90 perfect – identify as drug injection users. The Centers for Disease Control reports the same correlation nationwide. 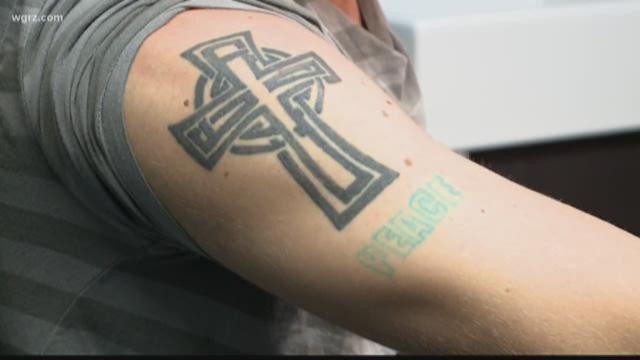 BUFFALO, N.Y. – The Erie County Health Department says cases of hepatitis C are on the rise because of the number of people who are addicted to drugs who may be sharing needles.

As a result of the rise in hepatitis, Legislator Patrick Burke is proposing a law to allow law enforcement to crack down on illegal tattoo parlors, where possibly unsafe needles have to potential to make things worse.

Burstein says New York State data shows nearly all people under the age of 30 infected with the disease – about 90 perfect – identify as drug injection users. The Centers for Disease Control reports the same correlation nationwide.

"That is contributing substantially to our vastly growing increased burden of hepatitis C in New York State and across the U.S.,” Burstein said.

As it turns out, Erie County also has an illegal tattoo parlor problem, where unlicensed artists may not be following safety procedures.

The problem locally is there is currently no legal way for the Health Department to truly crack down on underground parlors, and that's where Burke's proposed law would come in.

He says it would allow the Sheriff's Office to get involved.

But again – how can they crack down on places that aren't brick and mortar shops?

“So a lot of these folks, they advertise online. Like 'Hey, come to Smitty's house. Go to Smitty's basement and get your tattoo,' and the Health Department can go there and put a letter on their door and say 'don't do this,' but they just ignore it,” Burke said. “So you need the Sheriff to have the power to go in and stop them.”

Burstein says getting a handle on the rise in Hepatitis C means working hard alongside the state to look at resources that would help. Since increased cases of the diseases are linked to injected heroin use, Burstein says it remains as important as ever to continue getting addicts intro drug treatment centers.

The rise in hepatitis C cases should also increase concern for the spread of HIV and AIDS, Burstein said.

Legislator Burke's concern is that people who are getting unsanctioned tattoos might not be diagnosed yet.

"[Maybe] they don't know they have hepatitis. So, they go and get a tattoo from an underground tattoo parlor, the safety procedures aren't in place, they're reusing needles,” Burke said.

Regarding tattoos in general, Burstein wants to remind people that tattoos present not only the chance of getting hepatitis C or B, but also other diseases, staph infections, scarring, and sometimes regret later in life. She says it's often teenagers who aren't of a legal age yet to get a tattoo who go to underground parlors.

"Any opportunity that we could have with law enforcement to partner to find these tattoo artists would be very helpful,” she said.