No deal reached yet between Catholic Health & CWA union

In Catholic Health's latest proposal, they bargained to add 250 new positions, but the CWA said that did not work in 2016. 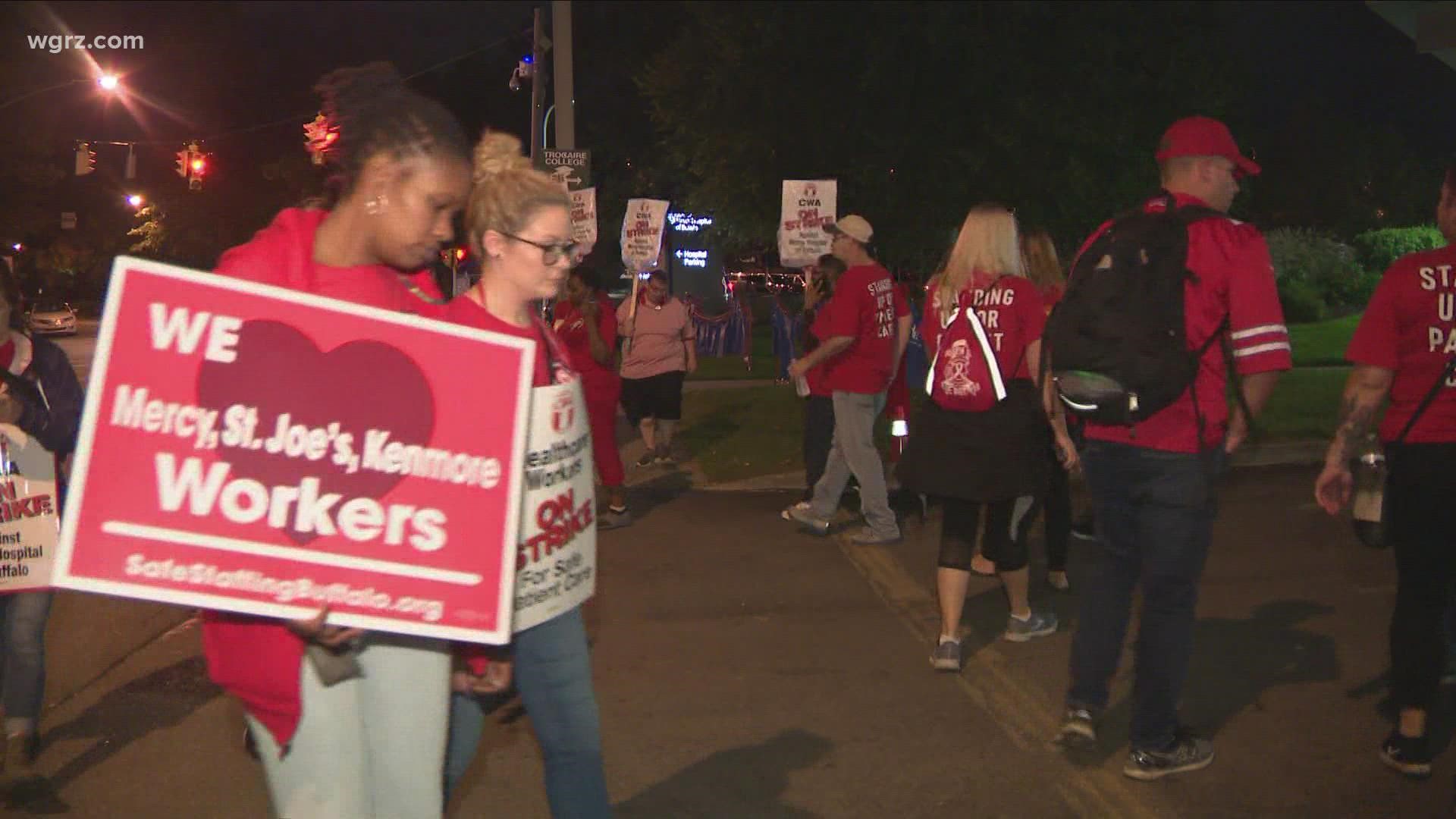 BUFFALO, N.Y. — The CWA representing South Buffalo Kenmore Mercy hospital workers held a news conference Tuesday evening to give an update about the ongoing negotiations between them and Catholic Health.

As of 5:30 p.m., no deal between the two was reached, which means the strike continues.

The union had issued a counter-proposal to Catholic Health's latest offer.

CWA Area Director Debora Hayes said they want a commitment from Catholic Health to end the working conditions and staffing problems at the hospital and they also want a fair wage increased.

In Catholic Health's latest proposal, they bargained to add 250 new positions but the CWA said that did not work in 2016.

"I know that they have talked about the fact that they want to hire 250 new employees, which is exactly where we found ourselves in 2016. You know, they promised us that they were going to hire a certain number of employees, and they hit that number," Hayes said. "And then once they hit it, things just deteriorated down to conditions even worse than they were before we started bargaining in 2016."

2 On Your Side reached out to Catholic Health-- who said its statement from Monday still stands:

“Catholic Health is ready to welcome Mercy Hospital associates back to work. We want them back. And we believe they are eager to come back,” JoAnn Cavanaugh said. “They are the heart and soul of the hospital. We also want to settle these negotiations for our associates at Kenmore Mercy Hospital and Sisters of Charity Hospital, St. Joseph Campus.”

CWA said negotiations will continue again Wednesday morning until a deal is reached.