East Side Success: The program intends to use vacant lots to increase urban farming by training Buffalo youth on how to grow and sell fresh produce in food desert sections of the city. 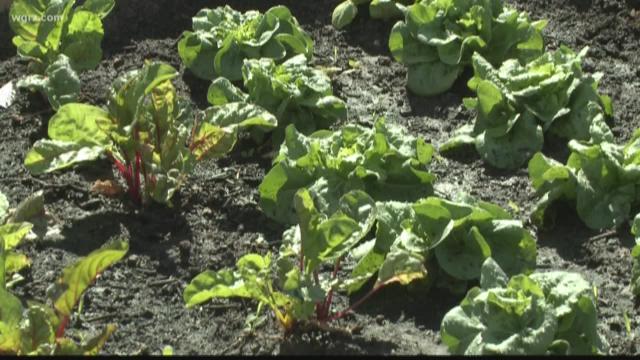 BUFFALO, N.Y. – As the urban farming industry continues to grow, there's a new program in the City of Buffalo that aims to bring fresh produce to Buffalo's East Side and sprout interest in young people to try out and consider career paths in urban agriculture.

Fresh Food Fellows is made up of several partners with several goals.

The program intends to meet those goals by training Buffalo youth on how to grow and sell fresh produce here in the city.

"Young people need jobs, we need healthy food in Buffalo, we need to put good and restorative uses on our vacant lots, and this achieves all three of those,” said Antonina Simeti, executive director of Groundwork Buffalo.

Groundwork Buffalo is one of the three pillars partnering to create Fresh Food Fellows. Field and Fork Network and Grassroots Gardens are the other two, and together they are all launching an educational and entrepreneurial program.

First reported by Buffalo Rising, the program hopes to recruit both from school programs and within the Delevan-Grider area and on the East Side.

They’ll take classes at the Delevan-Grider Community Center, and then build their own farm.

Alexander Wright is president of the African Heritage Food Co-op, and he believes teaching kids can only benefit the future.

"If you're responsible for your own food source, no one can take it away from you. Also, all of life's lessons are taught in the dirt. You learn that life isn't fair. You learn about hard work. You learn about working together and co-operative learning,” Wright said.

His co-op is mobile, and seeks to bring fresh produce market stands to different parts of the East Side.

Many East Side neighborhoods are considered food deserts, meaning they don't have access to fresh food nearby. Those areas tend to only have corner stores instead.

Fresh Food Fellows will take advantage of vacant lots – starting this summer on Delevan – with a goal to change that.

“You know, teach youth that they can actually do this work in cities. You can be a farmer in a city. And you can create your own food, and you can sell that food, and it can actually be a real sort of job path,” Simeti said.