Mucus and misery: What's going on in Western New York?

One doctor says what people in Western New York are seeing right now is some intestinal viruses, but mostly upper respiratory infections. 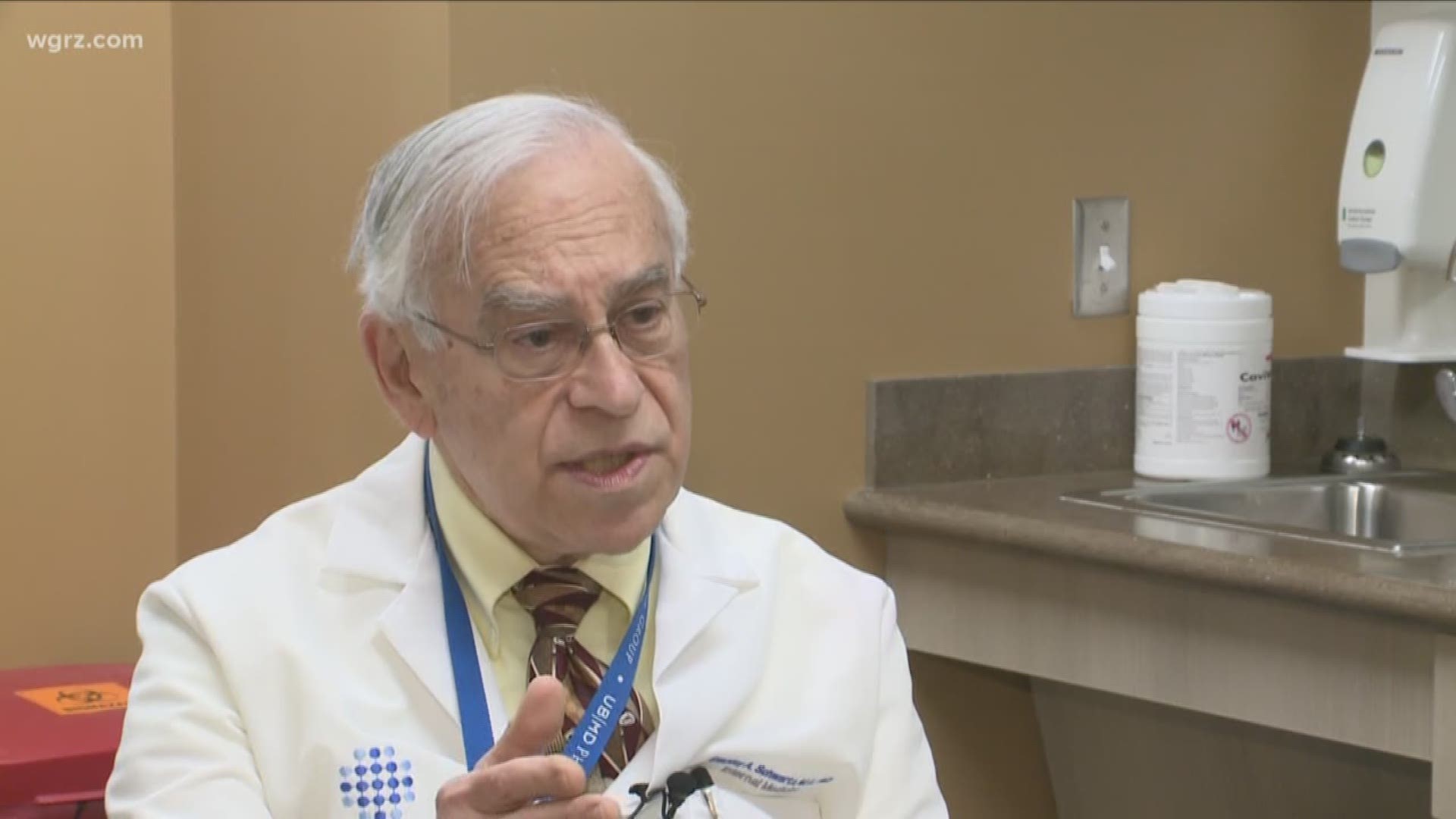 BUFFALO, N.Y. — It feels like everyone's coming down with something right now.

Are these spring sicknesses average?

Or are more people sick than usual?

In your workplaces and in schools, it's difficult to ignore the coughing and sneezing. And of course, you can't forget about those other, more unsavory, symptoms we would rather rather not mention.

"The spring's a funny time," said Dr. Stanley Schwartz, a University at Buffalo professor of medicine and pediatrics.

He's also the chief of the division of allergy and immunology.

He stresses seeing more sickness now is nothing new.

"In the springtime there are a whole bunch of different viruses that become very prevalent," he said. "Most of them are harmless ... harmless in the sense that they're not going to kill you, but you may feel like you're gonna die."

There has also been some concern about the super fungus -- making headlines across the country -- and questions if that could somehow be contributing to the number of sick people here in Western New York.

But the state health department stresses that is a completely separate issue.

There are in fact hundreds of Candida-Auris cases in New York State, but so far there are no reported cases here in Western New York.