'I was told during my operation, instruments had not been fully sterilized': WNY man details surgery aftermath 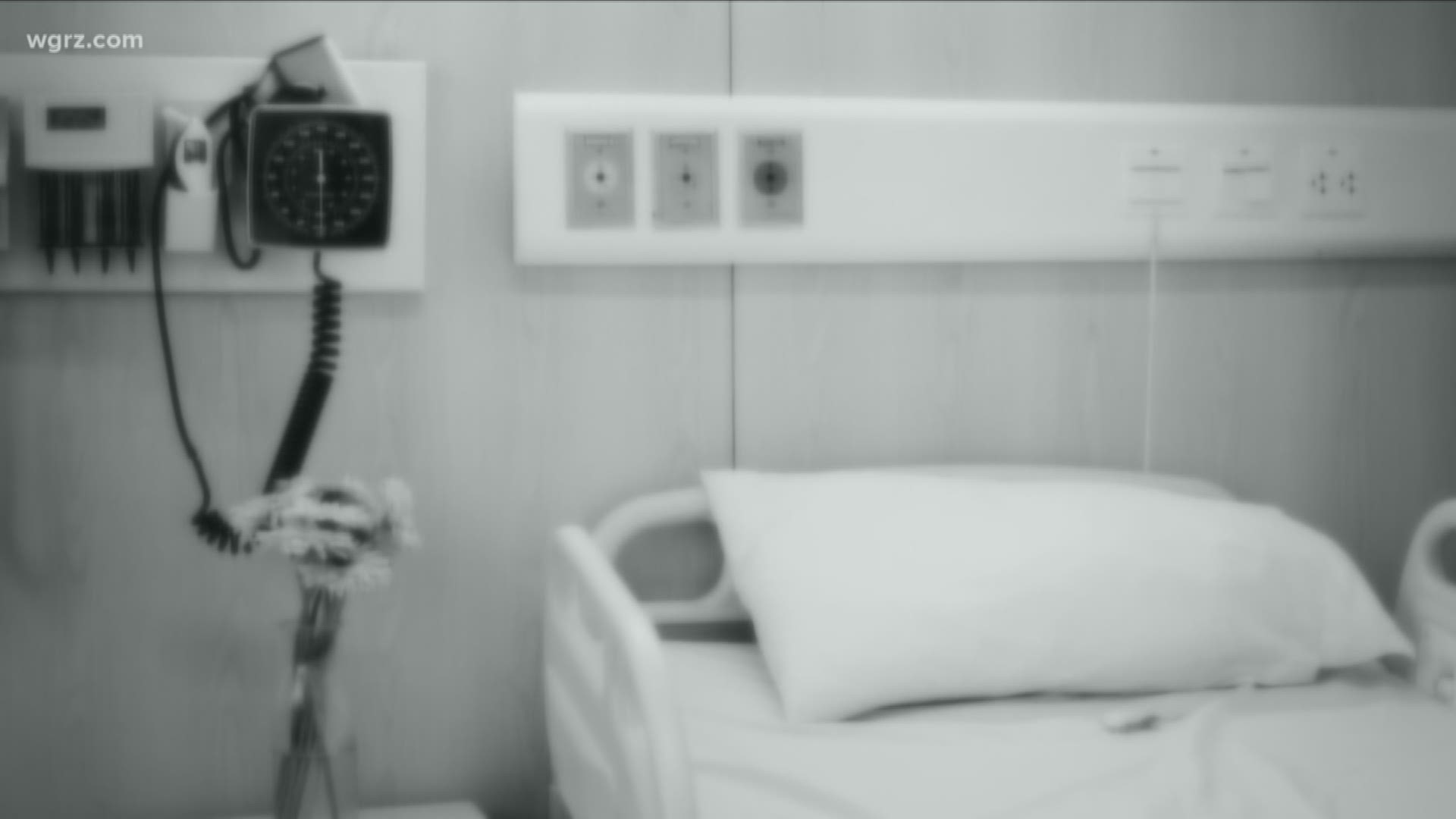 That’s the lingering question for Timothy Andruschat, an attorney from Clarence. His ordeal began last March with a drive to Millard Fillmore Suburban.

"I barely made it in. I had knee buckling pain that I had never had before," says Andruschat.

Credit: WGRZ
In March of 2019, attorney Timothy Andruschat drove himself to Millard Fillmore Suburban Hospital. Previously diagnosed with diverticulitis, an exam discovered his large intestine was perforated and leaking into his abdominal cavity causing intense pain.

Records of Andruschat’s hospital stay show he was previously diagnosed with diverticulitis, an infection of the large intestine. When he was examined at the hospital, it was discovered the effected segment of his intestine was “perforated” and leaking into his abdominal cavity causing his intense pain.

Quickly, Andruschat was admitted and surgery was scheduled.

“They were taking out a rotten section of intestines,” says Andruschat.

The surgery went well enough that not quite two days later, Andruschat was in his hospital bed, feeling good and eager to go home.

Then, two visitors came to his room. Andruschat’s surgeon and the Chief Nursing Officer for the hospital, Rob Swann.

Andruschat recalled, "I was told that during my operation, instruments that had not been sterilized, or fully sterilized, had been used and therefore, I was at risk of among other infections HIV and hepatitis."

Credit: WGRZ
Andruschat's medical records note the conversation with him about the likely un-sterilized instruments used in his surgery. The highlighting of the text was done by Andruschat himself who supplied the records to WGRZ.

Hospital records confirm that “surgery instruments cleaned…but likely not sanitized” and the “potential risk for exposure to HIV.” There is also a notation in the records of Andruschat being told the hospital was conducting an internal investigation. But Andruschat says at this point in the conversation, his attention was fading, and his head was filling with questions about HIV and his future.

"How does this effect my family? My 13 and 14-year-old kids. How do I interact with them? Do I share cups?"

Science was on Andruschat’s side. The Centers for Disease Control says, “documented transmission of pathogens associated with an inadequately sterilized item is extremely rare.”

Linda Catanzaro, associate professor at UB’s School of Pharmacy, says both drugs are effective. But there are side effects.

“Things like diarrhea, upset stomach, abdominal pain. There may be vomiting associated with that, too," says Catanzaro.

Andruschat says while on the drugs he was vomiting almost every day. Medical record show during the first two week he was taking the medications, he lost 21-pounds. He says over a month, he dropped 30-pounds.

Andruschat says he recalled thinking, "If this is the cure... how bad is the disease? I mean that was my thought process."

Eventually, there was good news. HIV tests six-weeks and six-month after surgery were both negative.

Still, one thing eluded Andruschat… an explanation. Hospital records note he asked how such a mistake could have been made.

And eventually, Andruschat says he was told this by phone, “We're not going to have any further discussions about what happened. We did admit to you this is what happened. We are doing our investigation, but you will not be privy to any more information."

Millard Fillmore Hospital is not talking to 2 On Your Side either. Repeated requests for an on-camera interview were turned down.

Kaleida spokesman Mike Hughes wrote this in an email, “(Andruschat) is being represented by an attorney. We won’t be going any further due to legal being involved.”

Andruschat has hired a lawyer and says he is considering a lawsuit although he has not filed one. Asked if he would pursue a suit if the hospital explains how the suspected lapse in sterilization happened, Andruschat replied, “It would make it a lot easier not to."