'I've advertised 41 years in the industry, so I figured I'd start throwing them on vehicles. I got three vehicles lettered,' Naples said. 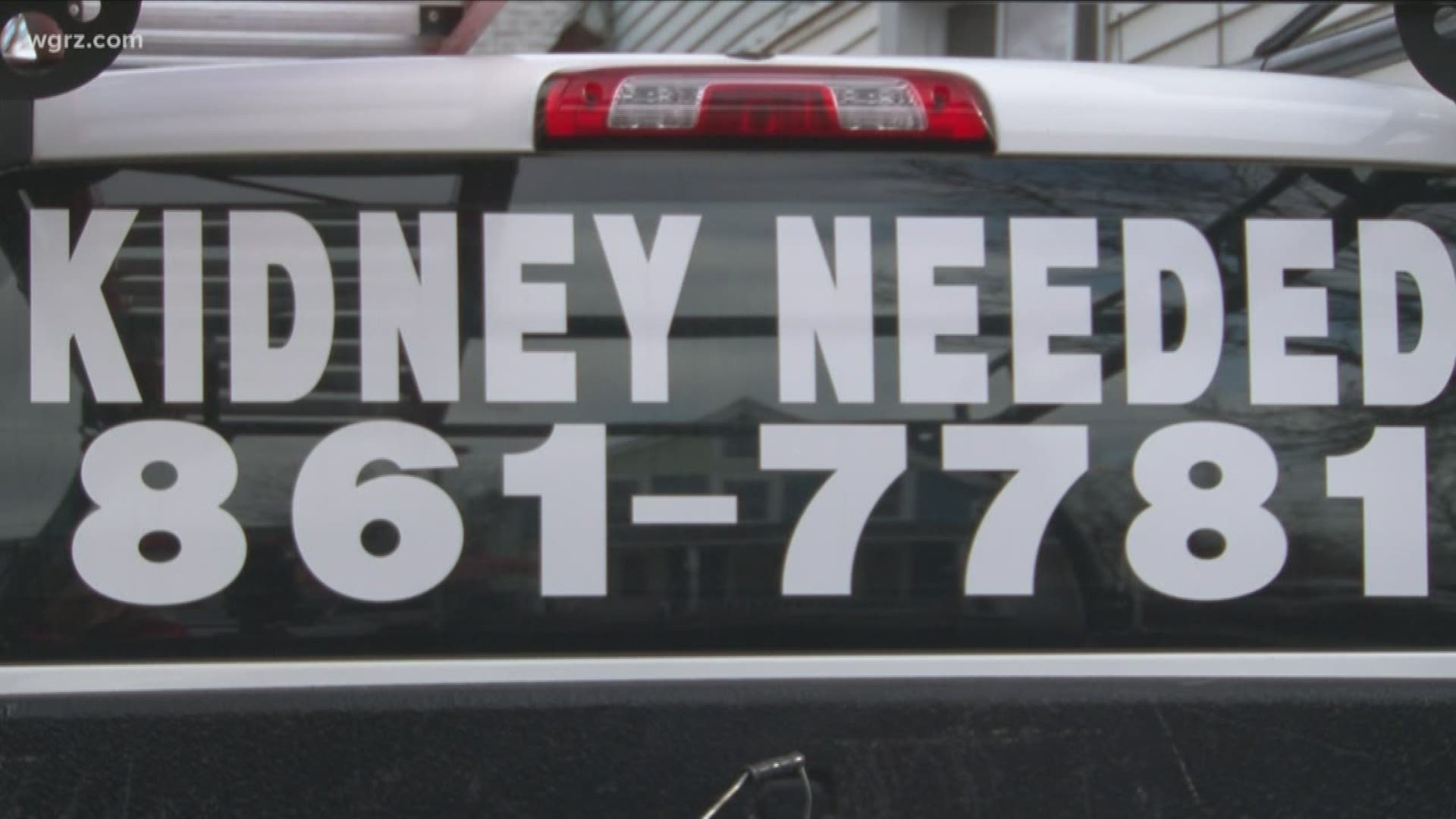 BUFFALO, N.Y. — The one thing you can't call 65-year-old James Naples is lazy.

"If he could, he'd work on Christmas, he would work on Thanksgiving. And it's not for a financial thing, it's his customers," said James Naples Jr., Naples' son.

"My dad's been roofing since he's been 12. He quit school to feed the family, long story there was no food in the house. He took care of his brothers and sisters."

For the first time in four decades, Naples is unable to work and had to hand over his Naples Roofing and Siding business over to his son James.

He also needs someone else to take care of him for a change. After living with diabetes for more than 20 years, it finally took its toll last May.

"Wound up getting congestive heart failure and got on dialysis. Got a port in me. So I'm on dialysis now and searching for a kidney," Naples said.

"The second time they actually put him to sleep and then he woke back up, and he didn't have the kidney because it had blood clots in it," James Naples Jr. said. 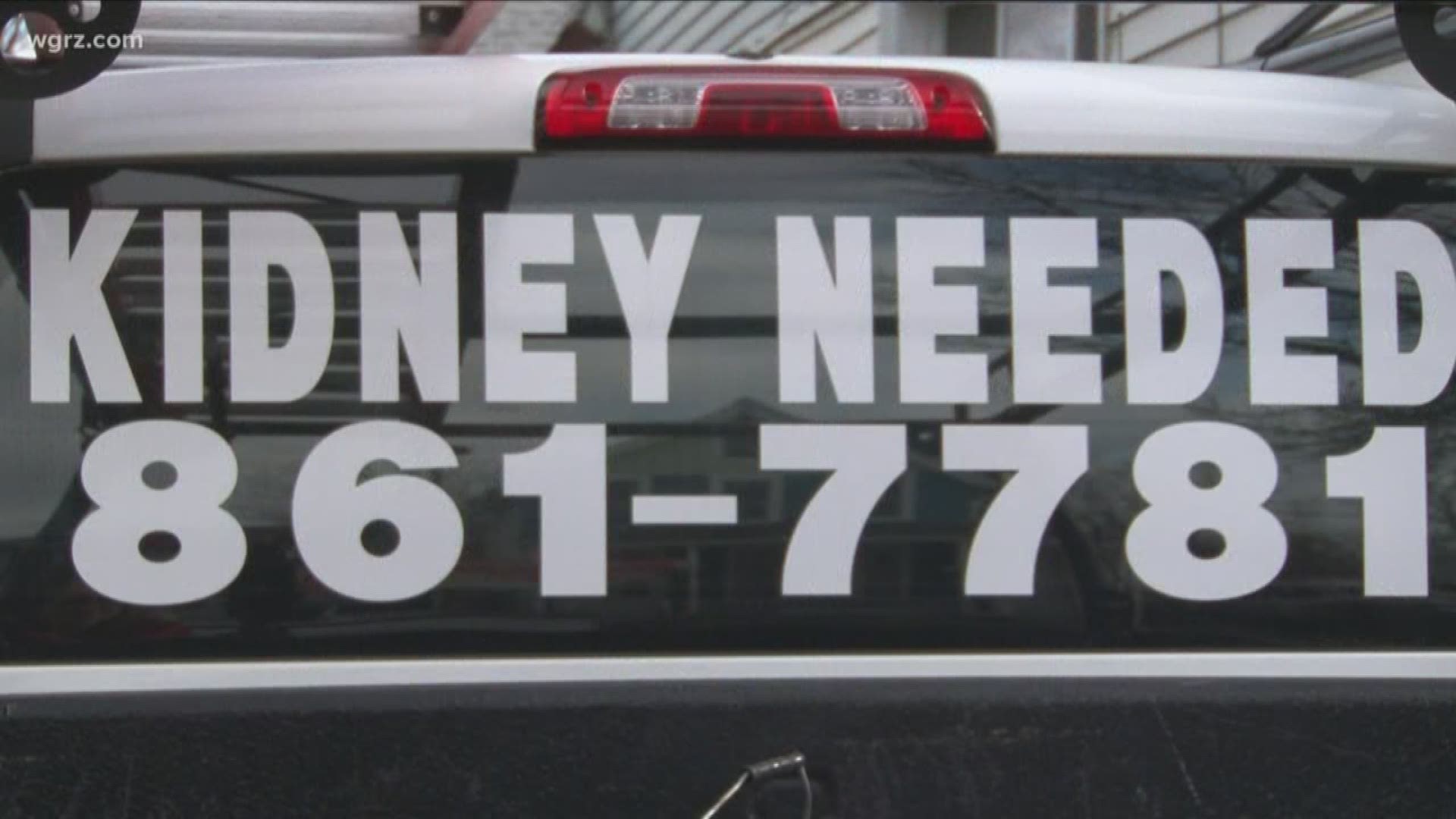 So he decided to take things into his own hands with some custom advertisements saying "kidney needed" with his phone number on the back of his car.

"I've advertised 41 years in the industry, so I figured I'd start throwing them on vehicles. I got three vehicles lettered," Naples said.

"You see stories and stuff online about people doing stuff like that, but it's heartwarming," James Naples Jr. said.

But the right donor hasn't been found just yet.

"It would be a blessing, it would give him a fresh start, it would relieve the tension in the family because everyone is worried about him. It would definitely be a miracle," James Naples Jr. said.

But most of all, it would give him more time with those he loves.

"I got four daughters, two sons and five grandkids. I would at least like to see them grow up," Naples said. "... Oh yeah, I would still work."

It would also allow the workaholic to continue doing what he loves the most.

RELATED: Electric Tower lights up red as reminder that you can save a life