The CDC said earlier this week that there are now 805 confirmed and probable cases of vaping-related breathing illness, and the death toll has risen to 13. 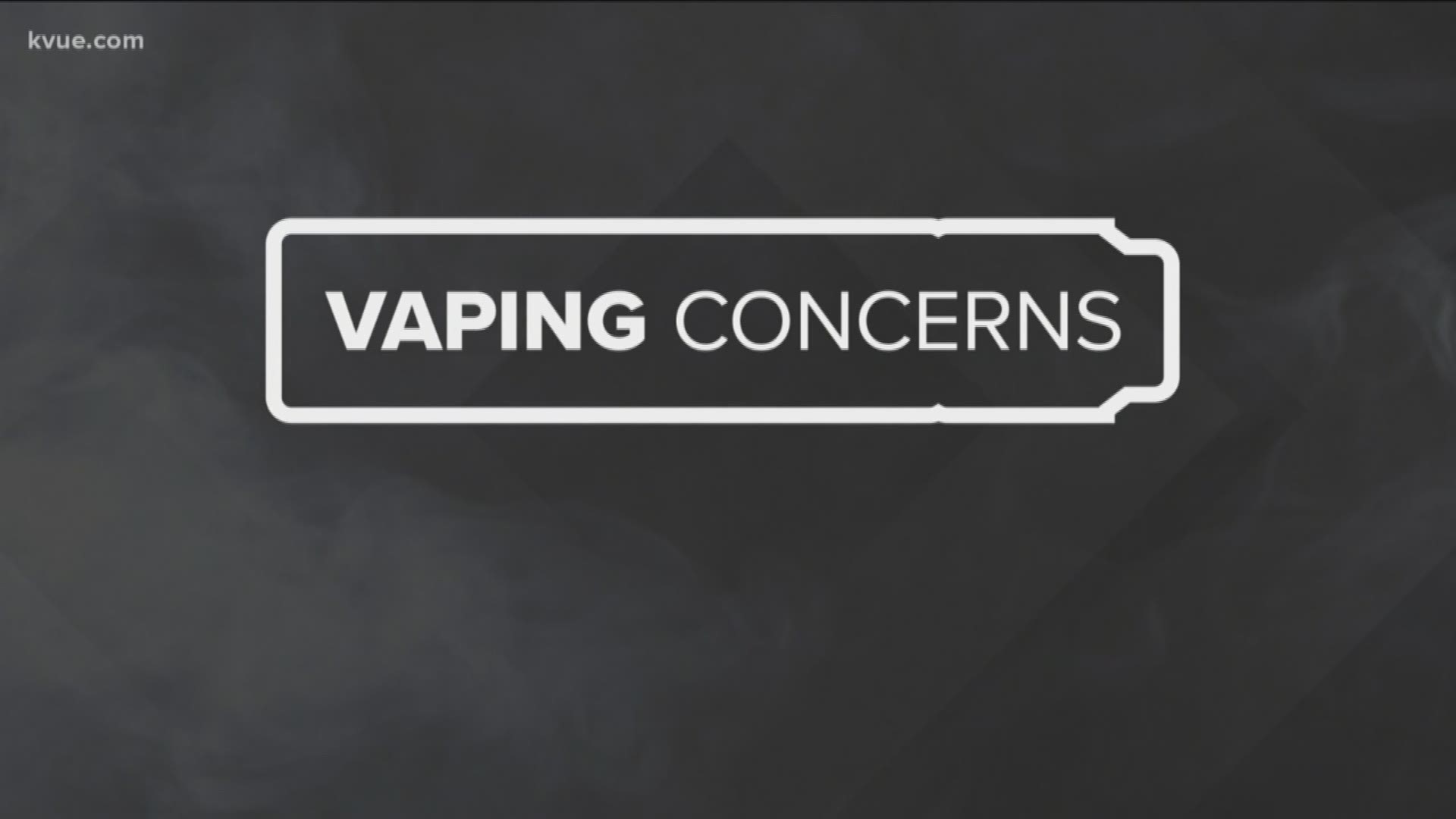 AUSTIN, Texas — H-E-B will no longer be selling electronic cigarettes.

H-E-B said that all e-cigarette products were withdrawn from all stores last week.

"At H-E-B, the safety of our communities and the well-being of all Texans is our top priority. Due to the unknown health implications of vaping, H-E-B immediately discontinued the sale of e-cigarettes last week," the company said.

The Centers for Disease Control and Prevention said earlier this week that there are now 805 confirmed and probable cases nationwide of vaping-related breathing illnesses, and the death toll has risen to 13. Austin Public Health has confirmed six lung injuries associated with e-cigarette use in Travis County alone.

US probe of vaping illnesses focuses on THC from marijuana

US vaping illness count jumps to 805, deaths rise to 13

Earlier this month, Walmart also announced that it will discontinue sales of e-cigarettes at its namesake stores and Sam's Clubs in the U.S. when it sells out of its current inventory.

Additionally, earlier this week, Juul Labs announced it will no longer promote its e-cigarettes in print, digital and TV advertisements.

According to the CDC, 16% of these vaping-related illness cases involved teenagers. Dr. Michael Warner and Austin Public Health told KVUE parents can help wean their children away from vaping products by recognizing what the different types of vape products look like and by having an open conversation with their children.

Symptoms of vaping-related illnesses include:

If an individual exhibits any of these symptoms, Dr. Warner suggested seeking medical help immediately.

Round Rock toddler hit and killed by car near soccer field