UB spinoff firm's technology could be used in vaccine manufacturing. 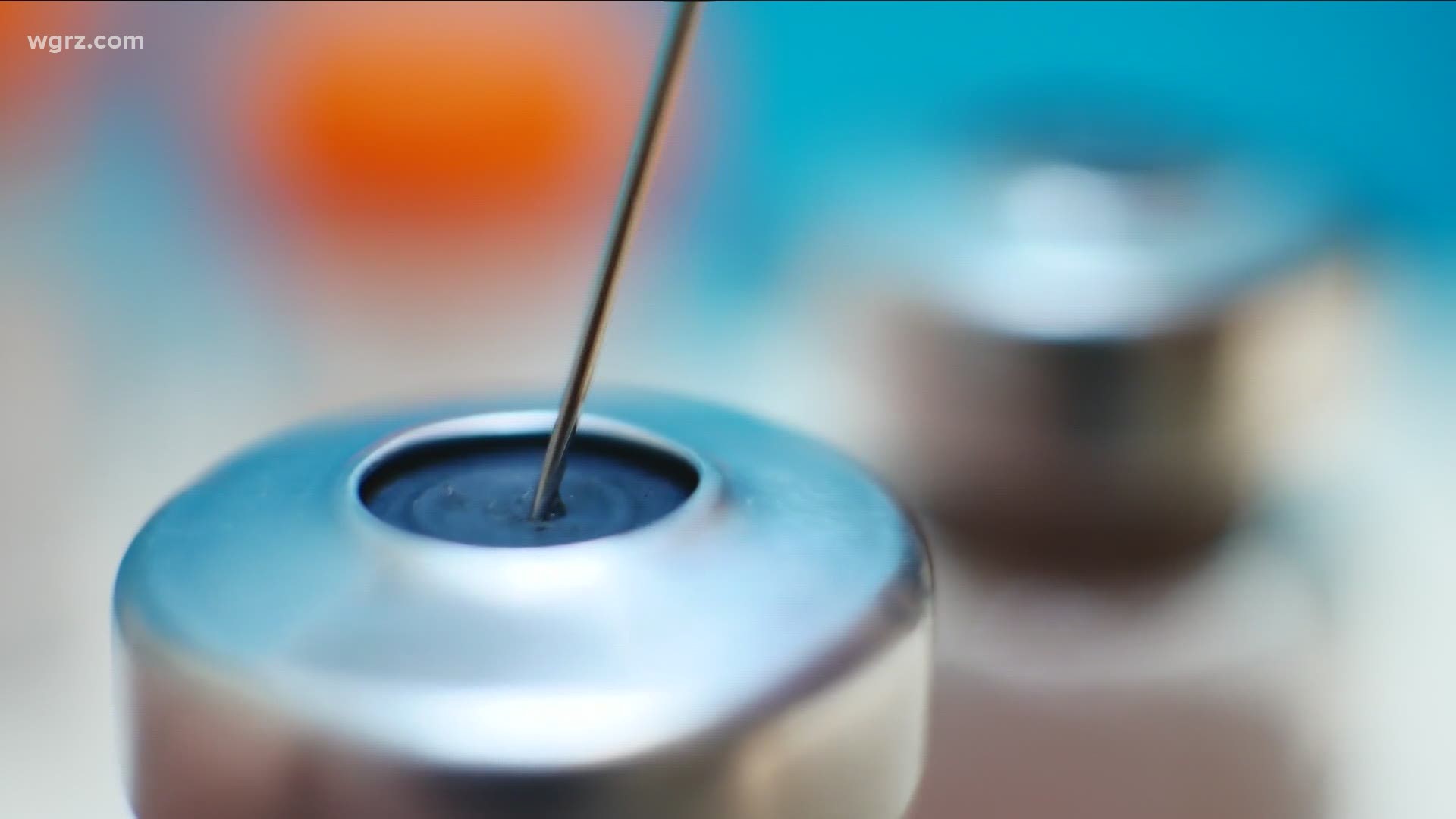 BUFFALO, N.Y. — With the rush to produce that tremendous volume of COVID-19 vaccine, it's been a major undertaking for pharmaceutical companies.

2 On Your Side spoke with a UB pharmacy school professor to learn a bit more about what's involved to make it. And we learned about a UB-connected company that hopes to become involved in vaccine production in the future.

While UB Pharmacy School Professor Raymond Cha has never worked in one of those production plants, as an infectious disease expert he understands some of the challenges in that manufacturing process.

"These vaccines are technologically advanced and as a result they need a particular type of equipment since they are genetically based medicines," Cha said.

In essence genetic engineering and a light speed increase in our knowledge of the human immune system, which fights off disease, helped propel the development and now production of vaccines in 11 months that in the past would have taken years.

Cha notes there was a great degree of cooperation between government, scientists, and industry and the use of the internet to be able to share all that knowledge and make it work to save lives.

There is also the underlying realization that it all had to be safe because its going directly into our bodies.

But we also asked Cha if things can wrong in that complicated production process. He replied, "Certainly, absolutely. And given the scaling up process too and the necessary increased numbers of things going on in new equipment and standardization of that equipment and new training - absolutely as we scale up there's room for problems and errors for sure."

According to a researcher quoted by the Associated Press, "In this case you can't just water down the soup to feed more people" - so pharmaceutical firms couldn't always meet all their promised production goals.

And of course it's the ultimate "You Paid For It" since the government did order and buy all that vaccine.

But it turns out new players are in the vaccine market. There is even a hometown entry called Pop - Biotechnologies. It is a UB spinoff firm in the Baird Research park incubator program. It was started about five years ago and has several employees.

Jonathan Lovell is one of the co-founders who is also a Professor in the Biomedical Engineering Department, which is a joint program between the university's School of Engineering and Applied Sciences and the Jacobs School of Medicine.

They are using such technology to bolster the immune system. Lovell explains, "When COVID hit we actually thought to see if this approach could be beneficial for COVID related proteins."

Pop Biotech has signed an agreement with the EuBiologics pharmaceutical firm of South Korea and they hope to soon start human clinical trials in that country to test this vaccine. Their eventual hope is that such a vaccine could be developed to be distributed to various countries and populations in Asia.

Ultimately Professor Cha looks to the future with such advances in vaccine research and development. He agrees that while they are vastly different approaches for vastly different diseases, some of that technology and knowledge developed in this war against COVID may someday in some ways be used for that so-called moonshot effort to come up with a vaccine for cancer.