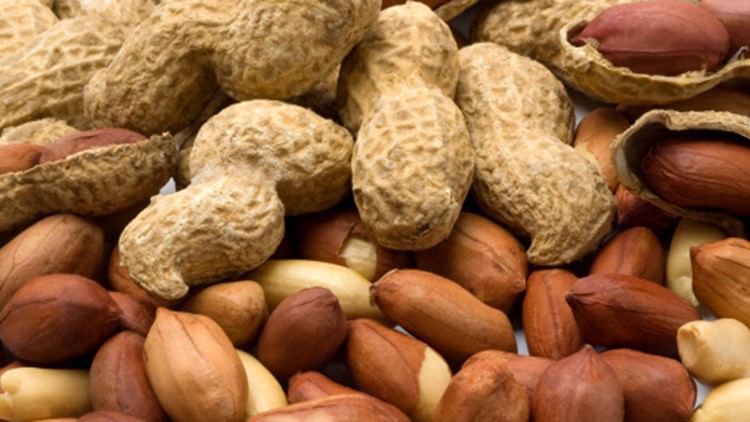 Could a blood test change how peanut allergies are diagnosed in kids?

The test, called the Mast Activation Test, is in early stages of testing and won’t be at your doctor’s office any time soon. If its promise delivers, it could be used to help find the peanut allergies earlier, and less expensively, than the system now in place.

Now, if a child shows a reaction to a “skin prick” test, the standard for diagnosing peanut allergies is the oral food challenge (OFC). For that test, patients are fed incrementally larger amounts of peanuts in a medical setting -- with a team standing by in case of anaphylactic shock.

The MAT would be a relief for parents, patients and clinicians alike because it would be less expensive and less stressful.

The United Kingdom-based researchers behind the new blood test claim it is accurate, almost eliminates false positives and is five times more cost effective than the OFC.

They also claim it would mean clinicians could eliminate the need for two-thirds of the OFCs currently done.

Details of the new blood test were revealed in a letter to the editor published last week in the Journal of Allergy and Clinical Immunology.

The test is still in the experimental phase, with no clinical prototype yet. The researchers behind the MAT acknowledge that it needs further study before it could be widely used.

Research suggests that approximately four percent of children and adolescents are affected by food allergies, according to the U.S. Centers for Disease Control and Prevention.

The MAT blood test is a glimpse of a possible future when it comes to treating and detecting peanut allergies. Other experimental therapies are being tested, as well.

A potential new therapy for those with allergies "tricks" the immune system into responding to exposure to an allergen, like peanuts, with a different immune system pathway than the body’s typical allergic response -- which can prevent activating the cells that cause allergic reactions.

Researchers at the Mary H. Weiser Food Allergy Center at the University of Michigan successfully tested the new allergy "vaccine" in mice with peanut allergies. They hope human trials are in the future.

They’re calling it a vaccine because it primes the body to eliminate the typical allergy response..

A pill to help peanut allergies

Research has shown that pills containing actual peanut protein could act like a vaccine for the immune system in a different way, by teaching the body, gradually, to react more normally to peanuts.

Use of the pills in a method called oral immunotherapy isn’t meant to eliminate the allergy, just to reduce the severity of an allergic reaction to peanuts, according to a study published in the Journal of Allergy and Clinical Immunology.

The goal of the treatment is not to cure the allergy, but to train the immune system of an allergic person not to react as severely if exposed to a small amount of peanut. It works by slowly desensitizing the patient with increasing doses of the allergen.

Food supplements that could prevent allergies

With parents looking for guidance to navigate the often nerve-wracking process of figuring out exactly when, and how, to introduce allergenic foods to their babies and toddlers, some companies are stepping in with precise plans and even ready-made powders that offer help.

Medical advice of the past was to keep babies away from allergy-producing foods like oranges, peanuts, and eggs till they were older.

New research and the rising numbers of children with documented food allergies have conributed to a shift in guidelines that now recommend early introduction of foods.

Until 2008, the American Academy of Pediatrics had recommended waiting until a child was 3 years old to introduce peanuts. Now, parents are often being guided to start introducing allergen-containing foods closer to when they begin feeding babies solid foods, generally around 6 months of age.