New York State reports 518 people were in the hospital with the virus as of Monday, which is an increase of 24 people from Sunday. 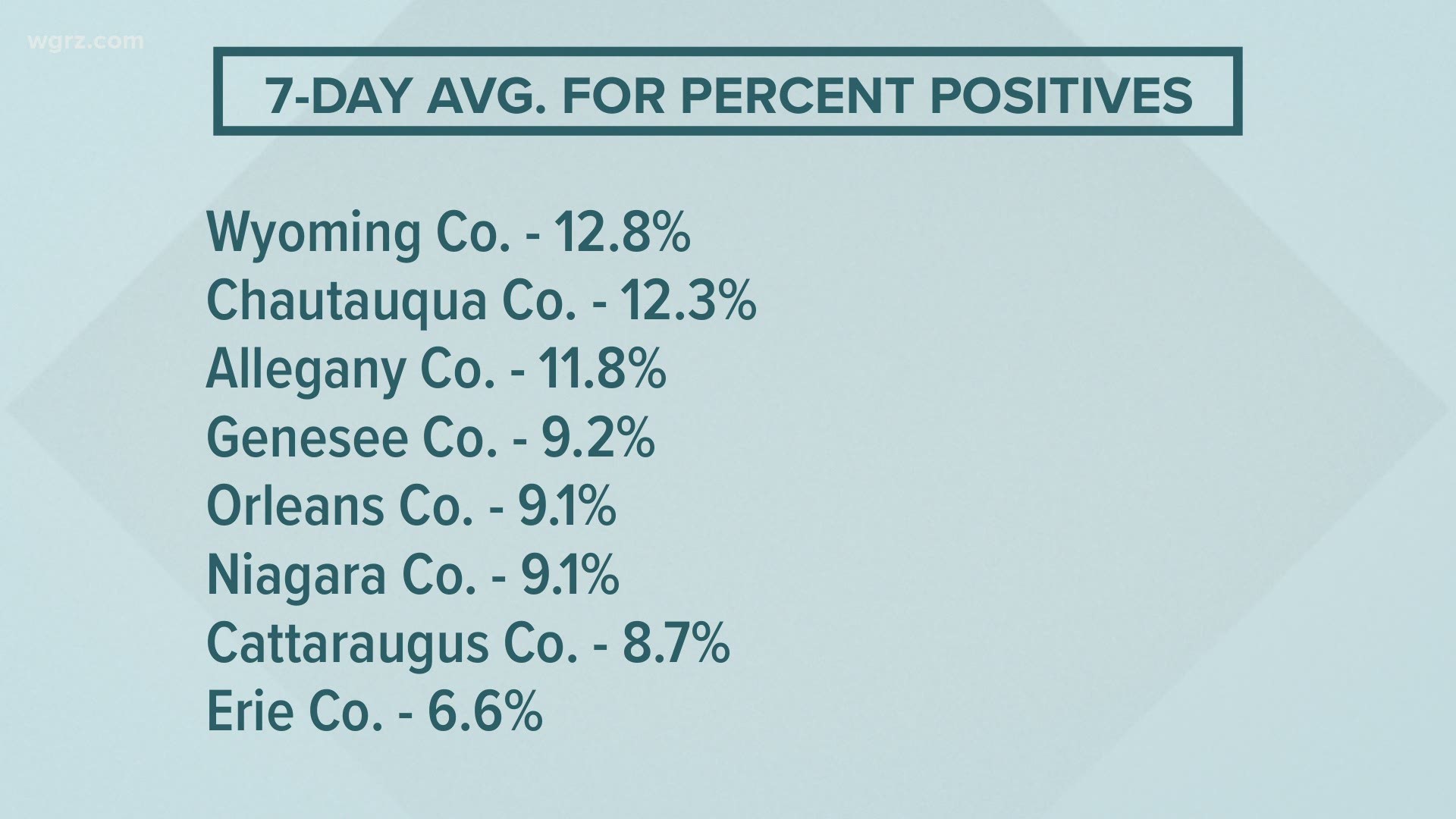 New York State reports 518 people were in Western New York hospital with the virus as of Monday, which is an increase of 24 people from Sunday. This equates to .04 percent of the region's population.

At this time, 31 percent of hospital beds are available in the region.

Meanwhile, the region's seven-day average for percent of positive test results has decreased yet again on Monday, to 7.67 percent. This is a decrease from 7.83 percent on Sunday.

The updated rolling average of percent positive test results in each of the eight counties in our area can be viewed below:

Most of those seven day averages are down, with the exception of Allegany County which is slightly up.

Total COVID hospitalizations are at 8,926.

Sadly, there were 164 fatalities. pic.twitter.com/ZKccVBFVOB

Statewide, 196,671 test results were reported on Monday, with 15,214 coming back positive for a percent positive rate of 7.73 percent.

The governor's office reports 8,926 people are hospitalized across the state with COVID-19; an increase of 281 from the day prior. Of those hospitalized, 1,492 are in the ICU and 909 require an airway assist.

One-hundred and sixty four New Yorkers died Monday from COVID-19. Since the pandemic began, 32,007 people have died from COVID-19 across the state.

"New York is continuing to fight COVID-19 across the state by increasing our testing capacity, ensuring the hospitals have enough space, and vaccinating New Yorkers as quickly as possible," Governor Cuomo said.

"The numbers over the past two weeks suggest you could see a flattening after a spike from Thanksgiving, Christmas and the New Year. We said we would hope and aspire for a flattening in late January, and you could argue that you start to see a flattening now. Positivity in almost every region is down from the high during this holiday spike."