Gov. Cuomo will allow outdoor ceremonies of up to 150 people.

If you go to one of these outdoor graduation ceremonies, you will also have to stay socially distant. The ceremonies are allowed to start taking place June 26.

While these are the rules right now, the state says this could all change if there are any outbreaks or significant changes in the COVID-19 metrics. 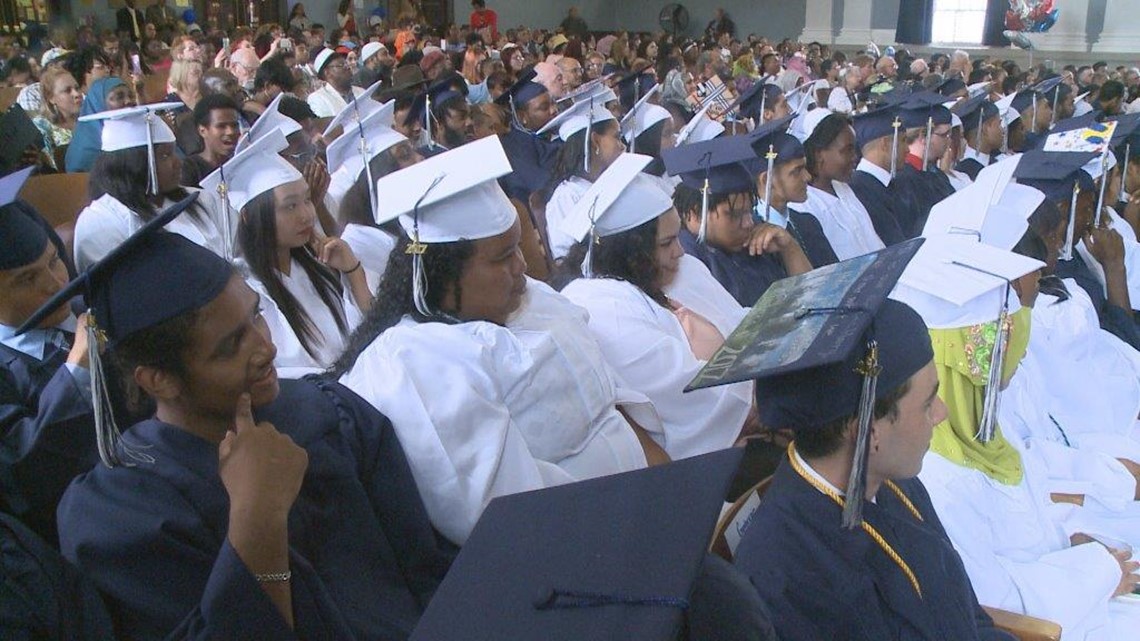 Niagara Falls City School District Superintendent Mark Laurrie says he wanted to make sure that high school seniors had a say when it came to deciding how to handle graduation this year.

“When I first heard it, the first thing that came to mind is I'm not making this decision. I refuse to make this decision. This is a decision that needs to be guided by adults but made by student leaders. And, it's just as important for student leaders to have that learning how to make those decisions, how to know everybody's not going to agree with it, how to make a decision under pressure. Those are as important as anything you learned in social studies, science, math or English," says Laurrie.

Niagara Falls High School is the third largest in Western New York, and there are four-hundred Wolverines graduating this year in what will be a new experience for everyone.

If they did an outdoor graduation ceremony for seniors in Niagara Falls, they'd have to have at least three ceremonies following the current state guidelines.

So, to talk about how to handle this, Superintendent Laurrie had a virtual town hall meeting Monday with leaders of the senior class.

"What they decided to do was to keep the graduation procession the way they had it prior to the Governor's decree. They felt it was important that they all receive their diploma nearly the same time, and most important to the graduates, whereas if we did it our way with a procession, their parents could be involved. And, that was the deciding factor to continue to hold it as a procession from our field house to a tent in our art guild that the graduate along with their parents or guardians would be able to get their diploma together have a picture taken and not have to do something virtually for the parents," says Laurrie.

Everyone will have to wear a face mask at the procession.

Normally, Niagara Falls would have an indoor graduation ceremony with the four-hundred graduates and a capacity of about 3,500.

For Cleveland Hill, where there's a graduating class of one-hundred this year, they were planning on having a two-part graduation - a drive-up ceremony in the morning followed by online speeches.

The high school principal met with seniors Monday to talk about the new rules and whether they wanted to change their plan, and they decided to stick with it.

"Unfortunately, with 150 people being the cap, that would mean my one-hundred seniors and about twenty staff members would take up just about all the spots, leaving out the parents, and although a lot of our parents have volunteered, and saying we would be willing to do that, that's a sacrifice that I never want a parent to have to make," says Cleveland Hill High School Principal Timothy Wiles.

"They certainly don't teach you these things in principal school. So, it's one of those were, with more time, we can make a better plan, always. But in this case, being a small high school, we've got a very close leadership team. I've got the full support of the Board of Education and the Superintendent. So, all along, it's been well communicated. We've had a lot of stakeholders. And, you know, with more time could we have maybe done something different, possibly, but at the end of the day, we've got so many people involved in the decision making, that it's going to be something that we've created together, and it's an experience we'll always share," added Wiles.

In North Collins, another smaller district, the superintendent told 2 On Your Side they're talking about options for a socially distanced outdoor event. They hope to have new info by the end of the week.