The number of COVID-19 patients who were hospitalized in the Western New York region increased by two on Monday to 506. 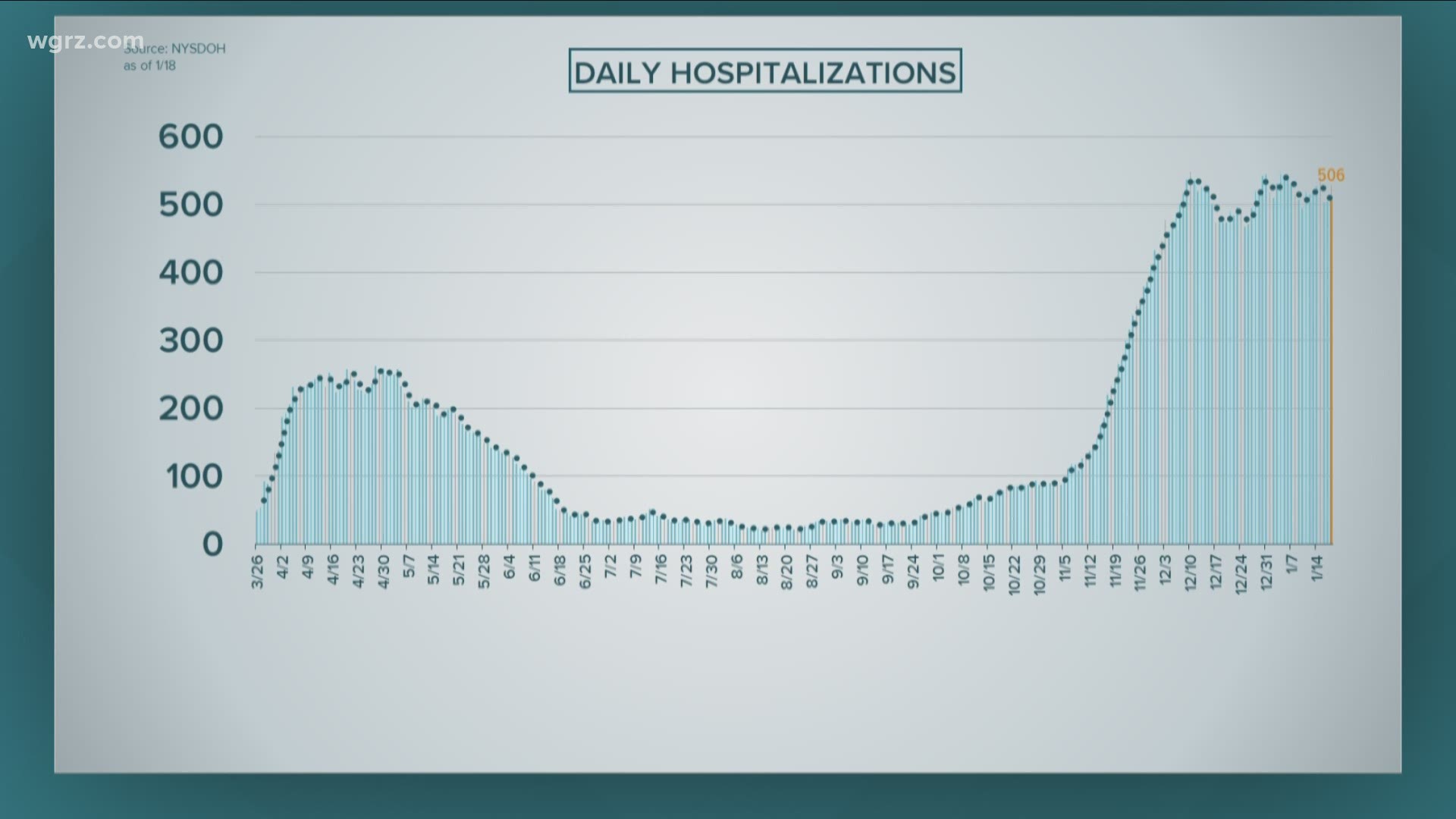 BUFFALO, N.Y. — The number of COVID-19 patients who were hospitalized in the Western New York region increased by two on Monday to 506, which equates to .04 percent of the area's population. It’s the second consecutive day of a small increase.

At this time, 32 percent of hospital beds in the region are available.

The current seven day rolling average for the percent of positive test results for each of the eight counties in our area can be viewed below.

The average in Erie County did increase from 6.3 percent to 6.5 percent on Monday, but it remains down compared to one week ago.

Meanwhile, the statewide percent positivity rate was 7.06 percent. The state reports 177,269 tests were reported on Monday with 12,512 coming back positive.

The number of COVID-19 related deaths also increased on Monday by 167, bringing the total number of deaths reported in New York State to 33,224.

Total COVID hospitalizations are at 9,236.

Sadly, there were 167 fatalities. pic.twitter.com/Ets0DlDHTx