In the past couple weeks, as federal supply of the vaccine to New York state has remained the same, distributions to some Western New York counties has decreased. 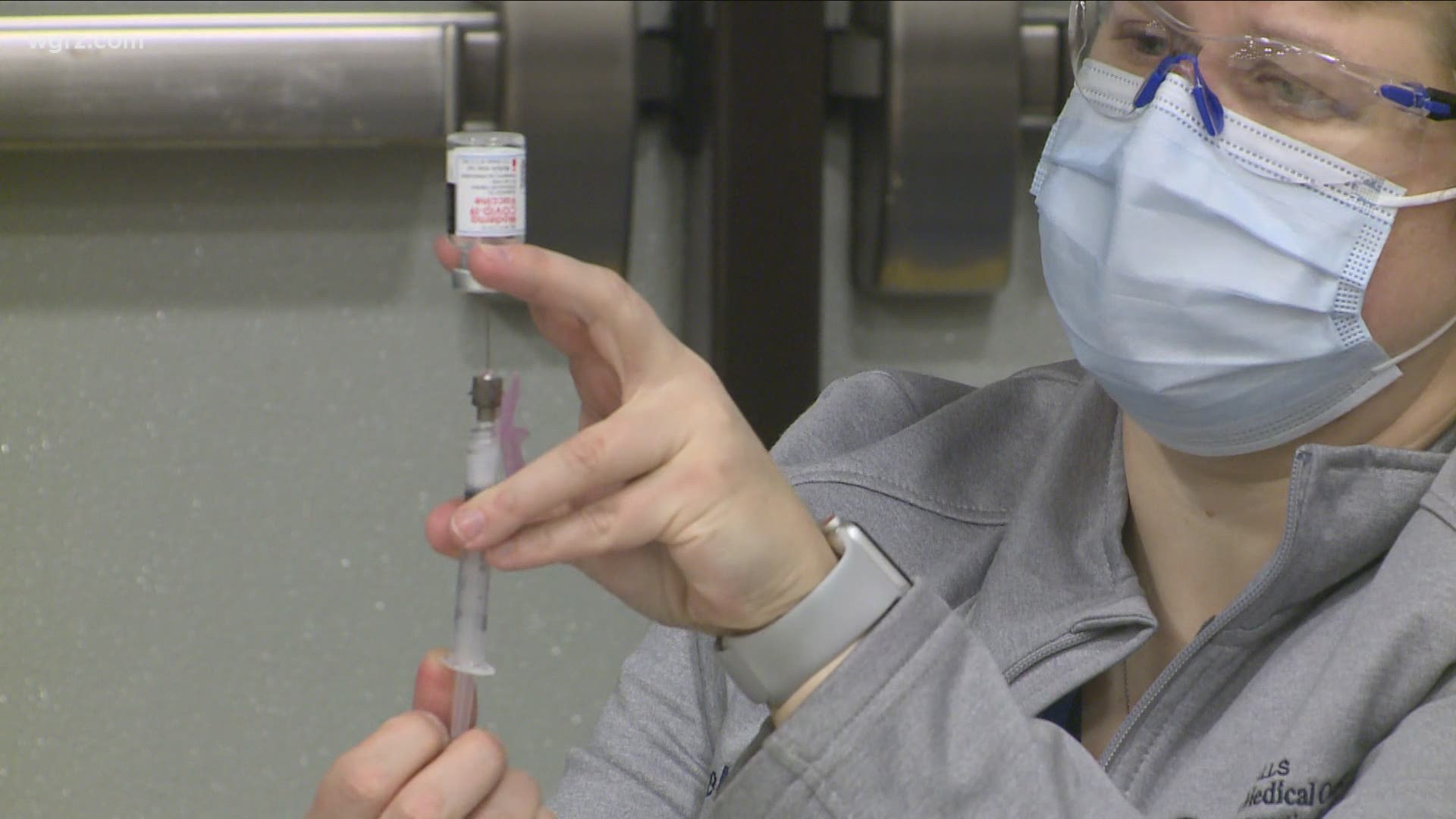 BUFFALO, N.Y. — As New York State tries to keep up with demand of COVID-19 vaccine, more supply is on the way, but it will still be extremely limited.

And according to some local officials, vaccinations have dropped dramatically.

In looking at the numbers not only from Erie County, but also Niagara County, COVID vaccinations have been dropping the past couple of weeks, while supply to the state from the federal government has remained the same.

Gov. Andrew Cuomo has said that on a weekly basis New York gets 250,000 doses from the federal government.

"They're basically delivered through private carriers and they arrive at different times across the week. Some jurisdictions are starting to receive them already, that's 250,000 dosages," Cuomo said.

We've inquired with the state health department and the Governor's Office how many doses Western New York will get? We're still waiting on a response.

In the past, COVID vaccine distributions have been done based on population. Still, we're hearing from some counties that their doses are being cut by the state. 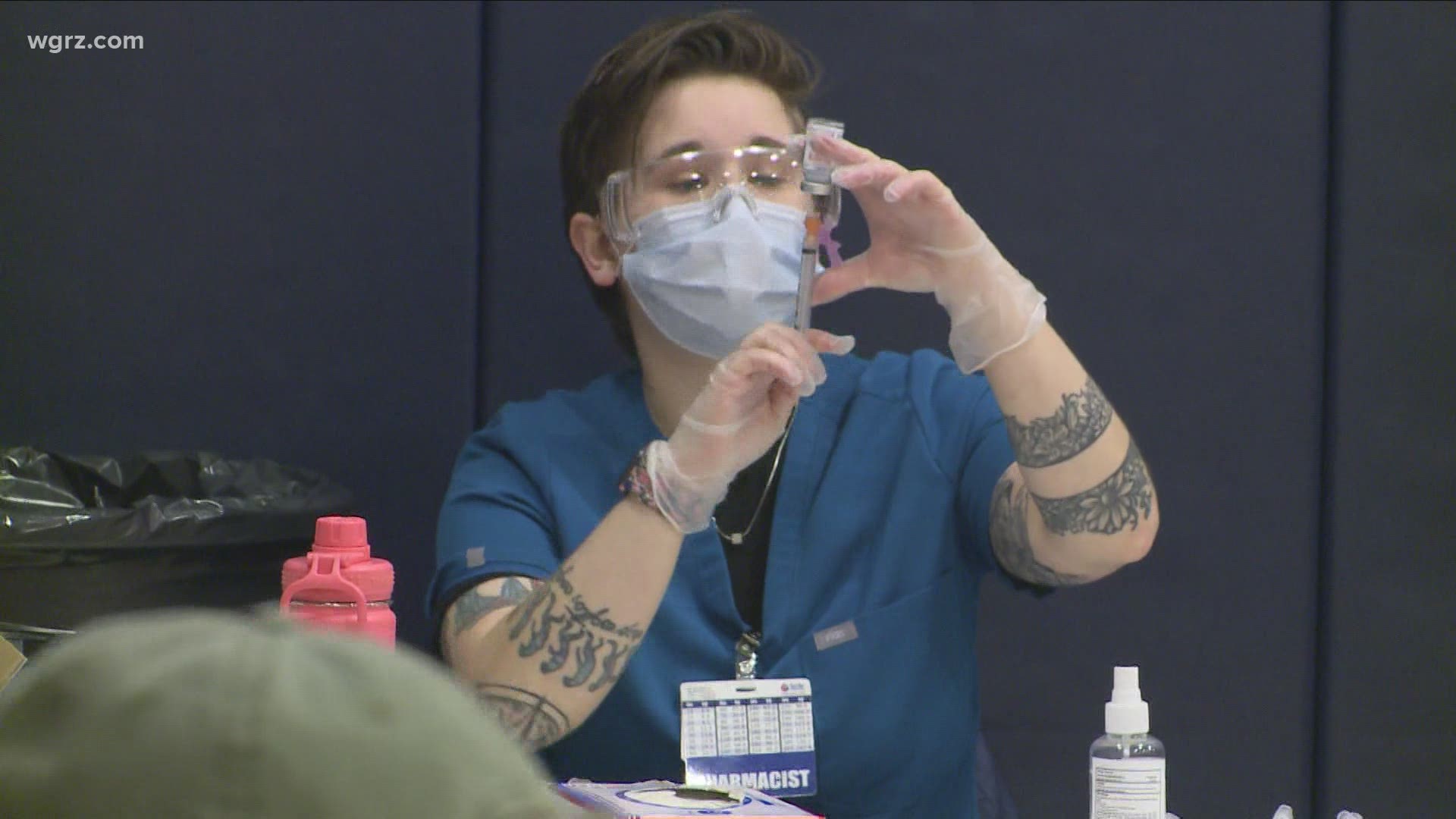 "We know that we got 1,700 doses this week. We've been told we're probably going to get the same amount next week, plus whatever we need for the second dose, which is going to be about 400 individuals for next week," Erie County Executive Mark Poloncarz said.

In Niagara County, public health director Dan Stapleton said between 300 and 700 vaccinations are expected next week, which is way down from weeks prior.

"We pretty much went down from a week's worth to a day's worth, and we have no other way of getting doses. The hospitals basically are empty. Their other doses are going to pharmacies and the state site. Unfortunately, the state controls the distribution of doses in New York State, and we can't get it anywhere else," Poloncarz said. 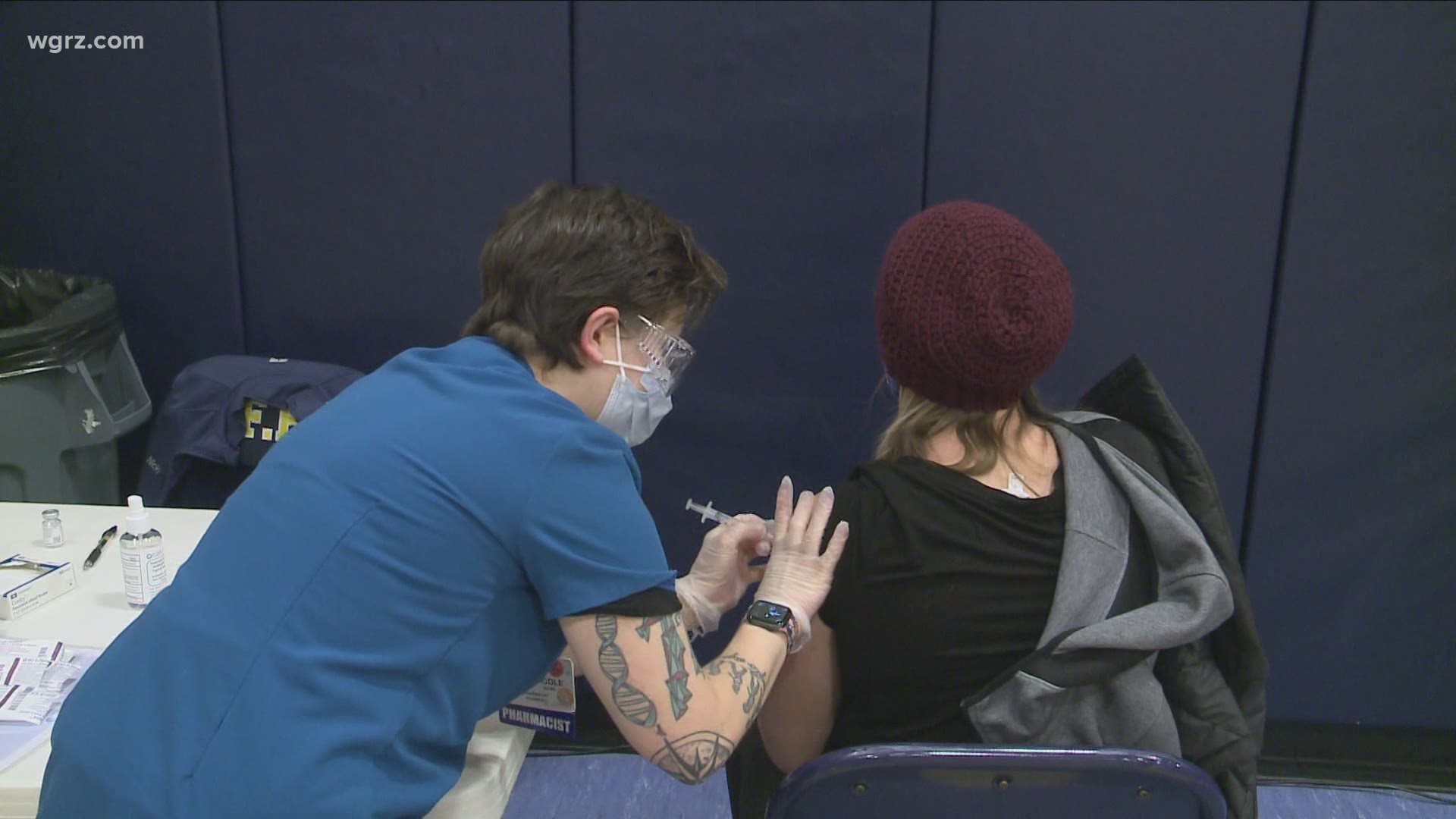 In recent days, the governor has been talking about making COVID vaccine more equitable among essential workers, health care workers and seniors.

Pharmacies are specifically approved to vaccinate those who are 65 years old and older. This just speaks to the need to have more supply.

According to the state’s Covid vaccination tracker, 96 percent of doses have been administered.

Cuomo says the state’s supply of first doses will be exhausted by the end of the day Friday or might have ran out Friday afternoon.

Running out of first doses was something the governor talked about earlier this week and was somewhat expected as the state looks to get more doses of the Moderna and Pfizer vaccines from the federal government.

The way the state looks to handle distribution and administration of the vaccines is to run out of first doses every week and then replenish that supply from the federal government.

Tonight @WGRZ we're taking a look at #CovidVaccine distribution. Some local officials tell us they're seeing cuts in their allocation of doses. For example, in Niagara County, health officials tell us 2,200 people were vaccinated this week. Next week, 300-700 are expected. @WGRZ pic.twitter.com/RNxV1WgYKX