Hotel Henry ceasing operations is adding another level of stress for some Western New York couples planning their weddings and trying to understand state guidance. 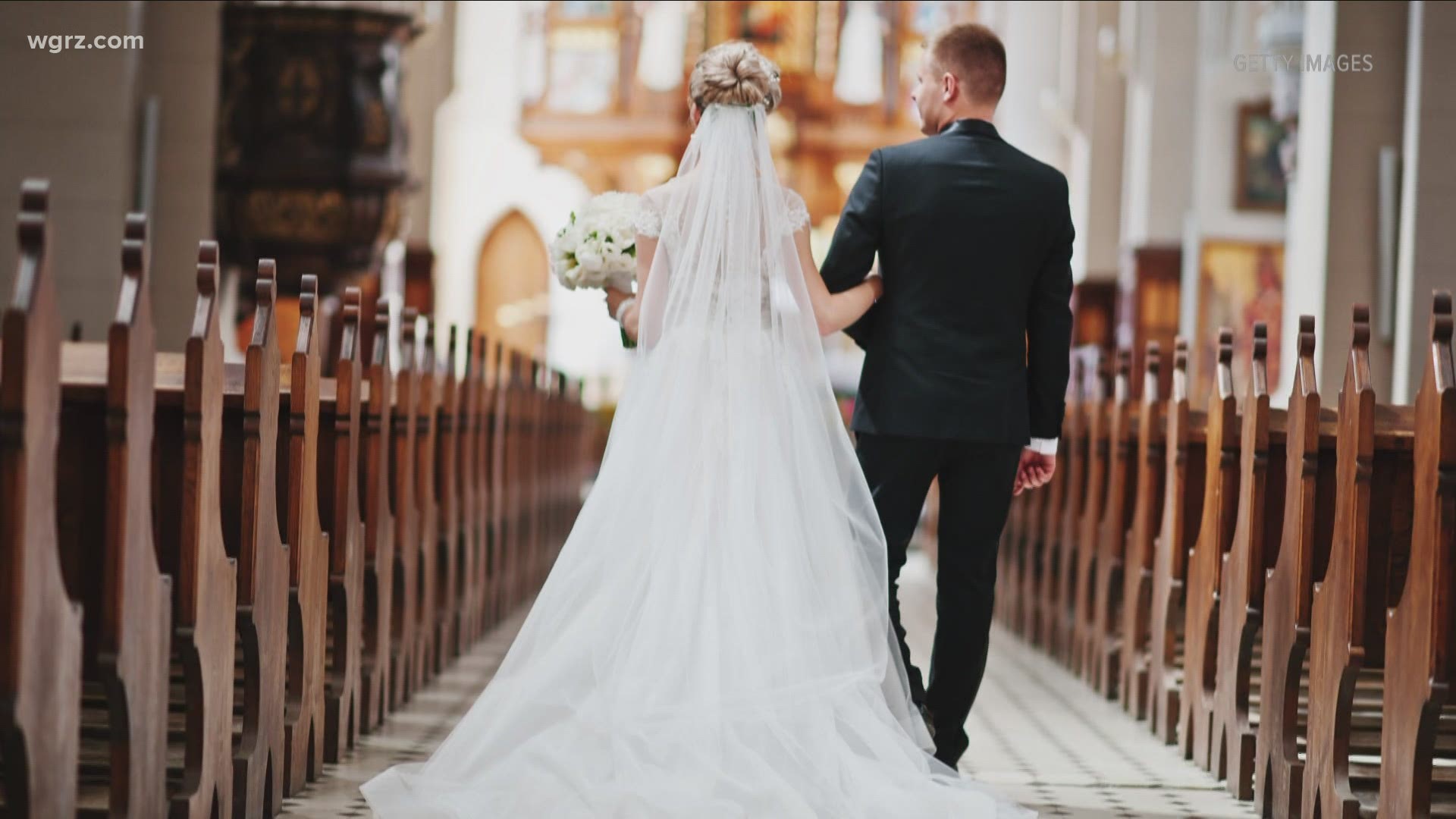 BUFFALO, N.Y. — News of Hotel Henry ceasing operations at the end of the month is adding another level of stress for some local couples planning their weddings and still trying to understand new guidance from New York State.

Steve Phillips and Emily Ricotta of Amherst got engaged in September of 2019 and booked their wedding for June of 2020 at Hotel Henry in Buffalo.

"I think we booked them in October of 2019, and we knew instantly that there was nothing compared to the uniqueness of Hotel Henry," Ricotta said.

Due to the coronavirus pandemic, the couple had to reschedule their wedding to June 12, 2021.

However, with that date now just months away, the couple has to find a new venue after Hotel Henry announced they would be ceasing operations at the end of the month.

"Many, many people are in the same boat as us. It's definitely frustrating, but we are lucky that we have our health and everything and taking precautions. We just have to ride it out," Phillips said.

Of course their case is more extreme than most, but many engaged couples are in similar situations with questions about what their wedding could look like this year.

Gov. Andrew Cuomo announced that starting March 15 weddings can be held at 50% capacity or up to 150 people. All people would need to be tested before the event and would need health department approval.

David Gordon is the owner of Creekside Banquet & Picnic Grove. He said he and others in the industry have questions about how the testing would work.

"The biggest problem is part of the condition to hold these events over 50 people is that everyone needs to provide a negative covid test within x number of days before they can attend the event. So that is a challenge for us and everyone in this business," he said.

Erie County Executive Mark Poloncarz was asked Tuesday if the county has received any more guidance on who would perform testing for these large events from New York State.

2 On Your Side reached out to a spokesperson from the governor's office about when more guidance will be released and was told "guidance is forthcoming."

Gov. Cuomo announced weddings can resume at 50% capacity or up to 150 people with testing and health department approval.

No further guidance from NYS has been released.

Are you an engaged couple waiting for more information?
I want to speak with you. Send me a DM.@WGRZ